Home » In 2021 Nexter continued to roll on a good trajectory 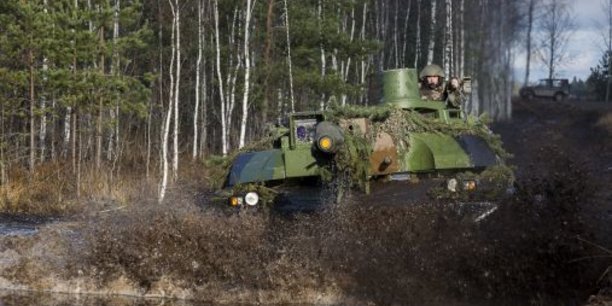 Nexter stays fit. If the bills are not fully settled, the armaments group led by Nicolas Chamussy had a good year in 2021. This is the case for the order intake, even if it is lower compared to a historic year 2020 (1.3 billion euros, against 1.97 billion in 2020). According to our information, order intake from France represents more than half of the 2021 balance sheet, as does the turnover, which could reach EUR 1.3 billion (compared to EUR 1.1 billion in 2020). Or a perfectly balanced book-to-bill (order to turnover ratio). It is clear that Nexter remains profitable and gradually rolls towards the 10% operating margin required by management and shareholders.

The export orders won in 2021 mainly include contracts Caesar 8×8 in the Czech Republic (257 million euros) and 105mm guns to Thailand (12 units) as well as contracts for the Rafale fighter plane, equipped with Nexter’s 30mm gun and ammunition. The group also won numerous ammunition contracts. In France, Nexter has won a major order in particular related to: the renovation of the first 50 Leclerc tanks† It is also the most important of 2021.

Orders already in the backlog of 2022

In 2022, the year started with a bang with the announcement of two contracts in France for an amount of 1.8 billion euros : an order for 33 Caesar NG and the refurbishment of the 76 systems currently in use (600 million) and another with the purchase by the army of 356 new Griffon armored vehicles, including 54 in the MEPAC version, and 88 new Jaguars (1.2 billion). In France, Nexter, which has been part of the Scorpion program for several years, is waiting for a support contract for the VBCI.

When exported, the Caesar continues to shine. The 8×8 version would now be of interest to Saudi Arabia. In addition, Belgium could sign a new contract in 2023 under CAMO (Serval vehicles and Caesar systems). Finally, Nexter wants to offer the VBCI to Morocco, which has already received a plethora of offers (Patria, General Dynamics and the Turks…) In short, the chances of the VBCI seem low, especially since the bilateral relationship between Morocco and France is bad.