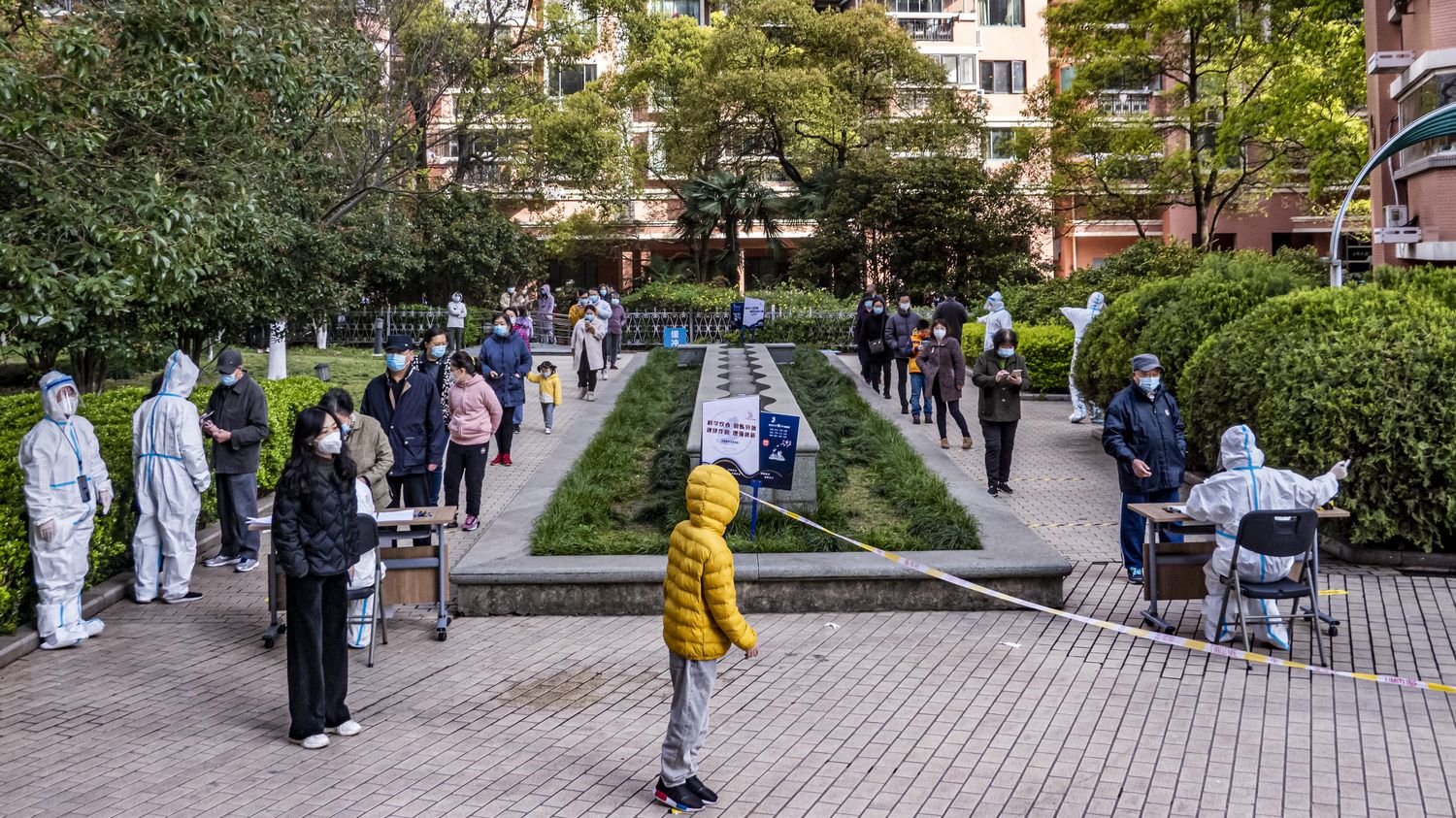 Food sometimes difficult to access, patients refused in hospital, fear of being placed in solitary confinement … The people of Shanghai will be confronted on Friday 1 April with the gradual detention of China’s most populous city. The metropolis of 25 million is facing the worst epidemic outbreak since the start of the pandemic.

To avoid total confinement in the face of the Omicron variant, the town hall alternately placed the two city halves under a bell jar to conduct a general screening there. The east (Pudong) has been completely closed for four days since Monday. From this Friday it will be the turn of the West (Puxi), in theory for the same duration.

However, many residential complexes in Pudong, where the emblematic skyscrapers of the business district are located, remain limited due to the discovery of positive cases. “It’s basically a general confinement of the city”according to a user of the Chinese social network Weibo.

#Shanghai #pudong 9 million inhabitants should have been unlocked last night. Not too many positives #COVID-19 Today, almost the entire city is locked up. 1st inclusion of #Shanghai since the beginning of the #pandemic policy#0Covid.

The announcement of the lockdowns on Sunday sparked an influx of consumers to supermarkets eager to stock up on food. Vegetable prices have risen and tripled in some markets. Even the ultra-popular fresh food delivery apps in China are struggling due to a lack of delivery drivers. However, there is no shortage to fear, according to the official media and the authorities have announced that they will be handing out baskets of fresh products.

“But what everyone fears most is being quarantined in these prefabs that serve as isolation rooms. The conditions are very bad.” one resident told AFP. The press also reports cases of patients with asthma or requiring dialysis who died after being sent away from hospitals for lack of negative Covid tests.

According to France Télévisoins correspondent in China, Arnauld Miguet, residents who have balconies will not be able to enjoy them during the confinement. Those who have a pet have made litter boxes in their apartment because they can’t take the animals outside for their needs.

A senior city official, Ma Chunlei, admitted this week that preparations for Covid had been “inadequate”. A hashtag has been created on Weibo with which Shanghainese can report their problems. The town hall has launched a helpline.

China’s health ministry announced more than 7,200 new positive cases across the country on Friday, including about 4,500 in Shanghai. High numbers for China, which has a “zero Covid” strategy. Despite questionable results, Health Ministry spokesman Mi Feng assured that the will to continue this policy was strong. “unshakable”.