Home » REPORT. Togliatti, a factory city suspended in the fate of Renault in Russia 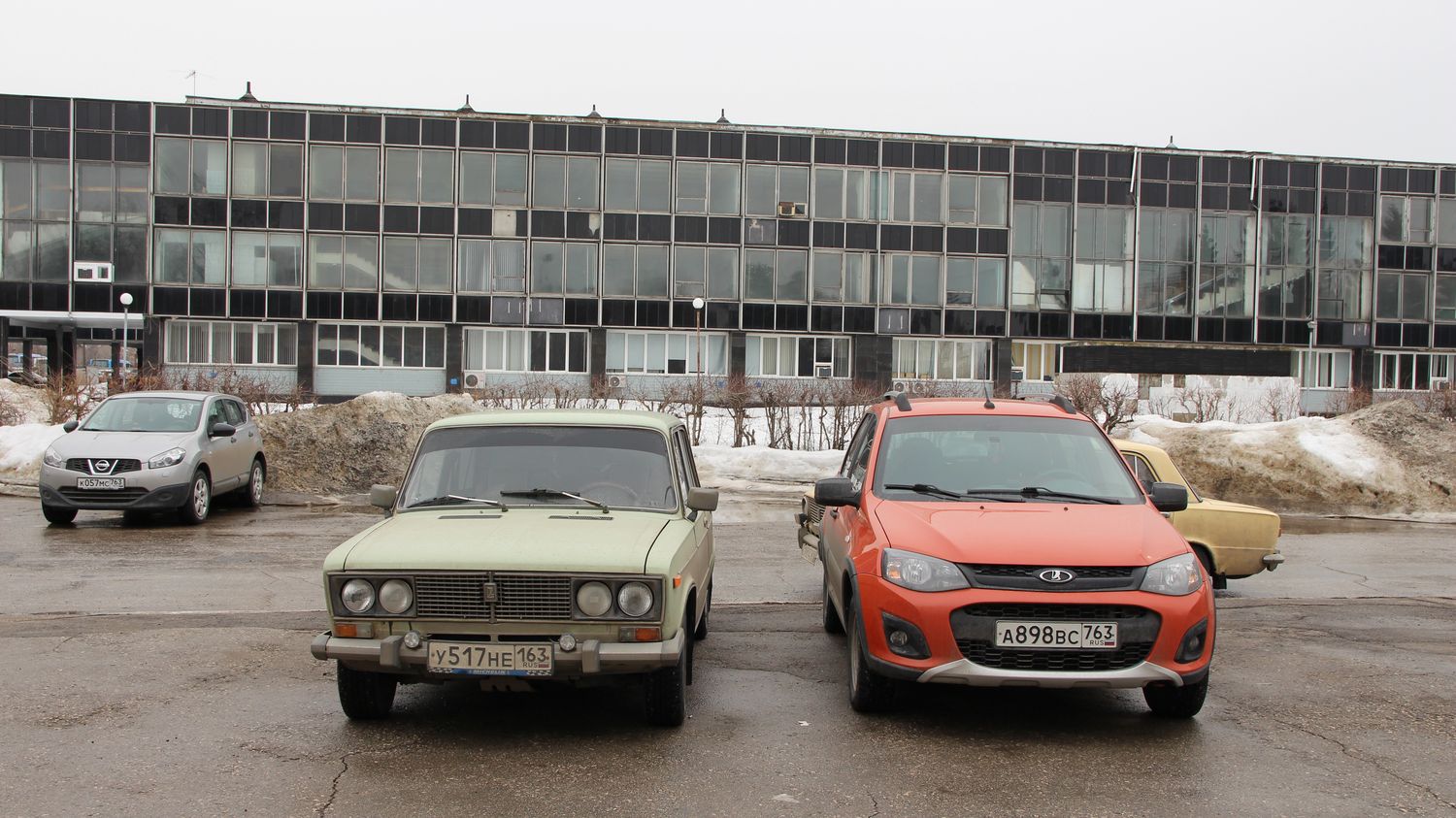 At the reception of the Lada Resort, one of the best hotels in Togliatti, there are three clocks on the wall: one indicates the local time, the other two that of Paris and Tokyo. If this city of 700,000 inhabitants, 1,100 kilometers southeast of Moscow, is close to the major world capitals, it is because it has been home to the AvtoVAZ headquarters since its foundation in 1970.

More than a seat in reality: a gigantic car factory, which was one of the largest in the world under the USSR, now 68% owned by the Renault-Nissan alliance. Here, in this city renamed in 1964 in memory of the former Italian communist leader Palmiro Togliatti, the legendary “Zhiguli” Ladas have been manufactured since then, and now also Renaults and Dacias, destined for the Russian market.

But today, under pressure, Renault performs miracles. And the city too. “We don’t know what the French are going to do”complains Zoulfia, shopkeeper at AvtoVAZ, and that worries me of course.” Like many Russian women of her generation, this 40-year-old raises her student son alone. “In April and May I will have to look for a second job”she breathes. A few days ago, Zoulfia and her colleagues learned that the factory would be closing again. With the sanctions, some components no longer reach the edge of the Volga. “We are forced to take our summer vacation in April”, tease Irina, a colleague of Zoulfia. Both said no. Life in Togliatti is too hard to sacrifice the summer holidays, they explain. And a shame if their salary is halved. They are used to it. They’ll take care of it.

The war in Ukraine has cast doubt on everything. And seems to have broken a momentum that even the Covid could not have stopped. Since 2017, AvtoVAZ has been profitable again. However, it was far from over when the Frenchman took over the factory in 2012. “The facilities were in very bad shape.recalls Piotr Zolotaryov, a former trade union official who retired in 2017 after 33 years on the channel. Some of the machines dated from the beginning of the factory, the workshops were poorly ventilated, in the summer we collapsed from the heat. We were very far from European standards”, he explains. AvtoVAZ had attempted a first marriage with General Motors, which in particular gave birth to a strange car: the Chevrolet Niva. “The governor of the region had bought the first”remembers Piotr laughing, when he came to take delivery, for the whole factory, the doors refused to close!” The US-Russian Union is collapsing. The French will be the saviors of the Russian industrialist.

But the shock treatment is painful. In four years, the factory lost half of its 70,000 employees. “People were initially suspicious when French management arrivedrecalls Leonid Emchanov, chairman of the independent trade union AvtoVAZ. The first thing they promised is that there will be layoffs, but more people will stay. Only there was no real rise, just a few kopecks…” Unions protest at that time. But the methods of management, inherited from the Soviet Union, are still extremely cruel. “While we were organizing a strike, I was kidnapped early in the morning on my way to work in the lobby of my building”recalls Piotr Zolotaryov.

“AvtoVAZ security guards took us to the forest with a friend and they threatened to attack us.”

Everyone agrees that corporate culture has changed since then. And working conditions have improved. But life remains hard in Togliatti. Salaries are low, about 35,000 rubles per month (just over 370 euros). ‘It is less than the Romanians at Dacia’plague Leonid Emchanov. “The French also sold the sanatoriums, kindergartens, holiday centers that we had”regrets the union leader. ‘City has been impoverished since Renault’s arrival’analyzes Pavel Kaledine, a freelance journalist from Togliatti. “The factory gave up socio-cultural facilities that the city cannot maintain and develop. The French have changed suppliers and subcontractors have had to close their doors here.”

Irina observes the decline of the factory city: “This city was built thanks to AvtoVAZ. People came here to make money. But now it’s not worth it, you can find work elsewhere with a better wage.” At the independent union, Alexander Kalinin, a machine operator, does the accounting: “More than half of the people I know at AvtoVAZ have a second job. They are taxis, delivery drivers…” In the city, ads are thriving for lawyers offering to consolidate credit to deal with over-indebtedness in bus shelters.

But it is also thanks to Renault that the group occupies a solid leadership position in the Russian market. The information that the French manufacturer could withdraw from Russia are you all concerned. “It is very painful to read that Renault is going to leave, because they have done a lot of good for AvtoVAZ.” laments Andrei Ivanoff, who runs a small paint business, supplier of AvtoVAZ, in the neighboring town of Samara. “I’ve already had to put five people on vacation. Of the 25 employees, that’s huge!”

“We don’t want the French to leave, even if they haven’t always treated us well”tempers Anna Perova, who is retiring after 32 years as a production worker. “Of course everyone feels bad todaycontinues this earthly woman who suddenly turns dark and chooses her words carefully. Nobody likes the events in Ukraine. The Ukrainians are under bombs. And for us here, you see the ramifications of this military operation.”

“We want this operation to be ended as soon as possible so that peace returns to Ukraine and that we can work normally again.”

The calls for a boycott, the international sanctions that cut off the factory from certain essential parts, are not really understood in Togliatti. One of the few French people left, Jordan Delafosse, is currently seeing this every day. “Many of my Russian colleagues feel that they are being punished as if they did something wrongsays this young engineer for almost three years on behalf of a Renault service provider. People calling for a boycott fail to see the reality of what Renault is here. We produce vehicles for a category of people who are not particularly wealthy. And the people here say to themselves: but you really blame us? It’s very hard to admit and understand.”

His partner, Yevguenia Slabienko, has set up a small kindergarten with English-language education. It is already feeling the first effects of the coming crisis. “Prices are going up for a whole range of productsshe explains, and some of my clients have financial problems. I’m afraid they’ll leave me because I’ll be one of the first costs they cut.”

The couple is mainly confronted with an unforeseen situation. Jordan has just learned that the development projects he is working on have been frozen. If he no longer has a contract, he cannot stay in Russia. “I have two children from a previous union who have a very strong bond with their father.explains Yevgenia. And I am attached to my country. The thought of leaving my family breaks my heart. I’m in a personal conflict.” The young woman is worried about the future. “I’m starting to realize we’re not going to have good quality clothes for the kids anymore, maybe we won’t have good quality food either.she says. When I see all those shops closing, it’s like someone says to me: you’re not welcome anymore. And I take it very badly.”