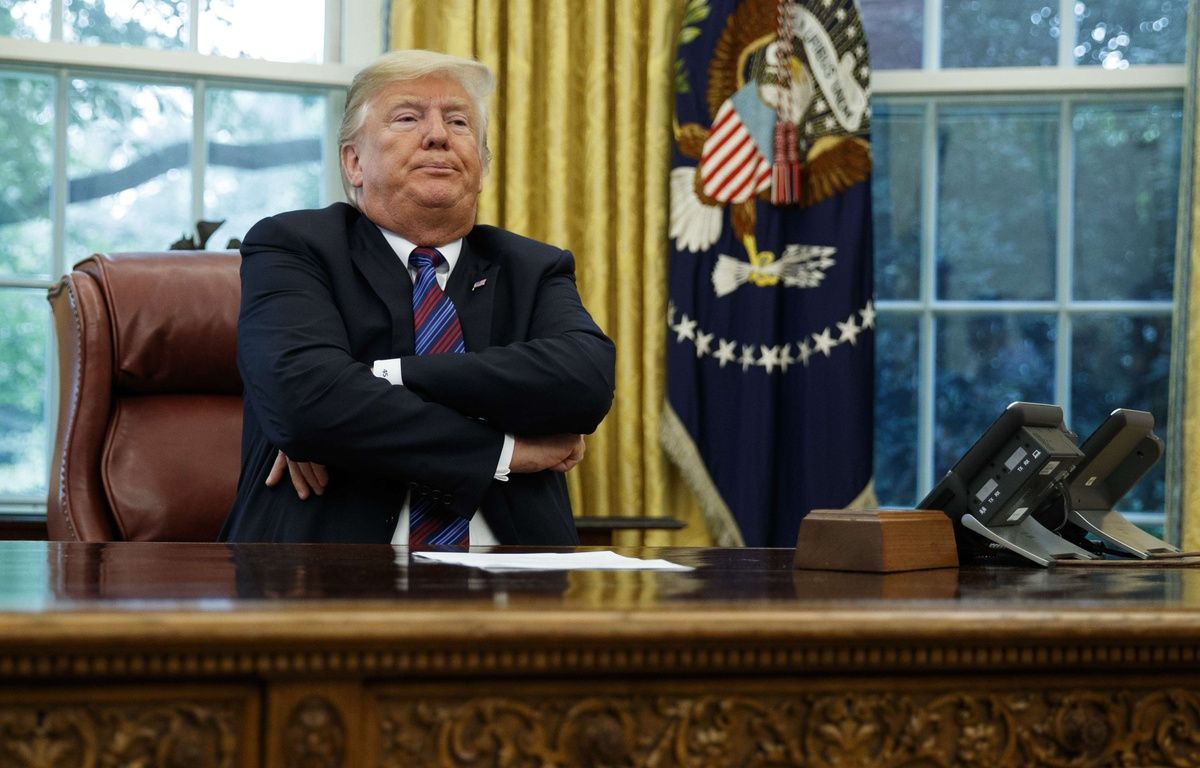 Donald Trump had promised a platform to “fight against the tyranny of the tech giants”. But six weeks after the “soft launch” for a limited audienceThe Truth Social network, which should have been “fully operational” by the end of March, is sinking into the depths of Apple’s app store and has just over a million users. So much so that Donald Trump himself doesn’t use it yet.

And as the former president’s social network, banned by twitter can turn things around after the attack on the Capitol, the departure of two executives, namely the technology director, revealed by Reuterssows doubt.

After registration the day after the launch, on February 23, the verdict is given: “Due to high demand, we have put you on the waiting list. “Our position? 518,418th. A classic strategy for creating buzz in Silicon Valley, with apps often using a system of exclusive invites or waiting lists, the time to hunt for bugs. Except six weeks later, nothing has changed. Worse still, our ranking actually dropped by 80,000 places. And if an email to the press officer allowed us to cut the line, the general public is not taking advantage of this luxury. For a new registration on Monday, the virtual queue now numbered 1.5 million people.

After the initial buzz, downloads in the iOS app store plummeted 93%, according to figures from Sensor Tower. There is still no Android version and Truth Social has not answered our email questions about when the network will be fully operational. Former elected official Devin Nunes, who took charge of the Trump Media & Technology Group on which Truth Social depends, assured it would be the case by the end of March.

Downloads from Truth Social, Donald Trump’s network, have fallen 93% in the iOS app store, according to Sensor Tower, from 872,000 installs in the week of its launch at the end of February to 60,000 currently over 7 days. pic.twitter.com/qPyuPD25MP

Six weeks after launch, it’s still impossible to private message or create lists. At the moment there is no “trending” section to recognize topics that are emerging, such as on Twitter and Facebook, or even on the conservative networks Gab and Gettr.

Donald Trump is not active

“Get ready! Your favorite president will find you soon,” Donald Trump swore in late February. Washington Post† Currently, the former White House tenant has 843,000 followers on Truth Social, up from 88.7 million on Twitter when he was banned, or less than 1%.

After registration, Truth Social offers about 50 accounts to follow. Donald Trump, of course, but also his sons Eric and Don Jr, as well as Fox News host Sean Hannity. The rest seems to be aimed at a male MAGA audience with stories of gun enthusiasts or “sexy girls playing golf.” Most conservative influencers, including Tucker Carlson, Candace Owens, Ben Shapiro, Glenn Beck or Mike Cernovich, are missing from the network. There are few elected officials there, with the exception of Republican House boss Kevin McCarthy and controversial Representative Marjorie Taylor Greene, whose personal account was suspended by Twitter last January. On the other hand, parody accounts abound, featuring fake Hunter Biden, Nancy Pelosi or Anthony Fauci.

Misinformation and lack of moderation

With all that, things are bleak on the “Truths” and ReTruths side of the flow. Many accounts recycle their posts or articles shared on Twitter. Discussions on current topics remain limited: the hashtag #Trump indicates that 1,850 people are debating it, against 1606 for #Ukraine, 254 for #Obama (who was at the White House Tuesday), 74 for #Zelensky and only 22 for #Bucha.

At the moment, moderation seems limited or even non-existent. Even if the charter allows Truth Social to remove “false, inaccurate, or misleading” contributions (alongside violent, racist, or pornographic content), misinformation abounds, between QAnon conspiracy, Kremlin propaganda, and vaccine skeptical statements: Donald Trump, Vladimir Putin and Xi Jinping work to ‘exterminate the Nazi world order’, Hunter Biden has funded the “biological laboratories” in Ukraine, and the anti-Covid vaccine is causing “an explosion of cancers” (no link was established†

Earlier this year, Devin Nunes said Truth Social would accept “different opinions”. But the network cannot give free rein to its users under penalty of sanctions: in early 2021, Apple and Google had removed the Talking app from their app stores after the proliferation of messages “inciting violence”. This is the paradox of Truth Social: Donald Trump dreams of freeing himself from Gafa, but needs them more than ever.