Home » The Bucks safe in Chicago 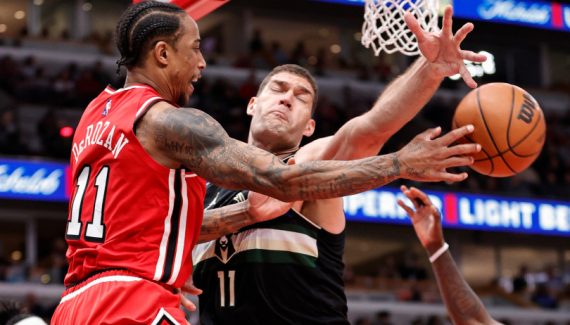 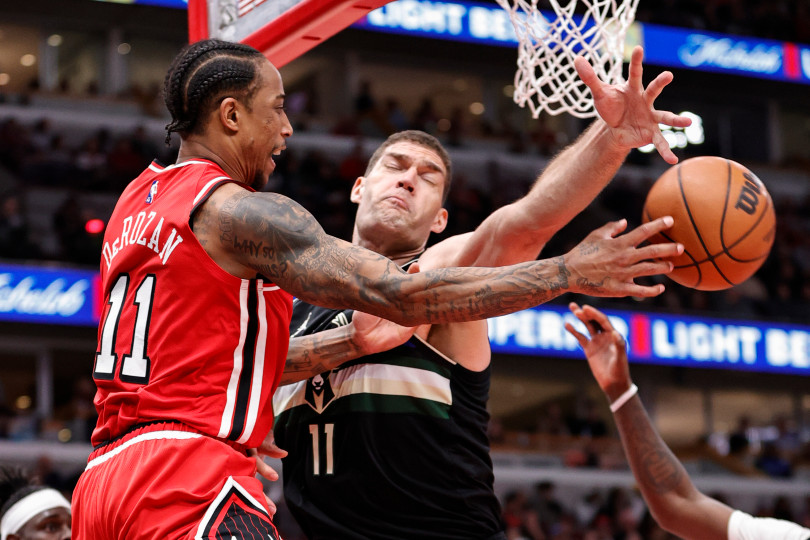 DeMar DeRozan’s 40 points will not have weighed very heavily in the balance. In Chicago, it was the Bucks who returned to victory at the best moment to keep in touch with Boston and Philadelphia on the Eastern Conference podium.

Milwaukee made it easier with his good start and a team built around… Brook Lopez. The pivot quickly rose to fame, most notably participating in the Bucks’ 16-2, finishing with a 3-point from Grayson Allen (10-22). The gap then widened to +18 in the second quarter, driven by the Holiday-Middleton-Antetokounmpo trio and thanks to a dunk from the evening hero (31-49).

DeMar DeRozan’s repeated exploits caused the locals to bounce back to -12 at the break (46-58), but Milwaukee got off to a quick start after the break with this time an 11-3 fueled by 7 points from Brook Lopez (51 -69). Once again, the Bulls’ new return was calmed by the defending champion’s response, via two three-point missiles signed by Jrue Holiday and Bobby Portis at the end of the third quarter (82-96).

– Chicago loser wins. Even though they lost last night to drop to 6th in the Eastern Conference, the Bulls have secured their playoff spot, a first since 2017. They can still take 5th place in the final sprint, now occupied by Toronto .

– Weak against strong. As if confirmation was needed before another game, the Bulls again fell against a big team in his conference. It’s starting to do a lot for Chicago, which has won just two of its twenty oppositions to members of the Top 4 in the East and West…

– Giannis Antetokounmpo calmly. The “Greak Freak” didn’t have to scramble to secure the Bucks’ 49th win this season. Third best scorer on the team behind Khris Middleton and Brook Lopez, he played only 24 minutes most of the time. A luxury when you see how the other stars of the competition are currently whipping to get the best possible spot.

Brook Lopez† His points record this season and a full game he started on the right foot to turn into a one-night-go-to guy. Effective near the circle (9/14 including 1/4 at 3-point) and free throw (9/9), he was the main architect of the Bucks’ victory.

The Bucks Collective† If Giannis Antetokounmpo didn’t have to force his talent, it’s also because the Milwaukee collective responded, whether it was the Holiday-Matthews-Middleton trio or the players coming off the bench like the pair.Connaughton-Portis, with each 13 points. † Also keep an eye out for the 32 assists handed out, a sign of good health!

Nikola Vucevic† Black night for the pivot who almost missed a shot per minute: 7 small runs scored at 3/19 on shots, in 26 minutes of play. In Zach LaVine’s absence, he was not DeMar DeRozan’s expected lieutenant.

Alex Caruso. The leader/back continued on the offensive with a 0/6 in shooting including 0/5 from 3-pointers, even though he still made 8 assists.

Chicago (45-34): the Celtics will receive them on Wednesday.

Milwaukee (49-30): the Bulls will also host the Celtics the next day.