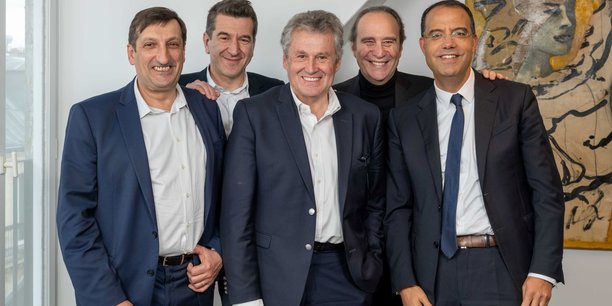 The SPAC 2MX Organic has finally found its purpose. the special purpose acquisition company, Launched by the trio Zouari-Pigasse-Niel, and listed since December on the segment reserved for professional investors of Euronext Paris, exclusive negotiations have just started with the agricultural cooperative group InVivo to acquire its distribution arm, InVivo Retail (Garden Centers Gamm, Jardiland.. .).

The operation, advised by Deutsche Bank and Centerview for 2MX Organic and Natixis for InVivo, is based on an enterprise value of InVivo Retail of EUR 675 million (ie eight times operating profit), paid entirely in shares newly issued by the SPAC at a unit price of 10 euro.

This is also one of the originalities of the meeting. Generally, investors in a SPAC participate in a new capital increase (PIPE in financial jargon) to complete the financing of the target. In this operation, it is the shareholders of InVivo (agricultural cooperatives) who will subscribe to the capital increase of the SPAC and thus take control of the combined entity up to 55% of the capital (up to 63% in case of capitalization of the linked account).

Thus, the current shareholders of the SPAC will be happy with the balance, including 10% for the founding trio. Closing of the transaction is expected by the end of the year, subject to approval by SPAC’s initial investors.

First unpacking operation in France since 2016

“InVivo shareholders wanted to maintain control of their industry, but also take advantage of the expertise of the SPAC founders to develop this activity”, explains a person close to the file. This approach, which consists of the target buying the SPAC, also appears to be becoming widespread, at the expense of a cash transaction.

The amounts raised by the SPAC on the stock exchange, namely 300 million euros, will therefore be spent on the development of the new entity, created from the merger of the SPAC and InVivo Retail. The latter will be intended to enter the regulated market under a new name that is accessible to private investors. InVivo Retail currently operates in four companies (garden centers, pet stores, food distribution, lifestyle), with a network of 1,600 stores and e-commerce platforms, for a total turnover of 3 billion euros.

This operation is the first of the “unpacking” carried out by a “new generation” SPAC in France (except for the pioneer Mediawan in 2016), after the failure of the acquisition of Colis Privé by the SPAC DEE Tech.

The SPAC 2MX Organic, which aims to create a European leader in sustainable consumption, has tried several targets in recent months, such as the Cora-Truffaut group, but InVivo Retail would always have served as a core target.

After the euphoria of the creation of SPACs last year, the market is experiencing a certain pause in Europe, no doubt long enough to see the arrival of the “unpacking” operations, usually between 18 and 24 months after the listing of the SPAC (time which tends to decrease).

“We are witnessing a certain reduction in the size of the SPACs, now about 200/250 million euros, which allows for a more significant rollover of equity (the target company shareholders transfer part of their interest in the new structure which repays the target company) , note from the publisher)”notes a market specialist.

Globally, however, the market is still active, with nearly $10 billion raised by 53 SPACs this year (as of March 25). In Europe, only four SPACs were announced during the quarter (compared to 33 in Europe in 2021).

These numbers, of course, are disproportionate to those of the first quarter of 2021 (300 SPACs launched in the United States during the quarter and 600 for the full year, totaling $160 billion). But the market context is no longer the same with greater volatility and the New York market regulator, who doesn’t really like SPACs, has just proposed new, stricter rules, especially on financial communications and conflicts of interest.

But the real justice of the peace remains the acquisition of goals and the rating of the new entity. From January 1 to March 25, 32 “unpacking” operations were announced for a total of $36 billion. Right now, the track record of post-acquisition SPACs’ stock market performance is hardly flattering, at least not in the United States. According to the Wall Street Journal, nearly 80% of SPACs that made an acquisition in 2021 (in a market that is certainly at its peak) are performing negatively. In Europe, we rely on the greatest wisdom of investors to significantly improve this score.