Home » Football: an 18-year-old referee beaten after a match in the Somme 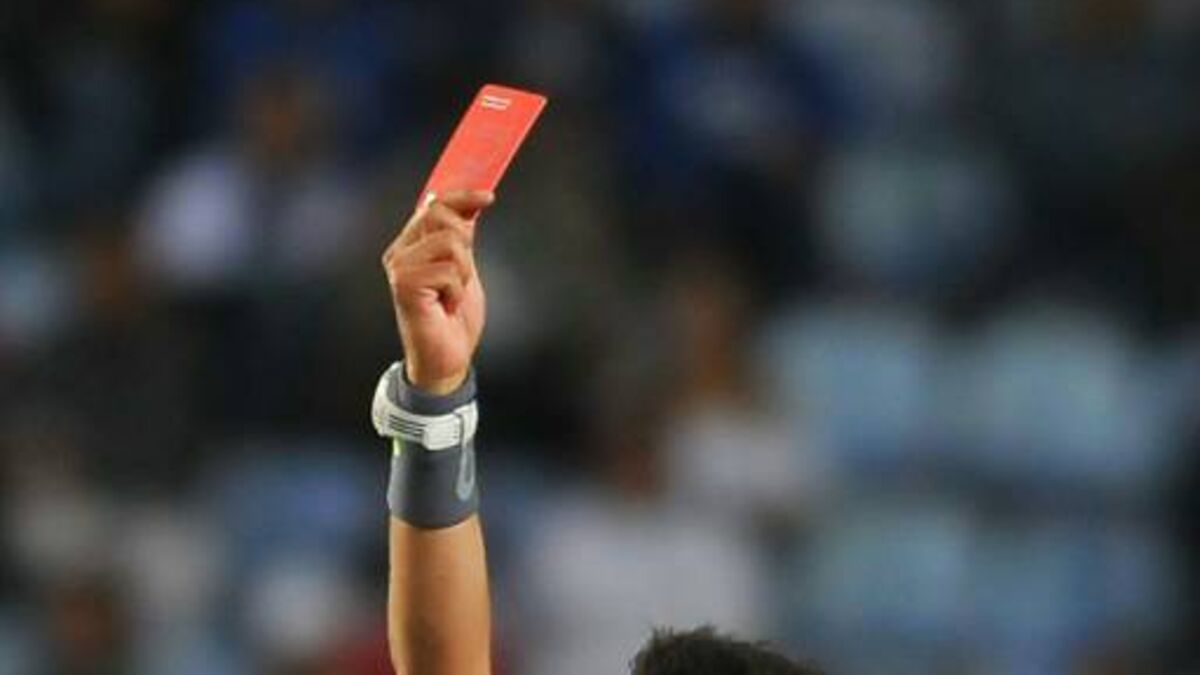 Unfortunately, this plague is far from being eradicated. A week after the violent attack on a referee during a senior match in the Seine-et-Marne district between Melun and Bagneux-Nemours, a new referee, just 18 years old, was brutally assaulted last Saturday after a U17 game in District de la Somme.

Theo, who has been in the center of the field since December, had a nightmarish afternoon during the game between RC Salouël-Saleux and Albert (0-1). He was the victim of a skull trauma, a head injury at the level of the forehead and a dermabrasion at the level of the right cervical at a height of seven centimeters. This Monday, April 4, in the afternoon, he filed a report at the Amiens police station.

Two days after the events, Theo reconsiders the circumstances of the attack. “Parents who contested my decisions came to me after the game, after insulting me throughout the game, to insult me ​​again when I went to the locker room with the players,” says the history student. A player from RC Salouël-Saleux also started yelling at me. So I sent him off the field in observance of the rules, as stated in Law 12, which allows a red card after the game. Then this player’s mother hit me. †

Aided by the leaders and deputies, however, Theo is attacked by several people, including the brother of the ejected player. “They hit me several times, including one on the head. I fell to the ground but they kept hitting me, continues the man in black. I was relieved by Albert’s leaders, then I locked myself up (in the dressing room) for an hour. I called other official referees who told me the procedure to follow. The police then intervened and took the first and last names of the suspect and witnesses to file a report. †

“It is not possible to attack a referee, one day there will be a tragedy”

His parents then take him to the hospital, where the doctors diagnose mainly a skull trauma and a head injury. He was prescribed ITT for three days. “I was very shocked, but it’s better. When I was in the locker room, I wanted to stop refereeing, he says. But I got a lot of support, which gave me my confidence back. I don’t want to give my attackers a reason.”

Next Thursday, April 7, an investigation will be opened by the Disciplinary Commission of the District of the Somme. RC Salouël-Saleux has already taken the initiative to exclude the two accused players from the club. The structure will also file a complaint with the prosecutor of Amiens.

“We will work hard to find solutions. It is not possible to attack a referee. One day there will be a drama, scolds Pascal Tranquille, the president of the district of the Somme. There are two levels of reflection. We need to tighten sanctions first. We need repression with more drastic measures, i.e. an attacker of a referee can no longer play football tomorrow or in ten years. We must also promote education. At the federal level, we have a lot of instruments. We need to intensify this among the youngest. Once and for all, the players must accept defeat. †