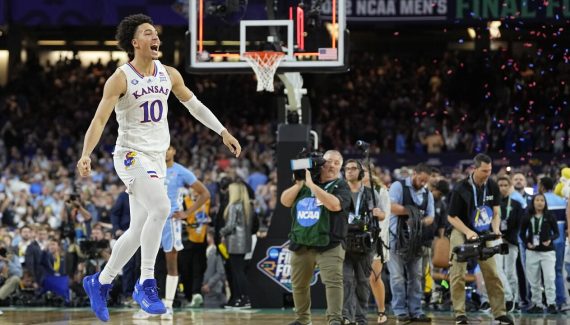 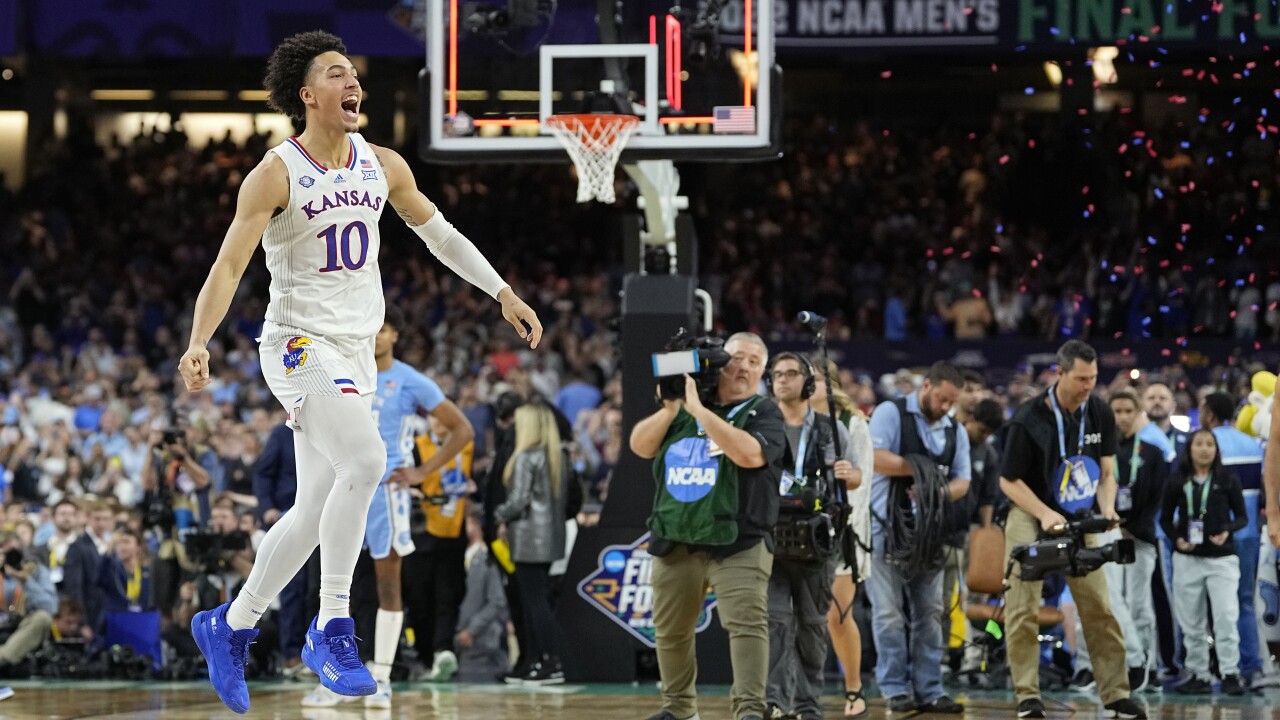 After 14 years of waiting, Kansas is NCAA champion again! At the end of a crazy scenario game, at the end of the suspense, the Jayhawks defeated North Carolina (72-69) and won the 4th title in their history.

However, it started bad enough for Kansas, who, despite an initial quick break (11-5), then took the water against the awakening of North Carolina. Completely apathetic at the beginning of the game, undoubtedly a little nervous, the Tar Heels gradually launched the machine, under the impulse of an exceptional Armando Bacot (12 points and 10 rebounds) and a duo RJ Davis – Brady Manek, still very valuable . Powerless, the Jayhawks take a huge blow: UNC sticks 35-14 to end the first half (40-25).

After the break, a transformed Kansas team presents itself on the floor. The Jayhawks raise their tone on defense, punish the Tar Heels on a counterattack, and most importantly, finally find rhythm on offense, with the momentum of Ochai Agbaji and David McCormack. And in just 10 minutes, Bill Self’s men return to UNC (50-50)! the momentum amassed by North Carolina during the first half is just a distant memory. Hubert Davis’ troop confuses the brushes and rushes on the attack. Armando Bacot no longer has the same efficiency at the basket, as do RJ Davis and Brady Manek behind the arch.

During the final ten minutes, the two teams go into a crossover, with one team signing a big pass, before the other immediately reacts. Then comes the fateful moment of the encounter, at the last minute: While North Carolina leads 69-68, Armando Bacot, injured in the ankle against Duke, twists the same ankle again. In tears, the pivot joined the bank, suspecting that the outcome of the meeting could potentially change at this point.

And it is indeed the case: Without Bacot’s physique to deter attacks close to the circle, UNC receives a basket from David McCormack (15 points and 10 rebounds) on next possession.

The Jayhawks, cleverly noticing that their pivot is being defended by the shorter and much less beefy Brady Manek, immediately serve the muscular pivot at the low post, who scores without a hitch. Kansas takes the lead (70-69), before moving to +3 on the free-throw line a few seconds later (72-69).

During this March Madness, Caleb Love misses the equalizer, and Kansas wins after repairing the biggest gap in Final Four history. For the second time in his career, Bill Self wins the national title and the Jayhawks add a 4th trophy to their roster.

For the Tar Heels it is a cruel end after such a first half. But the Jayhawks improved their game in every way in the second half and were the better side in key moments of the game. North Carolina, the number 8 of this tournament, does not have to be ashamed of this defeat and can look forward to next season with head held high and proud.

After two bland seasons, the legendary Chapel Hill program is back on top for Hubert Davis’ first season on the bench. The future is bright and tonight’s painful defeat will only serve as motivation to try and get back to the same stage of the tournament next season and the next.