Home » The very moving return of Christian Eriksen to Denmark 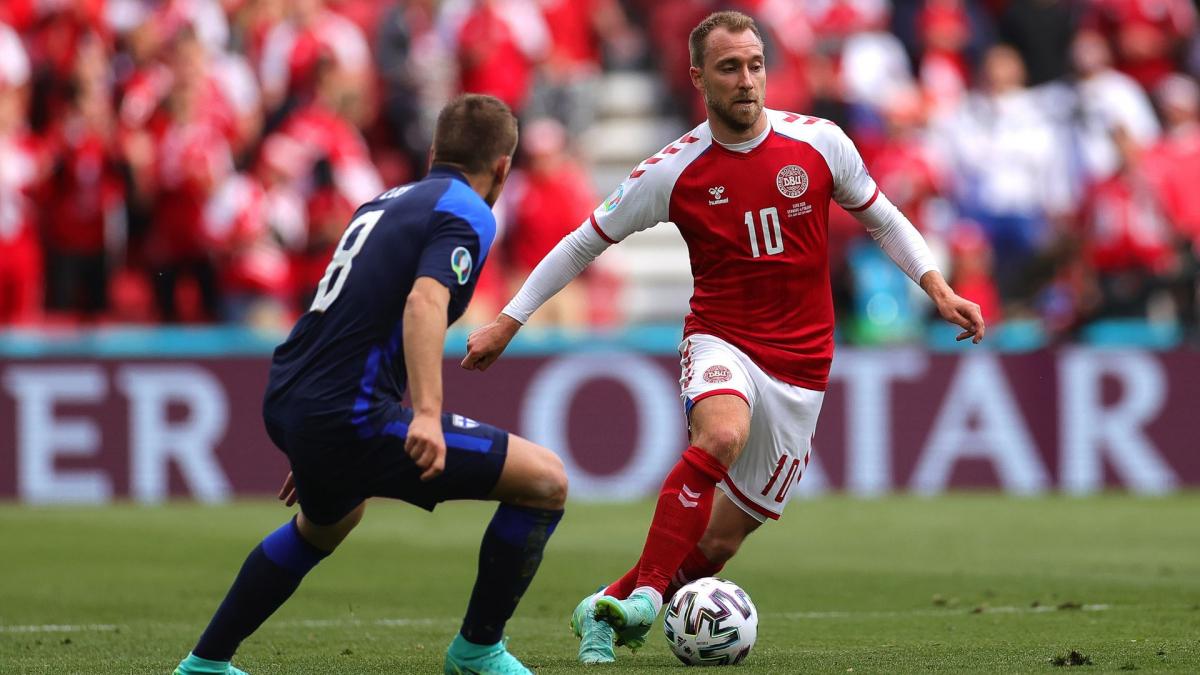 “He was gone. We performed chest compressions, it was cardiac arrest. How far were we (from death)? I don’t know. I can’t answer the details of why it happened. But we had to resuscitate and startle because he was gone. Everything somehow worked out so I don’t really know what to say”, released nine months ago the doctor of the Danish selection Morten Boesen nine months ago. Victim of cardiac arrest on June 12 during Denmark’s first Euro 2020 game against Finland (1-0 defeat), Christian Eriksen shocked the football world. Close to tragedy, the attacking midfielder with 109 caps and 36 goals in Danish colors seemed to have no future in football. Indeed, this issue of the rest of his career had become quite secondary to the importance of human life. Though touched by the event, Christian Eriksen is certainly the only one who has never had any doubts about what will happen next. From the start, he wanted to return to the field and play with Denmark again.

Last August he already showed the desire to play again as soon as possible. A position that was very controversial by doctors at the time. But through perseverance, work and an impeccable lifestyleChristian Eriksen has moved mountains. Inter Milan party unable to play in Serie A with a subcutaneous defibrillator, he was looking for a new challenge. He was also very reassuring at the beginning of January † “Physically I’m fit again, so I have to get back into football and prove that I can get to this level again. It’s very important, I want to play with the national team at the World Cup. My dream is to play in the national team and play again in Parken (stadium in Copenhagen where he had a heart attack, editor’s note). I want to show that what happened at the European Championship was unique. Again, it’s up to the coach to judge my level, but my heart is not an obstacle.

Clearly on an excellent physical level, Christian Eriksen convinced English club Brentford to bet on him at the very end of the transfer window. “The challenge was more to process what really happened. You want everything to go back to normal. […] We are fortunate to be able to return to normal life in Brentford. My goal is to be seen again as Eriksen, the world class player. I got the green light from the doctors that I am able to be a Christian, the football player. Of course I will always have the pacemaker with me and everyone will remember what happened, but now it is time to create new memories and look to the future.”, he explained just after signing with the Bees. Calmly resume the match, he started on February 26, a month ago in a 2-0 defeat to Newcastle† Holder the next two games in which his team defeated Norwich (3-1) and Burnley (2-0), against whom he sacrificed), Christian Eriksen was rewarded with a return to the squad†

The Covid-19 has not disrupted his plans

“My goal is to play the World Cup in Qatar, I want to play. This has been my mindset for a long time. It’s a goal, my dream. But whether I get selected is another story. But it’s my dream to come back.” I’m sure I can come back because I don’t feel any different.”he revealed nearly three months ago when his return seemed imminent. In an equally strong squad that easily qualified for the 2022 World CupChristian Eriksen wanted to say goodbye to the past once and for all and become the captain of his country again. If the recovery is going to be soft, it couldn’t even have happened since it was hit by the Covid-19 at the start of the rally. Finally he joined the team on Tuesday and his coach Kasper Hjulmand reassured: “Christian is training this morning and undergoing some tests. And if nothing unexpected happens, he’ll be with us on Wednesday evening.

While Denmark travels to the Netherlands next Saturday to challenge the Oranges, Christian Eriksen will not start, but may come into play at the Johan Cruijff Arena, the home stadium of Ajax Amsterdam, the club that signed him. on January 17, 2010 against NAC Breda. But if ever the vagaries of the game don’t come into play, he is expected to play against Serbia next Tuesday. A match that takes place at the Parken in Copenhagen, the site of his cardiac arrest during the last European Championship. “It is very likely that Christian will start on the bench against the Netherlands. He had Covid-19 last Tuesday and lost four to five training sessions until he started training again on Sunday. But Christian will be 100% ready on Tuesday in the Parks against Serbia. Christian looks physically strong. He is very solid footballing and impressed me the last time I saw him against Burnley, where he was the best player on the pitch. noted Kasper Hjulmand. The drama eventually spawned a beautiful story and Christian Eriksen became more than ever an example of perseverance and fighting spirit. Whatever happens, he’s already won his battle.