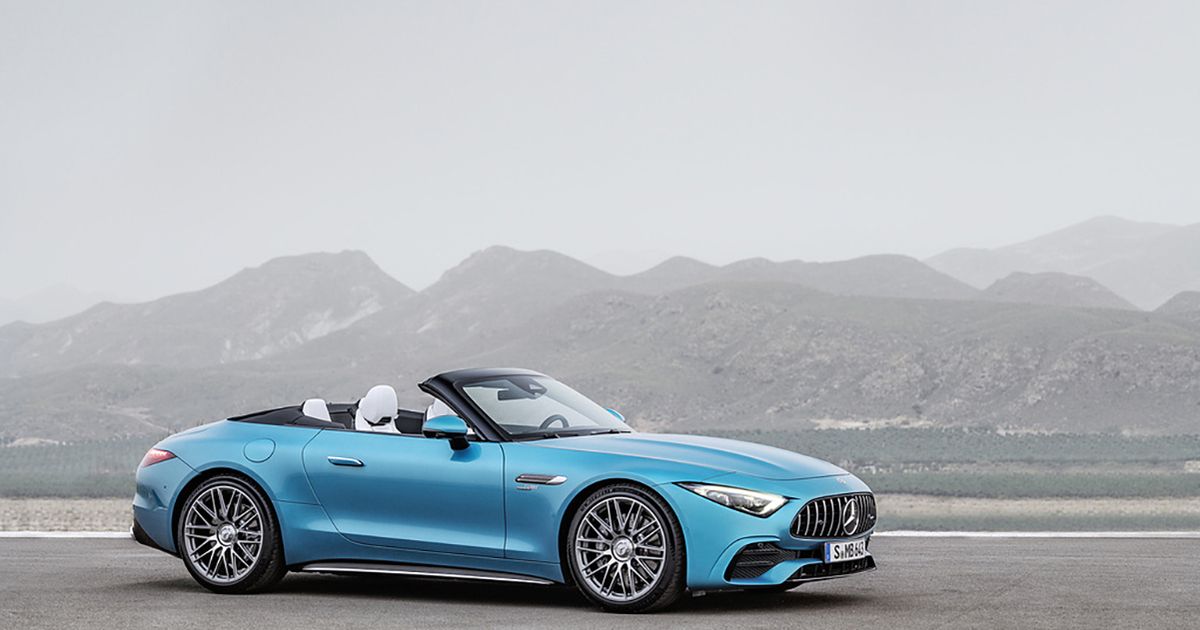 Admittedly, the new SL 43 roadster, which is considered an entry-level model by its manufacturer Mercedes-AMG, will not be affordable for everyone. However, it will be able to fulfill more than one dream with its new engine technology in the SL range. The engine uses a light 48 V hybridization and Formula 1 turbocharging technology.

Available so far in two V8 engine versions, the Mercedes-AMG SL will be offered for the first time in a four-cylinder version under the name SL 43. Although the number of cylinders has been halved, the new variant offers a powerful engine of 381 hp and 480 Nm It is the same engine base as the one in the Mercedes-AMG A 45 S, and if it loses a few horses (450 hp of origin), the 2.0 turbo in the meantime gets a light hybridization 48 V with an alternator starter that in certain situations 14 horsepower and allows the car to reduce consumption at low speed.

The other advantage of this SL 43 is the turbocharging technology. Like Formula 1, it contains a small electric motor that allows the drive shaft to be rotated before being set in motion by exhaust gas recycling. This technology aims to minimize the delay between pressing the accelerator pedal and the response. The engine would therefore be available more quickly, from low revs. The 0 to 100 km/h is given in 4.9 seconds, while its two-wheel drive configuration and its weight of no more than 1810 kg should make the driver smile.

Visually, the SL 43 differs from its V8 counterparts with a smoother front bumper and a modified rear end with round tailpipes instead of square tailpipes. The classic proportions of the SL remain unchanged with the Pan-American grille, the trademark of Mercedes, and play with curves and curves.

To increase the downforce, reduce drag and get a more dynamic look, Mercedes offers a package with additional aerodynamic elements on the front and rear bumpers, as well as a steeper angle of attack, pronounced for the active rear wing. The SL 43 is equipped with a series of 19 inch rims. 20 and 21 inch wheels are also available as an option.

Likewise, rear-wheel steering and adaptive dampers are available with a choice of settings ranging from Comfort to Sport+. As if that weren’t enough, an AMG Dynamic Plus package is also available, featuring active engine mounts, an electronically controlled differential lock, a 10mm lower ride height and a Race driving mode for outings on the track.

The SL 43 adopts the architecture developed by AMG on the V8 models, which allows a 2+2 seating arrangement. The structure is 18% stronger than its predecessor in terms of torsional rigidity, while the new model uses a three-layer fabric roof instead of the folding metal roof of the previous version, saving 21 kg. It closes in 15 seconds.

The cabin is the same as the other SLs, with a two-level dashboard dominated by an upright touchscreen in the middle. It is equipped with the latest infotainment system MBUX (Mercedes-Benz User Experience) and the angle can be adjusted by 20 degrees to avoid dazzling when the top is down. There is also a 12.3-inch digital instrument cluster, with a rich array of driver assistance systems, trim options and skins.

Pricing for the SL 43 will be announced next month.