Home » at least twenty corpses on a street in Boutcha, a town near Kiev that has just been liberated 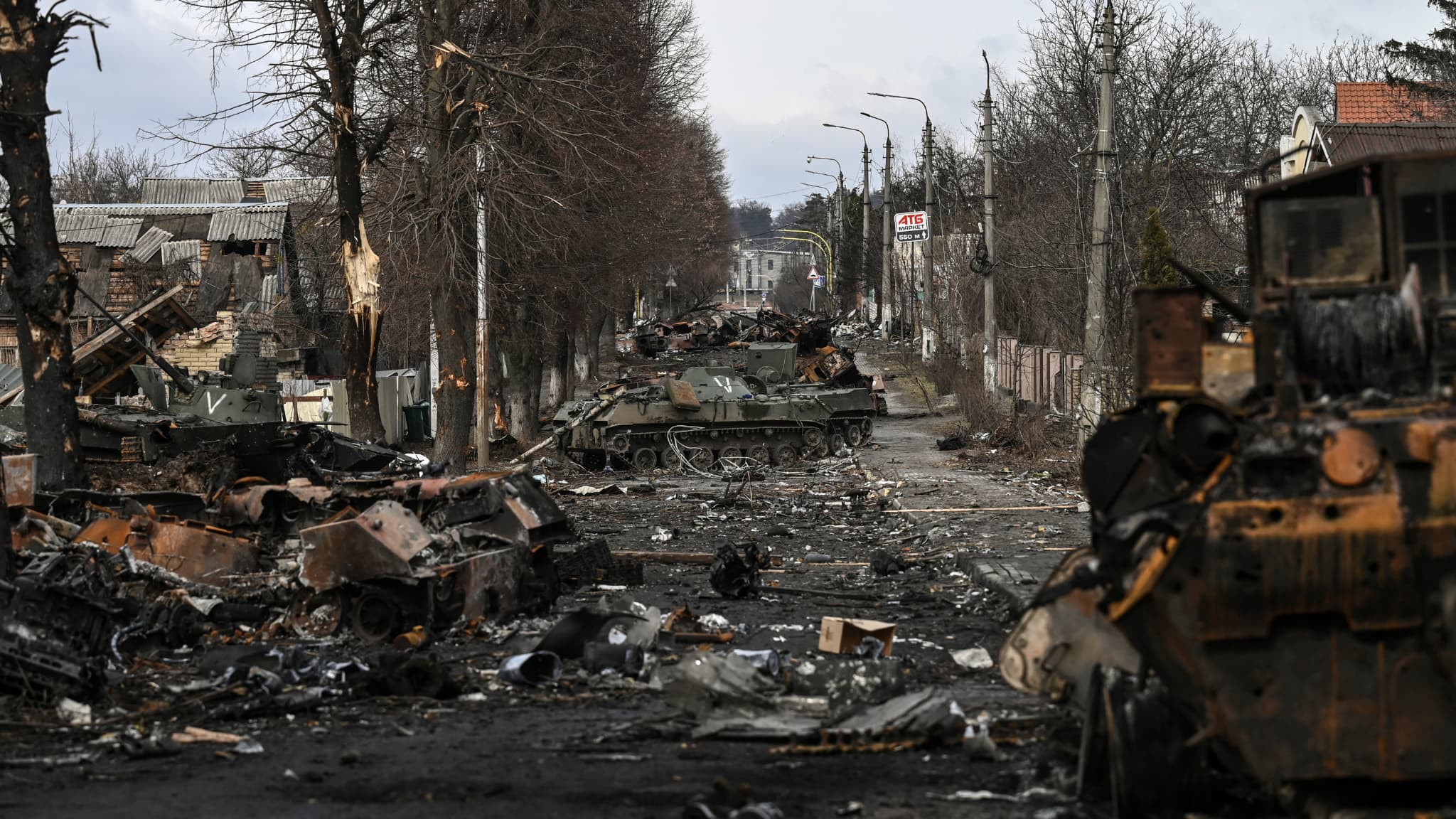 Ukraine announced on Saturday that Boutcha had been “liberated”, but the city was devastated by the fighting. The bodies of at least 20 men were found in a street.

The bodies of at least 20 men in civilian clothes lie on Saturday in a street in Boutcha, a town northwest of Kiev that Ukrainian soldiers have just recaptured from Russian troops.

One of the men had his hands tied and the bodies were scattered hundreds of meters. The cause of death could not be immediately determined, but one person suffered a major head injury.

In recent days, Russian troops have withdrawn from several places near the capital after their attempt to encircle the capital failed. Ukraine announced that Boutcha was “liberated”, but this city was devastated by the fighting: gaping holes caused by grenades in apartment buildings and numerous carcasses were on display.

Sixteen of the 20 bodies discovered on a street in Boucha were lying on the sidewalk or at the edge of the sidewalk. Three stood in the middle of the road and another in the courtyard of a house. An open Ukrainian passport was lying on the floor next to the person who had his hands tied behind his back with a piece of white cloth.

All the dead men were wearing winter coats, jackets or tracksuits, jeans or jogging bottoms, and sneakers or boots. Two of them were lying next to bicycles, another next to an abandoned car. Some lay on their backs, others on their stomachs.

The skin on the faces looked waxy, indicating that the bodies had been there for at least several days.

Nearly 300 people also had to be buried “in mass graves” in Boutcha, Mayor Anatoly Fedorouk said.

“In Boutcha, we have already buried 280 people in mass graves,” because it was impossible to do so in the municipality’s three cemeteries, all within firing range of the Russian soldiers, he said on the phone.

According to him, the number of dead is difficult to determine: “In some streets we see 15 to 20 corpses on the ground, but I cannot say how many are left in courtyards, behind the stockades”. “As long as the deminers have not come to check them, it is not advisable to pick them up,” he said again, as they could be trapped, before concluding: “These are the consequences of the Russian occupation, of the actions” of the enemy.