Home » Ukrainian civilians found dead in Boutcha, the liberated region of Kiev… an update on the war in Ukraine 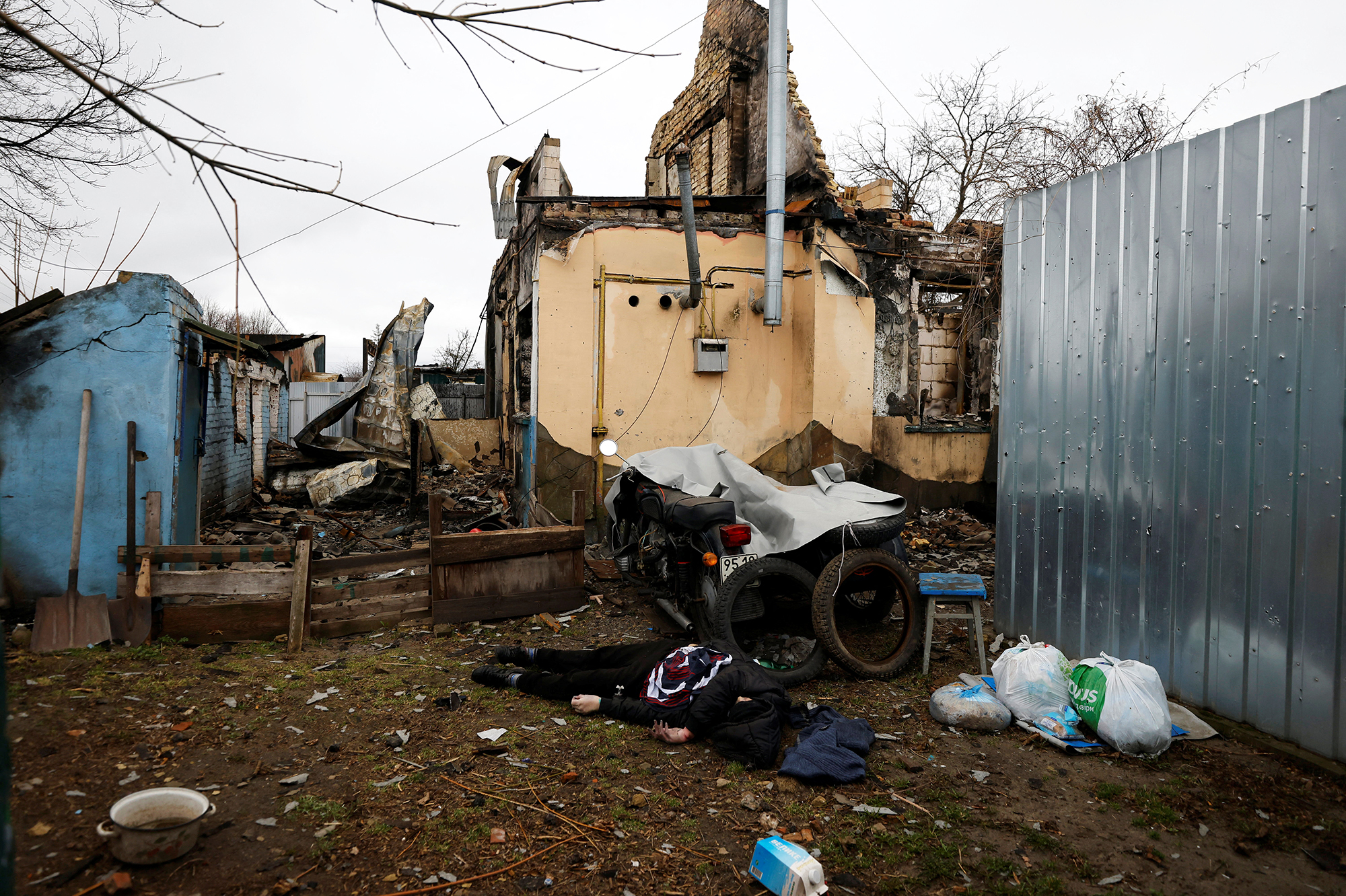 Situation on the ground, international reactions, sanctions: the point about Russia’s invasion of Ukraine.

Ukraine on Saturday confirmed that Russian troops are carrying out a “rapid withdrawal” from the Kiev and Cherniguiv regions in the north of the country, in order to better “maintain control” over the “vast territories” they occupy in the east and south. , where new civilian evacuations were planned during the day.

After a night of bombing in the center and east of the country, on Saturday the Red Cross wanted to target civilians from Mariupol (southeast), a strategic and besieged port on the Sea of ​​Azov where the humanitarian situation is catastrophic.

As Russian forces withdraw from the Kiev and Cherniguiv regions (north), Ukrainian forces have been able to recapture “more than 30 places” there and seize “a large number of abandoned military vehicles without fuel,” a Ukrainian presidential adviser said. Oleksii Arestovitch, in a video released Saturday by the Ukrainian presidency.

One of these places is Boutcha, northwest of Kiev, where an AFP journalist saw the corpses of at least 20 plainclothes men on Saturday. One of them with his hands tied behind his back, next to an open Ukrainian passport lying on the floor.

The cause of death could not be immediately determined, but one person suffered a major head injury. Gaping holes caused by shells in apartment buildings, downed power lines: the city, the scene of some of the fiercest fighting since the Russian invasion of Ukraine on February 24, has been devastated.

Ukrainian troops were only able to fully penetrate it a day or two ago, it had been out of reach for almost a month.

With this “rapid withdrawal” from the north of the country, “it is quite clear that Russia has chosen a different priority tactic,” Ukrainian presidential adviser Mykaïlo Podoliak wrote to the Telegram messenger: “withdrawing east and south” to ” maintain control over vast occupied territories” and “barely dictate its terms”.

Ukrainian President Volodymyr Zelensky had already claimed that the Russians were preparing for “vigorous attacks” in the east, particularly on Mariupol, where local authorities said some 160,000 people would still be blocked and at least 5,000 killed.

For the Russians, control of Mariupol would ensure territorial continuity from Crimea to the two pro-Russian separatist republics of Donbass (Donetsk and Lugansk).

Unable for weeks, the evacuations began on a small scale. On Friday, “humanitarian corridors were active in three regions: Donetsk, Lugansk and Zaporozhye. We managed to rescue 6,266 people, including 3,071 from Mariupol,” President Zelensky said from Friday to Saturday.

AFP witnessed the arrival of about 30 evacuation buses in the city of Zaporozhye on Friday evening. “We cried when we saw soldiers at the checkpoint with Ukrainian patches on their arms,” ​​said Olena, her baby girl in her arms. “My house has been destroyed. I saw it in pictures. Our city no longer exists.”

Several people told AFP they had to walk 15 kilometers or more to leave Mariupol before finding private vehicles, then ending their journey with a 12-hour bus ride through a series of checkpoints, instead of three hours before the war.

These residents of Mariupol managed to reach the Russian-occupied city of Berdiansk, where they were received by the convoy, according to testimonies from AFP and official officials.

After it had to give up on Friday to reach the port city, the International Committee of the Red Cross (ICRC) announced it would try again on Saturday “to facilitate the safe passage of civilians from Mariupol”.

But “for the operation to succeed, it is essential that the parties respect the agreements and provide the necessary conditions and security guarantees,” the ICRC stressed.

Conditions weakened as the fighting continued. Russia accused Ukraine on Friday of carrying out a helicopter attack on its territory and threatened to tighten negotiations.

The attack hit the fuel storage facilities of energy giant Rosneft in Belgorod, a Russian city about 40 kilometers from the border with Ukraine.

For the British Ministry of Defense, the destruction of oil tanks in Belgorod and explosions at an ammunition depot near the city “will likely put additional pressure on Russia’s already stretched supply chains in the short term”.

Ukraine, for its part, warned that Russian soldiers who left the Chernobyl nuclear power plant – site of the world’s worst nuclear accident in 1986 – after weeks of occupation could have been exposed to radiation, ruling that “Russia behaved irresponsibly at Chernobyl” by digging trenches in contaminated areas and preventing factory personnel from performing their duties.

Several bombings have taken place since the night of Friday to Saturday, according to various Ukrainian sources: residential areas in Kharkov (east), infrastructure in Dnipro (center), places in the regions of Donetsk, Lugansk (east) and Kherson (South). †

Infrastructure was also affected in Kremenchuk (center, Poltava region), the headquarters of Ukraine’s largest oil refinery, the country’s presidency said, while the Russian defense ministry announced on Saturday morning that it had destroyed the refinery with “high precision” gasoline. – and diesel depots.

According to a statement from the ministry, these depots were used to supply fuel to Ukrainian troops in the center and east of the country. According to the same source, “Russian missiles” also knocked out two military airfields in the Poltava and Dnipropetrovsk (center) regions.

Pope wants to go to Kiev

“Give us missiles. Give us planes,” President Zelensky begged on Fox News. “Can’t you give us F-18s or F-19s or whatever you have? Give us the old Soviet planes… Give me something to defend my country.”

The United States announced up to $300 million more in military aid to Ukraine, on top of the amount allocated since the invasion, amounting to more than $1.6 billion.

Peace talks between Ukrainian and Russian officials resumed via video on Friday, but the Kremlin warned that the attack in Belgorod “could not be seen as creating comfortable conditions for further negotiations”.

A demonstration by civilians in Energodar, a city in southern Ukraine occupied by Russian troops, was dispersed on Saturday by the firing of tranquilizer shells, according to a Ukrainian official and videos posted online.

And in Russia, more than 170 people have been arrested for protesting the war, the specialized NGO OVD-Info reports.

UN Undersecretary General for Humanitarian Affairs Martin Griffiths will be in Moscow on Sunday to try and secure a “humanitarian ceasefire,” UN chief Antonio Guterres announced.

Pope Francis on Saturday in Malta denounced the acts of “a few powerful” locked in “nationalist interests” , in an obvious allusion to Russian President Vladimir Putin, but without naming him. He added that he plans to visit Ukraine soon, at the invitation of President Zelensky. “Yes, it’s on the table,” he said when asked about the possibility of a trip.