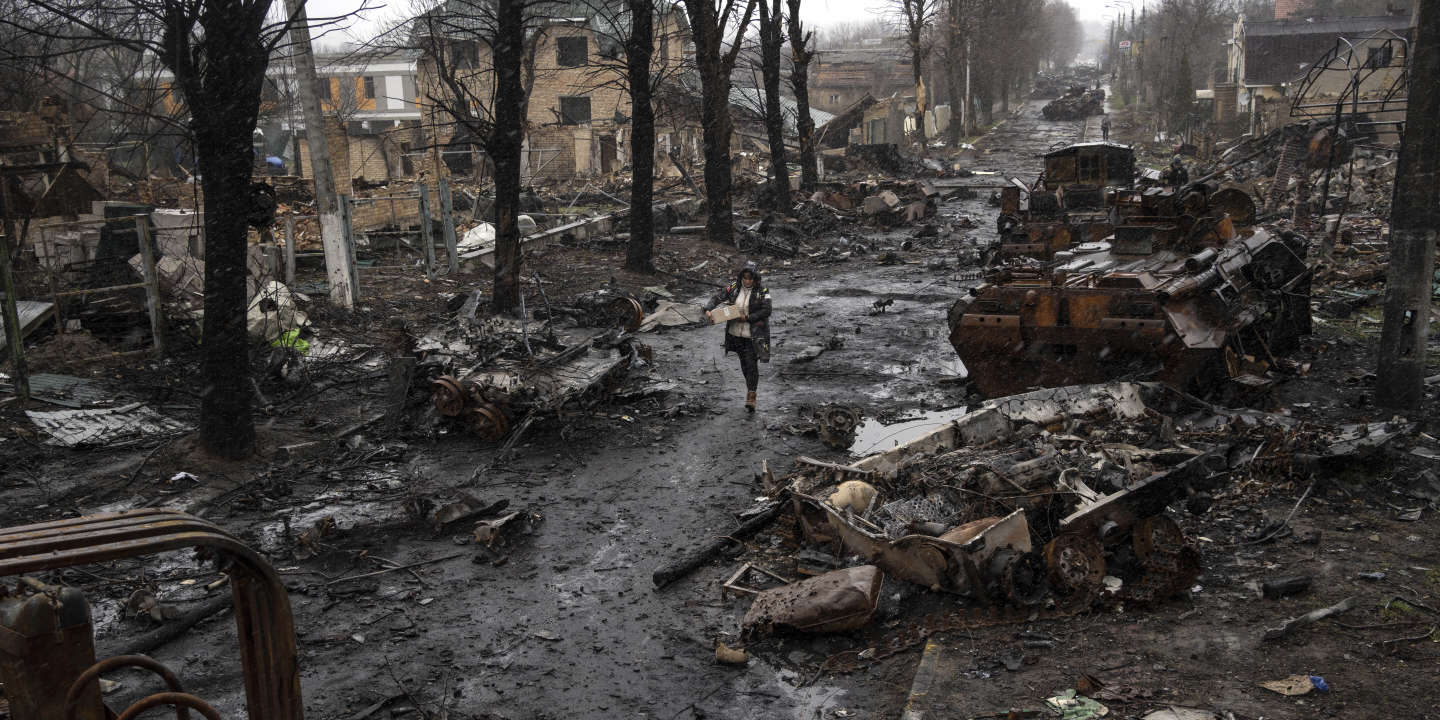 Zelensky accuses Russia of ‘genocide’† In an interview with US broadcaster CBS, Ukrainian President Volodymyr Zelensky on Sunday accused Russia of committing a… “genocide” in Ukraine to eliminate “the whole nation”the day after the discovery of numerous bodies in the streets of Boutcha, a town on the outskirts of Kiev.

Nearly 300 people buried in Boutcha† “We have already buried 280 people”, the city’s mayor, Anatolii Fedoruk, said on Saturday. Boutcha had been recaptured by Ukrainian forces in recent hours after nearly a month of Russian occupation. The review is in progress.

Ukraine demands more sanctions against Russia† “The Russians want to eliminate as many Ukrainians as possible. We have to stop them and take them out. I demand devastating new G7 sanctions NOW Ukrainian Foreign Minister Dmytro Kuleba wrote on Twitter, quoting a “embargo on oil, gas and coal”, the closing of everything “ports to Russian ships and goods” and the “uncoupling of all Russian banks from Fast “†

Russia denies any abuse† “Where have these images gone for four days? The fact that they were missing only confirms that it is fake.” says the Russian Defense Ministry on its Telegram channel, adding that the Russian army left Boucha on March 30.

“The Russian authorities will be held accountable for these crimes,” Macron said. “The images reaching us from Boutcha, a liberated city near Kiev, are unbearable. Hundreds of cowardly murdered civilians on the street.” the French president complained on Twitter.

The voices of the international community are rising† In addition to French President Emmanuel Macron, German Chancellor Olaf Scholz demanded that light be shed on the “crimes committed by the Russian army”. “It must stop”said the head of US diplomacy, Antony Blinken. NATO Secretary General Jens Stoltenberg denounced his actions “horrible” and “absolutely unacceptable” against civilians.

Motyjyn mayor was ‘killed in captivity’ by Russian troops† Ukrainian Deputy Prime Minister Iryna Vereshchuk announced this on Sunday. The kidnapping in this village west of Kiev of Olha Sukhenko and her husband, also found dead on Saturday, was declared on March 26 by the Ukrainian prosecutor’s office. Kidnapped on March 19-25, the mayors of Berislav and Snivske — in the Kherson (South) and Chernihiv (North) regions respectively — have been released themselves, Kiev mayor Vitali Klitschko said on his Telegram feed.

A series of explosions in Odessa† Several huge columns of black smoke and flames rose this morning over an industrial area of ​​Ukraine’s main Black Sea port in the country’s southwest. No casualties were reported in the explosions, according to the Ukrainian army. After airstrikes by Russian troops on the port city of Odessa, local authorities announced that Mykolaiv had hit several rocket attacks.