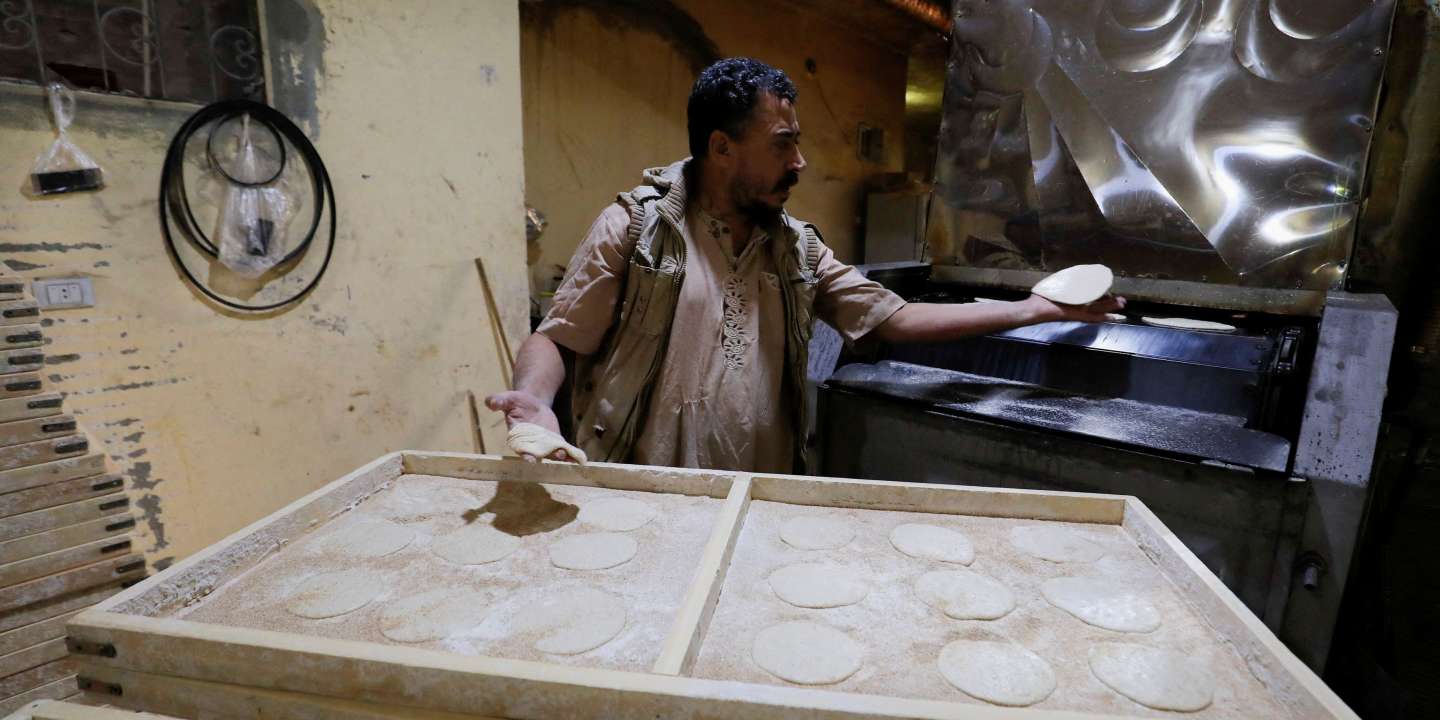 Since the start of Russia’s invasion of Ukraine on Feb. 24, Egyptian authorities have been spreading reassuring messages about their wheat stocks, as well as measures to avoid shortages. Egypt is the largest wheat importer in the world, with the Black Sea as the main source. It is particularly exposed to this raw material, which forms the basis of the diet of its 105 million inhabitants.

Between its strategic reserves and the local harvest due to start in mid-April, Cairo says it has sufficient supplies until the end of 2022. But the country is already suffering from rising prices for food and energy products. Heavily indebted and weakened by the Covid-19 pandemic, Egypt has again requested help from the International Monetary Fund (IMF), the institution confirmed on Wednesday, March 23.

“Egyptians consume twice the world average of bread, and the government is already subsidizing the price of wheat for this bread at the cost of $3.3 billion [3 milliards d’euros] per year before the Russo-Ukrainian war, the threat of rising wheat prices to the Egyptian budget is real”, analyzes Michaël Tanchum, associate researcher at the European Council on International Relations and the Middle East Institute (MEI) in Washington. Egypt needs about 10 million tons of wheat per year to provide subsidized bread for 72 million people.

In 2021, the state imported more than 6 million tons and the private sector more than 12 million. More than 80% of these imports come from Russia and Ukraine. Before the war, the price of wheat was already moving at a record level. In the second half of 2021, prices rose by 25% due to global supply chain disruptions, low crop yields and the hoarding of wheat and other grains by some countries, most notably China.

“That storm turned into a tsunami with the Russian invasion of Ukraine, pushing wheat prices up 75% in just two weeks”, continues Mr Tanchum. On March 6, Finance Minister Mohamed Maeit reported that the state’s wheat bill had already risen by 15 billion Egyptian pounds (LE) or 744 million euros. Cairo plans to diversify its supplies, especially in Europe and America, and above all to increase its local share.

The aim of the Ministry of Agriculture is to source 6 million tons locally by 2022, against 3.5 million in 2021. A temporary ban on the export of wheat and other basic crops has been announced. In mid-March, authorities also forced local producers to sell part of their harvest to the three state-owned companies. Violators face up to five years in prison. As an incentive, the Ministry of Agriculture raised the purchase price per tonne of wheat to LE 5,900.

You have 47.3% of this article left to read. The following is for subscribers only.