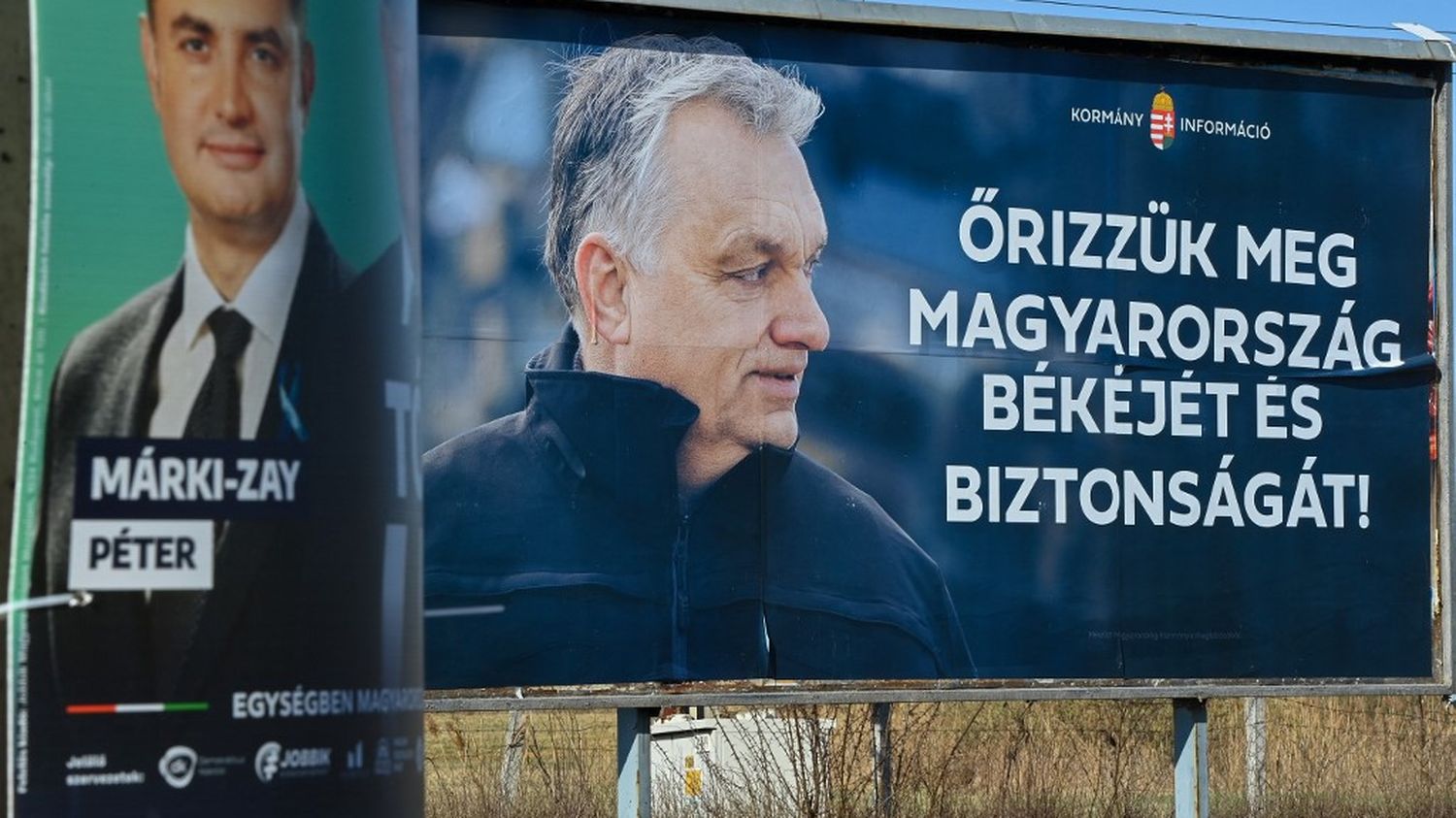 Stop or restart? The Hungarians will vote on Sunday 3 April on the occasion of the parliamentary elections. Nationalist and conservative Prime Minister Viktor Orban, in power for 12 years, is a favorite in opinion polls but faces a united opposition for the first time.

Franceinfo gives you the four keys to the vote, whose campaign, like the presidential elections in France, was rocked by the war in Ukraine.

1A united opposition for the first time

Peter Marki-Zay, 49 years old and Catholic, has an arduous task: to bring together six heterogeneous parties behind him, be they right-wing, social democrats or ecologists. United by their will to bring down “the authoritarian” Viktor Orban, they are calling for an end to “illiberalism”a vague concept the prime minister uses to justify his numerous attacks on democracy since 2010.

Peter Marki-Zay, a staunch pro-European and supporter of the introduction of the euro, rose through the ranks of Viktor Orban’s party, Fidesz. He is also the mayor of a provincial town, so he could not be accused of incarnating the elites against the people.

The choice “has never been so easy”, Peter Marki-Zay frequently insists during this campaign. we have to do “that of Europe, not the East”he proclaims, referring to the rapprochement with Moscow and Beijing by the outgoing prime minister, who is highly critical of the European Union.

2A well-oiled machine behind Viktor Orban

Facing a united opposition, Viktor Orban could be worried. Especially because the economic situation is worrying: inflation has risen above 7% in a year and for certain commodities, such as oil and flour, the price has even risen by 20%. To address this, the outgoing prime minister has made several announcements in an emergency: raising the minimum wage, freezing the price of petrol and basic foodstuffs until after the elections.

To achieve his goal of remaining at the head of the country for another four years, the sovereignist leader can count on a powerful conglomerate of public media to campaign openly in his favor, he says. The world† These do not hesitate to broadcast the blunders of the opponents in a loop, when they do not suggest that they have been bought by Brussels or by the American billionaire George Soros, hobbyhorse of the Hungarian Prime Minister.

3A campaign disrupted by the war in Ukraine

Viktor Orban, who had grown closer to Vladimir Putin in recent years, took a neutral stance during Russia’s invasion of Ukraine. While welcoming the refugees, Budapest refuses to send military aid to Kiev and has banned the transfer of deadly weapons through its territory, in the name of “security” of the Hungarians.

This attitude earned him the wrath of Volodymyr Zelensky. “Listen, Viktor, do you know what is happening in Mariupol? You have to decide once and for all which side you are on”for example, the Ukrainian president launched the Hungarian sovereign in a video call broadcast on March 24 during a summit of the 27 in Brussels.

Peter Marki-Zay clearly abused the situation to pin “insulation” of his rival, portrayed “as the last ally of Putin in the EU and NATO”† Pro-Orban media reacted quickly, saying the opposition leader would be ready to send troops to Ukraine. Twisted remarks, Peter Marki-Zay assured, but the damage was done: his steadfast support for NATO policy was immediately qualified as “dangerous”†

Viktor Orban, who has been common arm-wrestling with the EU, has made legislative changes over the course of his mandates, accused of favoring his party at the expense of other formations. describes Euronews†

Shortly after returning to power in 2010, the leader passed two laws in quick succession, granting the many people of Hungarian descent living outside the country’s nationality the right to vote, including by post. More recently, a change has changed the definition of residence, which can now be a simple contact address, without guaranteeing that one actually lives there.

In this regard, the Organization for Security and Cooperation in Europe (OSCE) sent more than 200 observers to the site, an exceptional measure for an EU country – to which only Bulgaria was entitled in 2013.