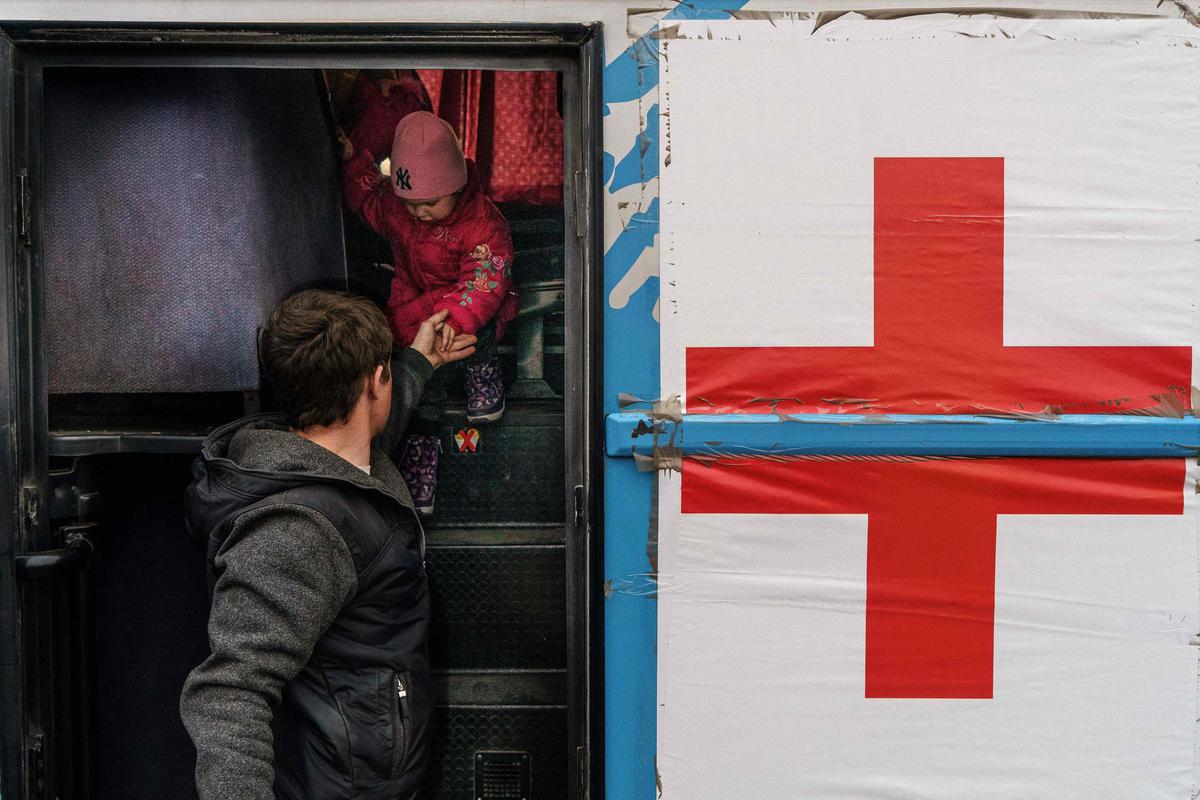 About 3,700 people fled the Mariupol region, by bus and private cars, in the direction of Zaporozhye, Ukrainian authorities said. Most left Berdyansk.

On the other hand, the Red Cross announced that the team sent to Mariupol had to return, because its plan to evacuate thousands of civilians from this city besieged by Russian troops was “impossible”. A new attempt will be made next Saturday, April 2. Ukrainian President Volodymyr Zelensky asked Emmanuel Macron to try to “obtain from Russia the necessary conditions for a humanitarian operation” in this city, during a new interview.

The UN in Moscow to obtain the ceasefire

UN Under-Secretary-General for Humanitarian Affairs, Britain’s Martin Griffiths, will be in Moscow on Sunday to try to bring about a “humanitarian ceasefire” in Ukraine, the United Nations head said on Friday. announced April 1. United Nations, Antonio Guterres.

“He will be in Moscow on Sunday and then he will go to Kiev,” the UN Secretary-General told some journalists.

We must stop killing our planet, killing each other and killing opportunities for countries to recover.

Let’s unite behind solutions that can transform our world.

For people, for our planet, for peace itself.

The governor of Russia’s Belgorod region on Friday accused Ukraine of carrying out a morning helicopter attack on what he described as: an “oil depot” in this city about forty kilometers from the Ukrainian border.

The Kremlin believed that this incident “would not create the right conditions for the negotiations to continue”. The Ukrainian side did not formally deny it, but suggested “sabotage”.

At least 53 cultural sites in Ukraine have been damaged since the start of the Russian invasion on February 24, according to the United Nations Educational, Scientific and Cultural Organization (UNESCO).

Extra help from Washington to Ukraine

The Pentagon will provide up to $300 million in additional military aid to Ukraine, the Defense Department spokesman said in a statement.

“The United States has now pledged more than $2.3 billion help out military aid to Ukraine since the Biden administration took office, including more than $1.6 billion in military aid since the unprovoked and premeditated invasion of Russia,” said John Kirby.

On the ground, the Russians continue their partial withdrawal from the north of the Kiev region to the Belarusian border, the Ukrainian Defense Ministry pointed out, which denounced looting by Russian soldiers. In the same area, the villages of Sloboda and Lukashivka, south of Chernihiv, were taken by Ukrainian troops.

In the east, “Russian forces have not taken any territory for 24 hours,” according to the American Institute for the Study of War (ISW). The Ukrainians claimed to have liberated 11 places in the Kherson region (south). The regional governor said two people were killed and two others injured in Russian shelling on Thursday. Kiev also announced that it had exchanged 86 of its soldiers for Russians, without specifying the number of the latter.

The President of MEPs in Kiev

Ukrainian President Volodymyr Zelensky expressed his “joy” to Roberta Metsola, the Maltese President of the European Parliament, for coming to Kiev “heroically” and “personally” and welcoming him to the Ukrainian capital where he has been since late February. entrenched .

Roberta Metsola, elected President of the European Parliament on January 18, was the first leader of a European institution to visit the Ukrainian capital since the start of the Russian invasion on February 24.