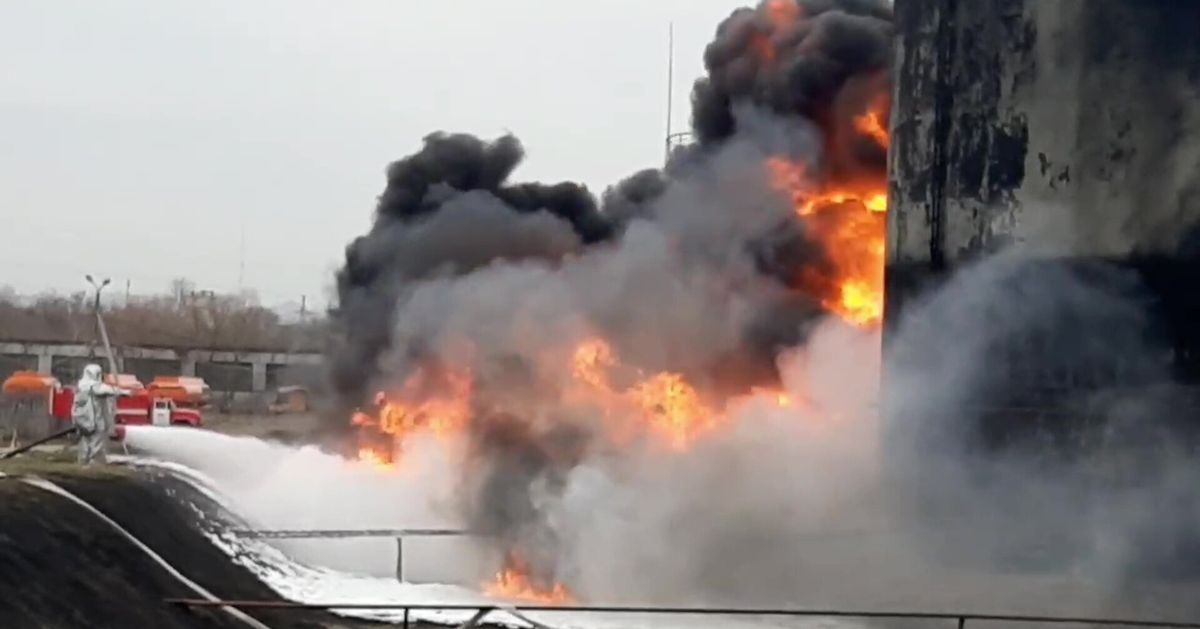 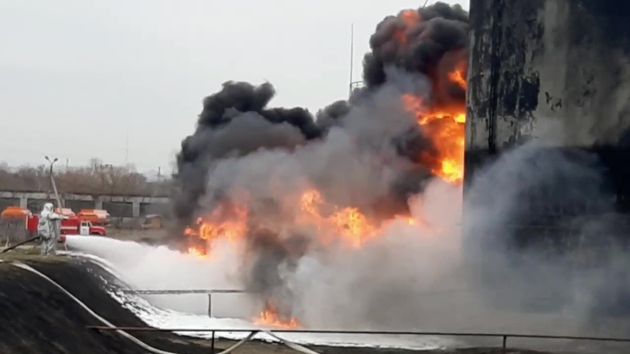 In this image of the Russian government, a firefighter tries to put out the flames after a supposedly Ukrainian airstrike in Belgorod, Russia.

WAR IN UKRANE – While the Russia claimed to have complete control of the air Ukrainebut this Friday, April 1, accuses the Ukrainian Air Force of having carried out a helicopter strike on its own soil, targeting an “oil depot”.

According to the governor of the region Belgorod in Russia, Vyacheslav Gladkov, Ukrainian helicopters hit a fuel depot in the town of the same name, about 40 kilometers from the Ukrainian border.

“A fire started in an oil depot by a air raid performed by two Ukrainian army helicopters that entered Russian territory at low altitude,” the governor of the Belgorod region said on his Telegram account.

This strike, the first of its kind if confirmed to be the work of the airforce Ukrainian, as Russia reiterated again this Friday, is coming to have total control over Ukrainian airspace.

In another post, Vyacheslav Gladkov said firefighters were working to put out the blaze and two employees of the depot were injured. The Russian Emergency Situations Ministry says more than 170 rescue workers have intervened on the scene.

The ministry also published a video of firefighters in silver thermal suits extinguishing large burning tanks. He said he was notified of the fire at 05:51 (02:51 GMT) and confirmed the toll of two injured. For its part, the public company Rosneft, owner of the property, claimed to have evacuated its staff. 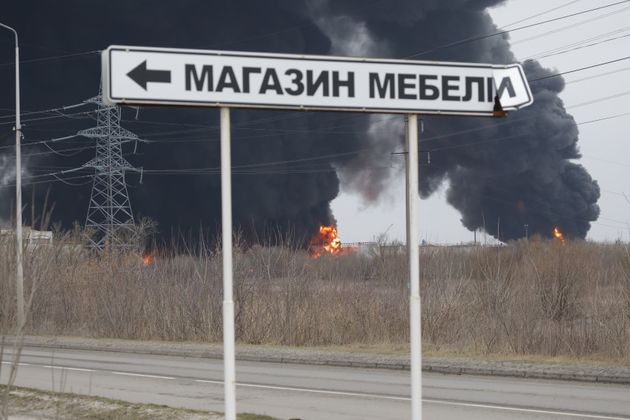 A shot of smoke and flames coming from the stricken fuel depot in Belgorod, Russia.

The director of a company near Belgorod, Konstantin Lakhnov, said his premises were also hit by helicopter fire. “Helicopters fired on us with missiles (…) The windows are damaged, equipment is destroyed or damaged (…) the roof is damaged,” he told the TASS public service.

After the attack, local media reported rows of vehicles at gas stations, but Energy Minister Nikolai Shulginov said there would be no fuel shortages.

No confirmation in Kiev

In response to these accusations emanating from across the border, the head of Ukrainian diplomacy Dmytro Kouleba stated on Friday that “Ukraine’s involvement cannot be confirmed or denied because he is not in possession of all military information”.

“At present, the Ukrainian state is conducting a defense operation to repel Russian military aggression on Ukrainian territory,” said Oleksandre Motouzianyk, the spokesman for the Ukrainian Defense Ministry.

Ukraine does not have to “take responsibility for all miscalculations, all disasters and all events that take place on Russian territory,” added Oleksandre Motouzianyk.

Still, the Kremlin said on Friday that the incident “would not create suitable conditions for the continuation of negotiations” between Kiev and Moscow. Talks resumed Friday via videoconference between delegations from the two countries, afters a meeting in Istanbul that aroused hope for progressquickly overrun by Moscow.

Explosions had already taken place at an ammunition depot in the Belgorod region on Wednesday, without the Russian authorities clearly explaining the cause of the incident. The city of Belgorod, the capital of the region of the same name, is located about 80 kilometers north of Kharkov, the second Ukrainian city to be attacked by Russian forces since the Kremlin’s offensive began.

See also on The Huff Post: Images from the Ukrainian nuclear power plant under attack