Home » in Boutcha and Irpin, the Russian army leaves the horror behind 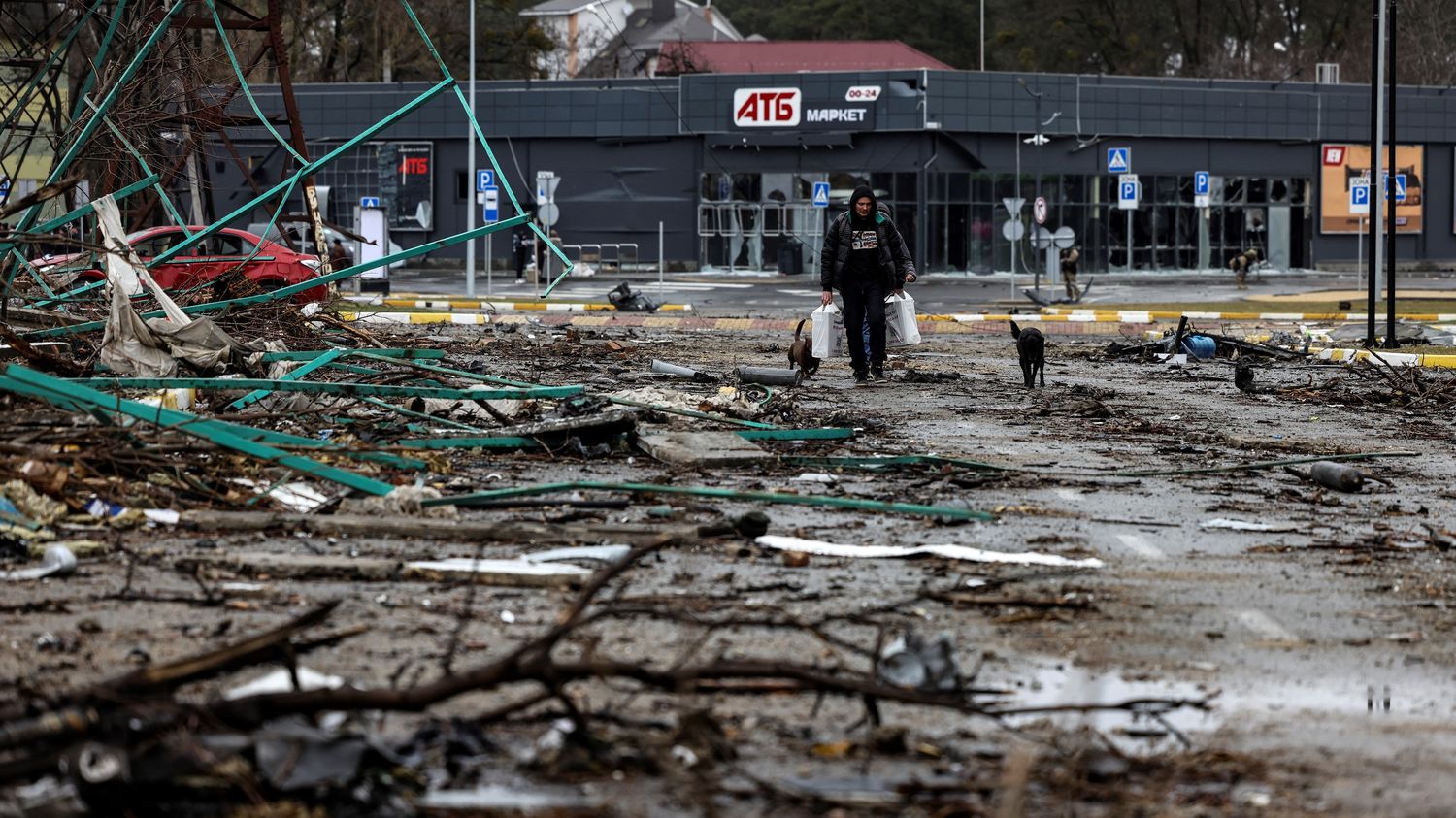 This article contains photos of the bodies of Ukrainian civilian victims, which seem important for us to understand the situation, but are difficult to view. Any links we refer to are likely to contain explicit and out-of-focus images.

The name Boutcha, once a peaceful suburb of Kiev, will undoubtedly remain one of the symbols of the horrors of the war in Ukraine. Nearly 300 dead have been found in this city after the withdrawal of the Russian army, mayor Anatoly Fedorouk testified on Saturday, April 2. In the images taken on the spot, dozens of bodies lie on the street. Deployed again in the east of the country, the Russian soldiers left behind them, in the towns they occupied near Kiev, a terrible picture of destruction and death, gradually discovered by Ukrainians and journalists.

The first images of Boutcha on Saturday were filmed from vehicles slalomed between corpses on the sidewalk of one of the city’s main streets. An AFP journalist counted about twenty dead there, all men. It is impossible to immediately determine whether they have been “shot in the back of the head”said the mayor of the city. But at least one of these men has a head injury. Another has his hands tied behind his back. A corpse is still on the bike it was riding when it died. They seem to have been there for several days.

A total of 287 dead have been found, details Anatoly Fedoruk, interviewed by france info. ‘We can’t even count them anymore’testifies a chaplain, Anatoli Kushnirchuk, who expects an even heavier toll: “Several of these corpses are in cellars or in places where Russian terrorists threw grenades. We have not yet dealt with them.”

Before the arrival of the Russian army, Boutcha had 37,000 inhabitants. Pre-war images suggest a peaceful tree-lined suburb. It is now devastated by shell craters, the buildings have been burned or destroyed, the streets are littered with wrecked cars, at least one of which is riddled with bullets, AFP said. The city had the misfortune of being located about fifteen kilometers northeast of Kiev, halfway between two priority targets of the Russian army: Hostomel, whose airport they tried to capture from the first day of the invasion, and Irpin, the gateway to the capital. where intense fighting took place.

The withdrawal of Russian troops and the liberation of the Kiev area, claimed by Ukraine, also made it possible to determine the extent of the damage in Irpin. A report from France 2 shows a city destroyed by the bombings, where we also discover in the streets the corpses of inhabitants who seemed to flee.

A little further south, the Russian army also maintained a highway connecting Kiev with western Ukraine until recently. A BBC crew reported on Friday that 13 charred bodies have been counted, some of which are also appearing on the images of a Ukrainian photographer† Footage filmed by Ukrainian volunteers with drones and obtained by the BBC shows Russian soldiers shooting some civilians on their way to Kiev who were trying to return after seeing a tank. Their bodies are still there.

In these battle-ravaged areas, Ukrainians are also discovering mines and unexploded projectiles, which hamper reconnaissance and continue to endanger civilians and soldiers. According to Ukrainian emergency services, 643 explosives have been deactivated in Irpin and Boutcha alone since the departure of Russian troops. On Friday, Volodymyr Zelensky accused the Russians of trapping certain corpses, comments that are currently difficult to verify.

#Irpine West of #Kiev† The fighting stopped 3 days ago. The Russians are gradually retreating, leaving behind unexploded shells planted on the asphalt, gutted buildings and stunned civilians who claim to be coming back from hell. #Ukraine pic.twitter.com/bgmDMr7SDe

Testimonials collected by Human Rights Watch lift the veil on what has happened in these areas occupied by the Russian army. In Boutcha, a witness said he saw the soldiers arrest five men, force them to kneel by the side of a road and kill one of them with a bullet in the back of the head. BEE Staryi Bykiv, About 80 km west of Kiev, a woman says she witnessed the arrest of two men, including her son, and then saw their bodies and those of four other victims executed. In another village near Kiev, a man told the NGO that he was threatened with being shot because soldiers discovered a shotgun in his house. Another testimony relates to repeated rapes by soldiers and others to looting. these actions “should be investigated as suspected war crimes”believes Hugh Williamsonthe director of Human Rights Watch in Europe, in the NGO’s press release.

The discovery of Boutcha’s mass grave sparked strong international reactions. The President of the European Council, Charles Michel, said to himself: “shocked by the haunting images of atrocities committed by the Russian army in the liberated Kiev region”† On TwitterBritish Foreign Secretary Liz Truss said to herself: “shocked by the atrocities in Boutcha and other cities in Ukraine”† Both say the UK and EU are helping to gather prominent evidence in the International Criminal Court’s already opened investigation into crimes committed in Ukraine.

“The Boutcha massacre was intentional. The Russians want to eliminate as many Ukrainians as possible.”

In his message, the head of Ukrainian diplomacy said: shared photos of the atrocities committed and demanded new sanctions against Russia.