Home » In Romania, a driver sets himself on fire after entering the Russian embassy 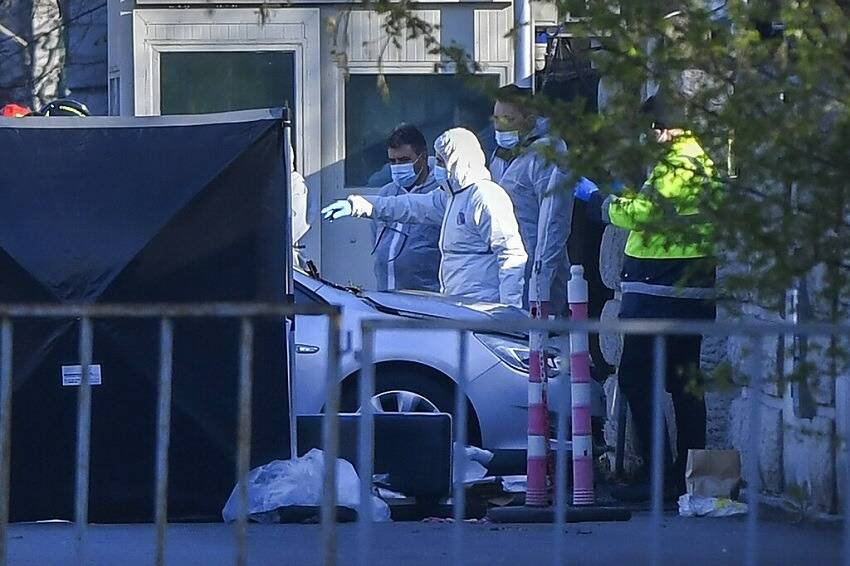 A man died at dawn on Wednesday after his vehicle crashed into the gate of the Russian embassy in Bucharest before setting himself on fire, Romanian police said.

“The car slammed into the fence and immediately afterwards the driver activated a device, which started a fire” in the passenger compartment, prosecutor Bogdan Staicu told reporters.

He added that containers of flammable substances were found in the vehicle. Amateur images posted on social networks showed a vehicle engulfed in flames, embedded perpendicularly in the portal of the diplomatic mission.

An investigation was opened to determine the causes of this act, which remained unclear. “We don’t know if it has to do with personal circumstances or other elements”assured the magistrate.

Questioned by AFP, police declined to release details about the driver’s identity or nationality. According to media sources, the head of an NGO defending fathers’ rights was sentenced on Tuesday to more than 15 years in prison for sexually abusing his underage daughter.

In his last Facebook post, two days before the incident, he expressed his solidarity with the Ukrainians and called for the expulsion of all Russian diplomats. “We are all Ukrainians until this terrible war ends”he had written.

“It wasn’t an accident”

“It was communicated that it was not an accident but a planned incident against the Russian representation, where the driver had shouted something at the guard”In turn, Russia’s powerful Commission of Inquiry responded.

In a statement, the Romanian Ministry of Foreign Affairs “rejected any attribution or political significance of this tragic incident and called on the Russian embassy to refrain from any interpretation pending the results of the investigation”†

Located in an affluent neighborhood of Bucharest, the building has been protected by police fences on the sidewalk since the beginning of Russian aggression in Ukraine, to prevent possible spillages during anti-war demonstrations.

The boulevard was closed to traffic on Wednesday and several police and intelligence officers were on the scene, an AFP journalist notes.