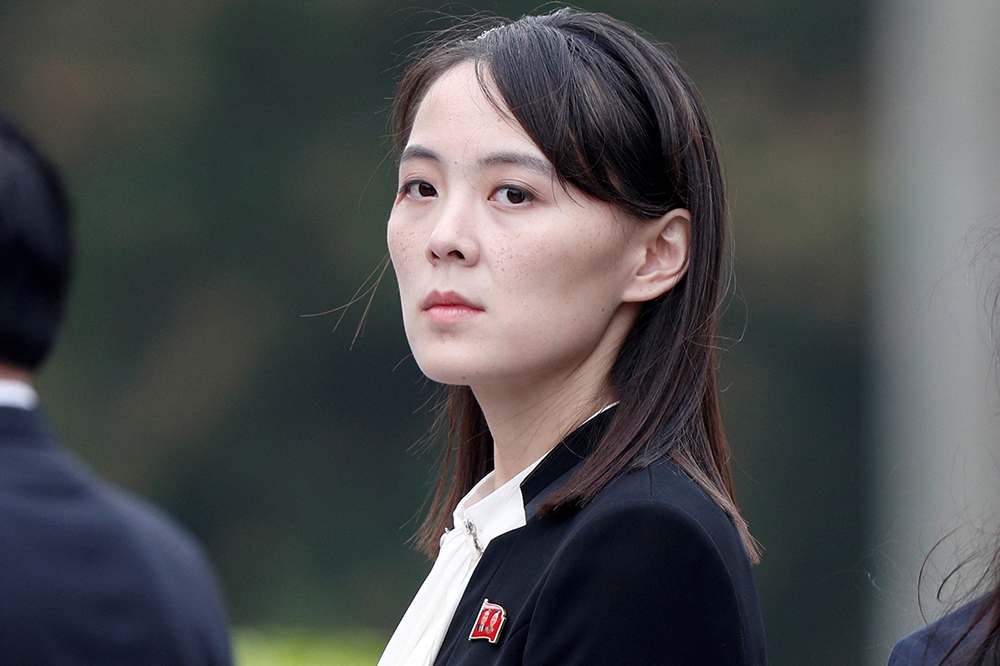 Suh Wook said Friday that his country had missiles “capable of hitting any target in North Korea accurately and quickly,” while Pyongyang has ramped up ballistic missile tests in recent months and threatens to resume nuclear tests.

In response, Kim Yo Jung said Tuesday it was a “very big mistake” for this “crazy” Suh ​​Wook to discuss a preemptive strike against a nuclear power, according to the North Korean news agency KCNA. “If South Korea chooses a military confrontation with us, our nuclear force will inevitably have to fulfill its mission,” Kim Yo Jong warned.

This senior political adviser in Pyongyang recalled that the “primary mission” of her country’s nuclear forces was to serve as a deterrent, but that if armed conflict broke out, these weapons would be used to “take out the armed forces.” of the enemy during a strike”.

In the event of a “terrible attack,” South Korean forces would meet a “miserable fate that is nothing but utter destruction and ruin,” she said.

The option of a preemptive strike is not excluded, the new South Korean president warned

“We do not see (them) as an opponent of our armed forces,” she said, referring to the South Korean military. Ms Kim had already criticized Mr Suh’s “reckless remarks” on Sunday, warning that the South “must discipline itself if it wants to avoid disaster”. President-elect Yoon Suk-yeol’s transition team assured Tuesday that the option of a preemptive strike would not be ruled out if necessary, a position Yoon had already held during the campaign.

“Pre-emptive strikes are one of the actions accepted around the world, including the UN, as a viable option…when a threat persists,” spokesman Kim Eun told reporters on Tuesday.

North Korea had suspended nuclear and long-range missile testing when Kim Jong Un and then-US President Donald Trump began high-profile talks, which failed in 2019. Since then, negotiations have stalled.

During Moon Jae-in’s presidency, Seoul pursued a policy of dialogue with Pyongyang while reducing the number of military exercises with the United States, which the North perceives as provocations.

But for President-elect Yoon Suk-yeol, who takes office in May, this “slave” approach has been a clear failure, and he has vowed to take a hard line on Pyongyang.

North Korea this month celebrates the 110th anniversary of the birth of its founder, Kim Il Sung, the grandfather of the current leader.