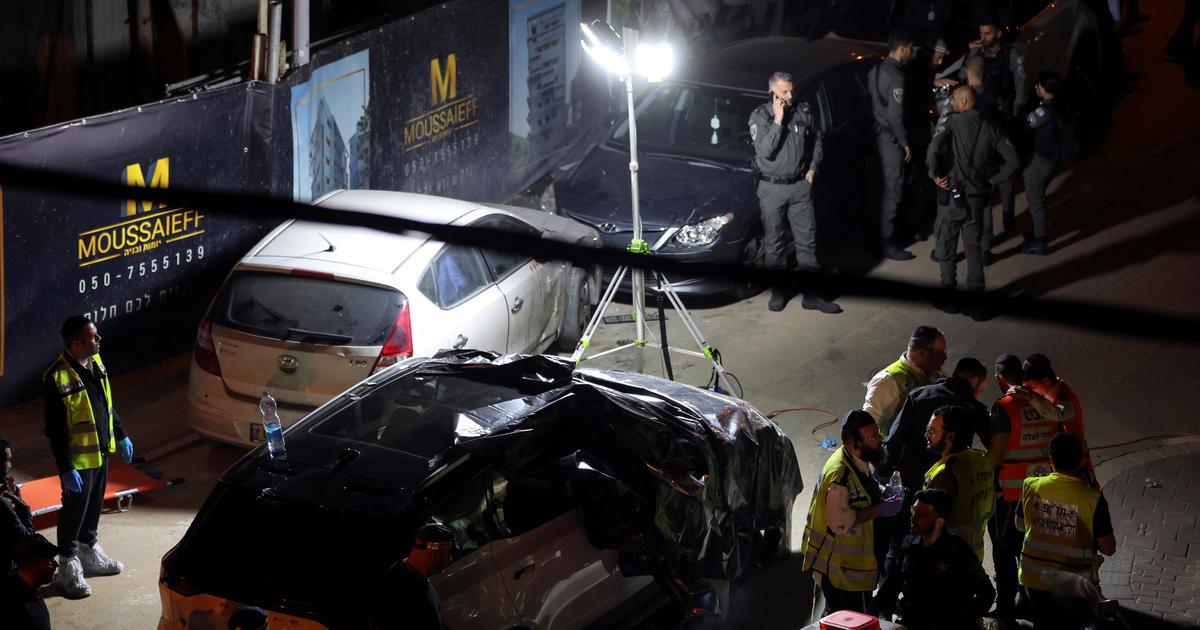 The new attack brings the death toll from terrorist attacks to eleven in one week.

This is the largest terrorist wave in Israel in 20 years. A man armed with an assault rifle opened fire on a street in Bnei Brak, an ultra-Orthodox city north of Tel Aviv. After the attack of Bear Sheva (4 dead), from Hadera (2 border guards killed, including a Franco-Israeli), a third bloody attack within the country within its borders in a week. At least five people lost their lives, according to an initial assessment. The government and security forces feared this escalation scenario, but intelligence agencies seem surprised by the multifaceted threats.

The first attack was perpetrated by an Israeli Arab who had tried to join the ranks of the Islamic State (IS) a few years ago, the second, carried out methodically by two residents of an Arab city, was claimed by Daesh. The third blurs the trail of purely internal terrorism, under the influence of IS. The author of the new murder, according to police, is a Palestinian from the Jenin region of the West Bank, stronghold of the Islamist movement.

In videos broadcast by social networks, the short-haired killer seems determined. Footage from the scene shows him entering a supermarket and shooting a young man who is escaping to a nearby building. The gunman then aimed his rifle at another person on a bicycle, but missed. With composure, he aims, targets and shoots a motorist. He was shot on the spot. The police officer who neutralized him died in a shootout.

The attacker was reportedly arrested in 2013 for security breaches and given a six-month prison sentence. He was illegally in Israel, according to the local press. Detectives are looking for possible accomplices.

These attacks come at a time when international gatherings are mounting in an effort to ease tensions as Ramadan approaches, the month of fasting for Muslims that will begin at the end of the week. Last year clashes between Israeli forces and Palestinian protesters during Ramadan in Jerusalem, including at the Al-Masjid compound, sparked a deadly 11-day war between Gaza’s ruling Hamas and the Israeli military. In a statement, Prime Minister Naftali Bennett pledged to: “react with an iron fist” and would gather senior security officials in the evening.

Palestinian President Mahmoud Abbas has condemned the attack on rare occasions. “Killing Palestinian and Israeli civilians only exacerbates the situation as we all strive for stability”he said in a statement from the official Palestinian agency Wafa.

In the evening Emmanuel Macron condemned the attacks “with the greatest firmness”who joined Berlin, who called a little earlier to “avoid a spiral of violence during the coming holidays for Jews, Muslims and Christians”.