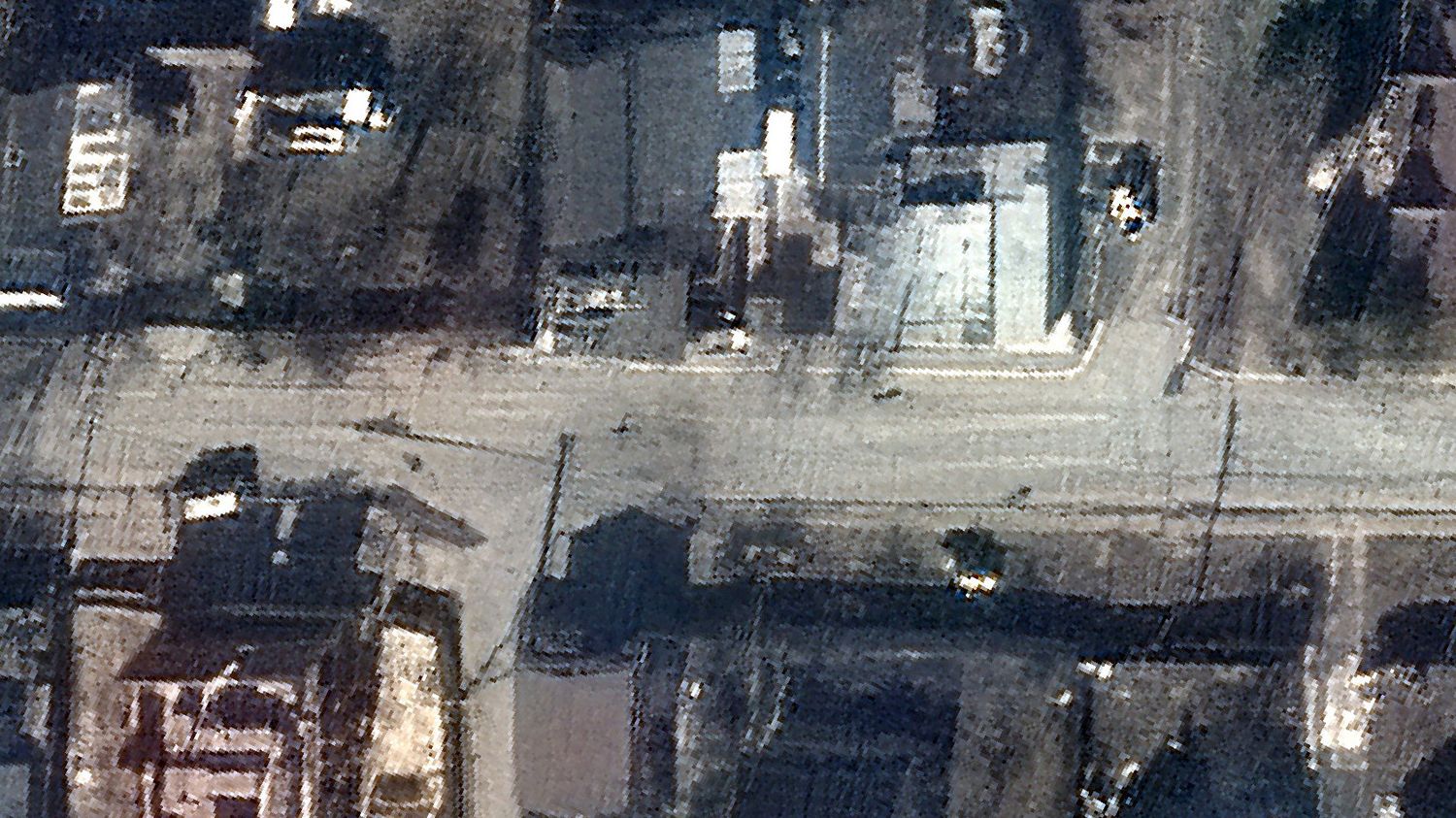 There has indeed been a massacre in Boutcha, Ukraine, a city ravaged by a month of war. the New York Times released satellite images (article in English) from Maxar Technologies on Monday, April 4, undermining Russian claims that the bodies of people in civilian clothes were placed there after Russian forces evacuated the area. But ten bodies are scattered on Yablonska Street in this photo from March 19, when the Russian army had been in the city for at least two weeks.

The Russian Defense Ministry had previously claimed that these bodies had been deposited there after the departure of its troops on March 30. So which is a lie. In addition, another satellite image shows that on February 28, the date the war started, there were no bodies: their presence is due to the Russian occupation. That “high-resolution images (…) confirm recent videos and photos on social media revealing the presence of bodies on the street [de Boutcha] and leave for several weeks”estimates Maxar Technologies in a press release.

This massacre had yet to be documented. France Télévisions has therefore verified the presence of these bodies in Boutcha in two ways. Thanks in the first place to the Révélateurs team, which has analyzed several documents that were placed online on 1 and 2 April in particular. Thanks to the work carried out in the field by a team from France 2, which at the time was able to provide location data and images from Boutcha. At the end of this work, France Télévisions can confirm the location of the ten bodies spotted on the satellite image, as well as four others. This count is not exhaustive and our journalist unfortunately noted the presence of other victims.

NB: The circumstances of the deaths of these 12 civilians are unknown at this time. Of the victims, only one had her hands tied – (2nd photo).

An impact (yellow arrow) observed by @arnaudcomte on the right, pavement can match a mortar fire. pic.twitter.com/BABB7L4GmY

At least three of them were elderly men and one was carrying a bag containing a bar of chocolate and medicines, according to our observations on the spot. Of the victims on Yablonska Street identified via satellite, only one had her hands tied. The circumstances of the deaths of these people are still unknown. In addition, France Télévisions noticed an impact on a sidewalk, which seems to correspond to a mortar fire. Another video, shot in early March, also shows a Russian tank opening fire on a cyclist at the intersection of rue Yablonska and rue de la gare. These images leave little doubt about the violence against civilians.

According to the mayor, Anatolyi Fedorouk, interviewed by the BBC, at least 320 civilians were killed during the occupation of this city, which had a population of 30,000 before the conflict started. They were sometimes buried in gardens, sometimes in a mass grave dug by the Ukrainians themselves near St. Andrew’s Church, as shown by Maxar satellite images from March 10.

Despite the evidence, Russian President Vladimir Putin called on Wednesday to “crass and cynical provocation” of the Ukrainian authorities the discovery of corpses of civilians in the city of Boutcha after the withdrawal of troops from Moscow. The German government declares, especially in view of the satellite images, that this position is not “unsustainable”.