Home » Scholz does not get through mandatory vaccination in Germany 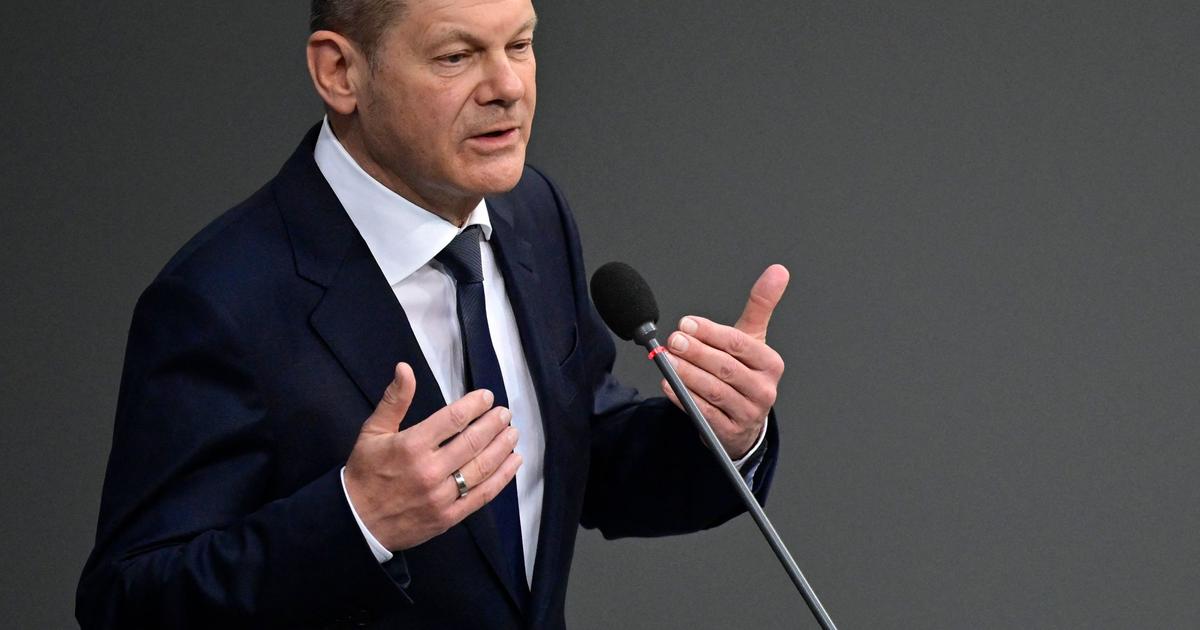 While the subject is thorny in a Germany where the anti-vaccination movement is strongly mobilized, the German chancellor has been promising the introduction of the vaccination obligation for months.

Snub for Olaf Scholz: German chancellor, already criticized for his lack of charisma, failed to vote on a draft on Thursday 7 April mandatory vaccination against Covid-19 but largely stripped of its substance.

A bill to that effect, which was the result of a promise from Angela Merkel’s successor, received 296 votes in favor but was rejected by 378 deputies from the Bundestag. Nine members of the lower house of the German parliament abstained. The Minister of Health, Karl Lauterbach, assured that the aim of mandatory vaccination was not “abandoned or left behind“, to “to avoid unnecessary casualties in the fallThe political failure is nevertheless significant for the chancellor, who had spoken out in the fall in favor of mandatory vaccination for all adults, then promised for “late February or early March†

But the new Social Democratic chancellor was unable to win all three parties in his own governing coalition, which brought together Social Democrats, ecologists and liberals, nor the conservative opposition. In the absence of a visible strategy and an openly concocted project by the government, which was officially content to support a proposal from the Social Democratic Group, the mandatory vaccination project was gradually stripped of its content during parliamentary negotiations. Before it completely fails. †We rarely witness such a political debacle‘, the newspaper Süddeutsche Zeitung pinged in an editorial. †It is not only cowardice, but also a lack of seriousness“, the newspaper lamented, convinced that mandatory vaccination is “Unfortunately” necessary.

ALSO SEE – Covid-19: “The peak of the wave is in sight,” says Chancellor Olaf Scholz

The subject is thorny in a Germany where the anti-vaccination movement is highly mobilized. The liberals of the FDP, albeit in government, have been hesitating for months about the idea of ​​compulsory vaccination. However, six in ten Germans were in favor of it, according to a poll by Civey in mid-March. Despite a proposal for an obligation ultimately reserved only for people over 60, the government could not unite around its majority project in the Bundestag. This setback will fuel growing criticism of Olaf Scholz’s discretion and lack of leadership in recent months. He even aroused sarcasm on Thursday by forcing his head of diplomacy, Annalena Baerbock, to leave a NATO meeting on Ukraine in Brussels to take part in the vote, several media outlets reported.

This sudden departure from Brussels of the popular ecologist minister thus offered the conservatives an angle. †That the Chancellor recall the Secretary of State and say: †no, Ukraine is not important, it is more important that the political interests of the parties are taken into account†this is a completely unreasonable signal, also for the world” a leader of Angela Merkel’s CDU party, Paul Ziemiak, dragged on the website of the daily newspaper Welt.

The health situation in Germany continues to deteriorate, which has registered more than 200,000 new cases of Covid every 24 hours in recent days. The seven-day incidence is over 1200. About 76% of the population has received two doses of the vaccine. According to the Robert Koch Institute, only 58.9% of Germans have received a booster dose against Covid. The Scholz government has multiplied the disappointments of the past few days about the pandemic. The Minister of Health, Karl Lauterbach, therefore gave up on Wednesday, in the light of criticism, to lift the isolation obligation from 1 May in case of contamination with Covid-19.

†It was a mistake for which I am personally responsible. It gave the wrong signal“which makes this measure ultimately”minimize the pandemic“Admit the health minister. The minister in the government of Olaf Scholz announced on Monday that the insulation requirement, currently seven days for a negative test, will be lifted from May 1. A decision was made with the representatives of the 16 Länder, but immediately criticized by the opposition and associations.

ALSO SEE – Covid-19: A German is vaccinated 87 times to sell his certificates to antivax