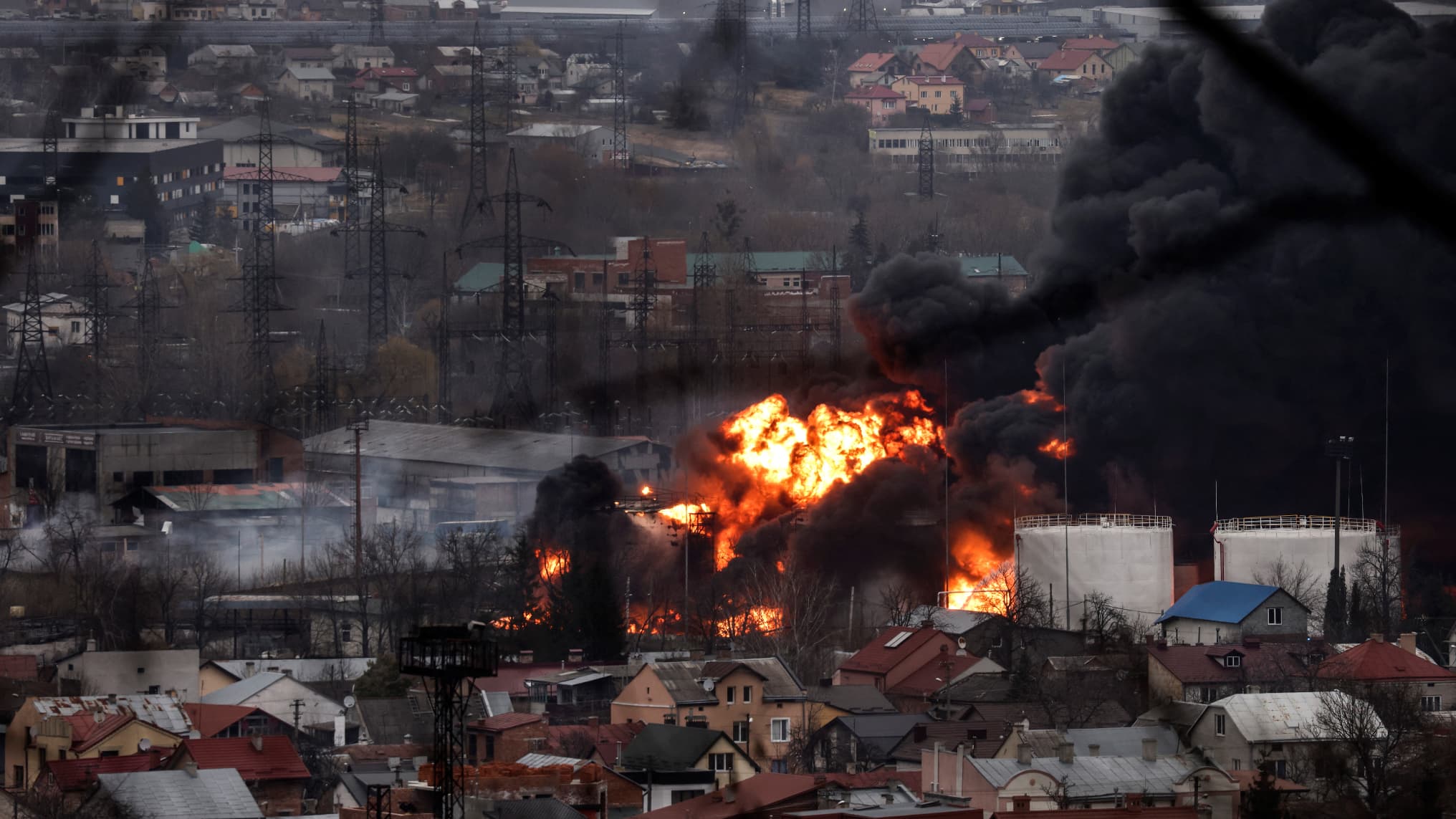 These explosions, in a city in the west near the border with Poland, come the day after statements by the Russian army announcing it would shift its military operation to the east of the country.

It was exactly 4:12 p.m. when the alarm was sounded in Lviv this Saturday. A few minutes later, this city in western Ukraine, a few tens of kilometers from the Polish border, was hit by two rockets, the military governor of the region said. Since then, a thick smoke screen has covered much of the city center of this city of just over 720,000 inhabitants.

At least five people were injured in the attack, according to initial findings from the same source. The strikes hit an “industrial facility where fuel is stored, no residential buildings were affected,” Mayor Andriy Sadovy said on Telegram.

“Everything is under control”

The facility is in an eastern neighborhood of the city, Lychakivsky. The regional governor, Maxime Kozytski, posted a video of him driving on Telegram and said he had returned from the site of the explosions. “Everything is under control, information will follow, stay calm,” he said.

A witness, who only gave his first name Taras, told AFP he was standing in front of his building when he heard a whistle, after which passers-by shouted: “Rocket”.

“I looked at the sky, a rocket flew, followed by a plane. Thirty seconds later another rocket appeared. Then I heard two explosions, one sounded very loud in the sky, the other, duller, on the ground And then there appeared a large black plume of smoke in that direction,” said the 21-year-old.

More or less preserved since the beginning of the conflict, Lviv has been sporadically hit by Russian bombing. 18th of March, an aircraft repair factory near the airport was destroyed by Moscow† A few days earlier, a base several miles away had been hit, and dozens of people died there†

It became a refuge for the displaced and at the beginning of the war there were several Western embassies transferred from Kiev. Many refugees who leave for Poland or other EU countries also stop there.

Saturday’s strikes come 24 hours after statements by the Russian General Staff, announcing a change in military strategy to focus on eastern Ukraine. An apparent reversal in which the Ukrainians did not believe.