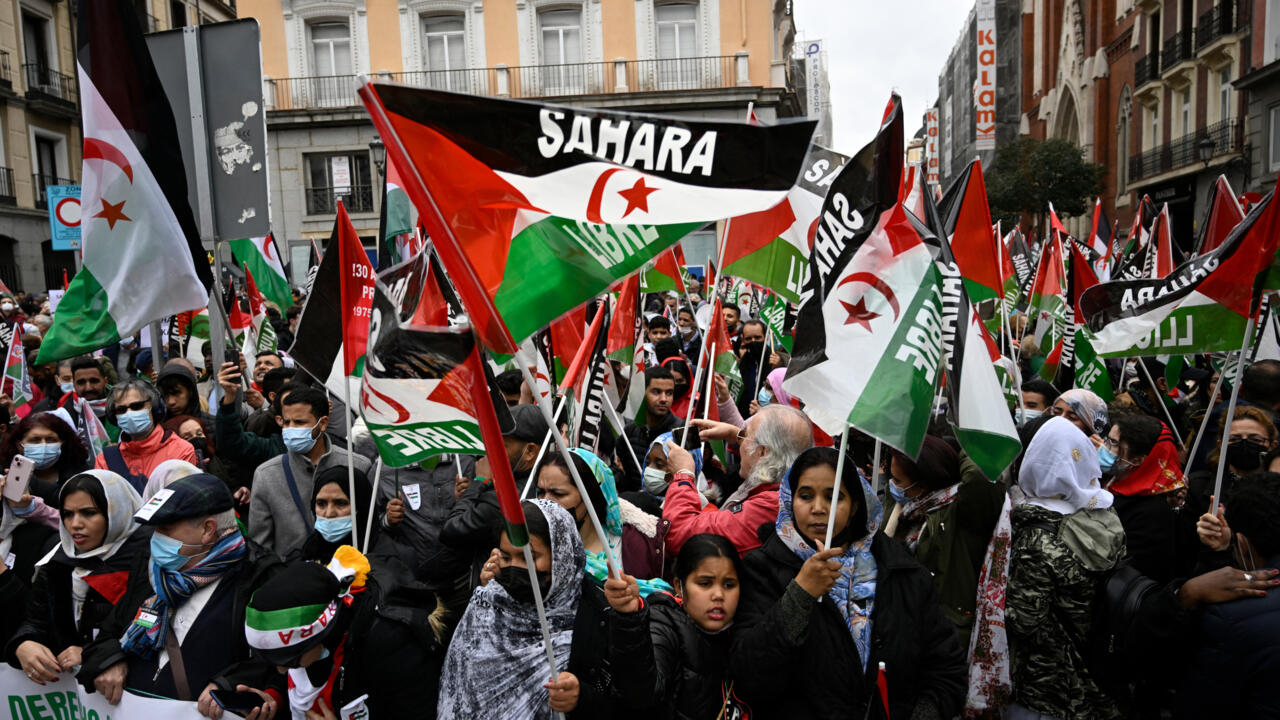 Nearly 2,000 people marched through the streets of Madrid on Saturday to denounce Spanish Prime Minister Pedro Sanchez’s decision to end Spain’s neutrality in Western Sahara. Eight days ago, Spain announced its support for the Moroccan autonomy proposal for the former Spanish colony.

Nearly 2,000 people demonstrated in Madrid on Saturday, March 26, to show their support for Western Sahara and to demand self-determination for this former Spanish colony, a few days after a turnaround of the Spanish government in favor of Morocco on this issue†

“Sanchez, traitor”, “The Sahrawis decide, they are not your bargaining chip”, “The Sahara is not for sale”: Many signs denounced the decision of Socialist Prime Minister Pedro Sanchez to suddenly support the plan launched by Rabat defended the disputed territory of Western Sahara, ending a diplomatic estrangement of nearly a year.

“This is the latest betrayal by the Spanish government,” lamented Pablo Marin, 63, amid Sahrawi flags, as well as flags of the radical left party Podemos, another government ally in the ruling coalition.

A year of diplomatic quarrel between Madrid and Rabat

Madrid has so far shown its neutrality, publicly expressing its support eight days ago for the Moroccan autonomy plan for Western Sahara, a vast desert region rich in phosphates and with waters full of fish, which pits Rabat against the Polisario Front, supported by Algiers , since the departure of the Spaniards in 1975.

This resounding announcement comes after a diplomatic crisis, caused in April 2021 by the reception in Spain, to be treated there for Covid-19, of the leader of the Polisario FrontBrahim Ghali, sworn enemy of Rabat.

The highlight was, a month later, the arrival of several 10,000 migrants of Moroccan descent in a few hours in Spanish enclave of Ceutaon the north coast of Morocco, thanks to a relaxation of border security on the Moroccan side.

Coming from all over Spain, there were about 2,000 demonstrators in Madrid on Saturday, according to local authorities. Fatma Hamida, a 20-year-old student, came from Zamora, Castile and León, in northwestern Spain, to oppose “a decision by Pedro Sanchez and to demonstrate for our freedom, our right to ‘have our own territory ‘.

“Angry”, Salome Brahim, a 28-year-old salesman from Valladolid, believes that the Sahrawis are “the bargaining chip against the interests of the Moroccan kingdom”.

“Nobody knows why” Spain suddenly changed its position, and “that’s the problem,” he explains, when Madrid remained neutral for nearly 50 years and the departure of the Spaniards.

The conflict in Western Sahara, which the UN considers a “non-autonomous territory”, pits Morocco against separatists from the Polisario Front that has been supported by Algiers for decades.

Rabat, which controls almost 80% of this territory, proposes an autonomy plan under its sovereignty, while the Polisario Front calls for a referendum on self-determination, planned when a ceasefire was signed in 1991, but never got off the ground.