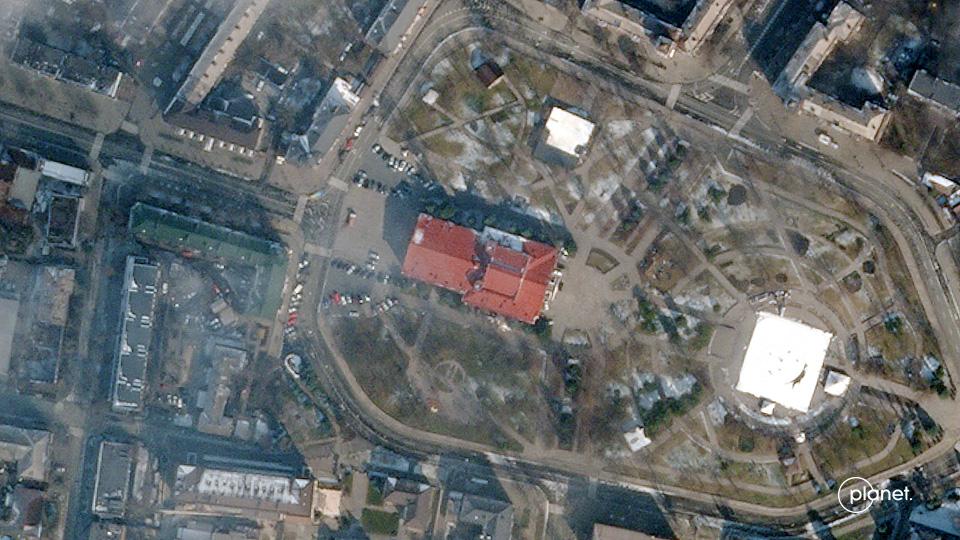 The “new mayor” proclaimed by pro-Russian forces in Mariupol on Thursday also estimated that 250,000 people had left the city, but that at least as many, even 300,000, were on the scene.

the “new mayor” proclaimed by pro-Russian troops in Mariupol announced on Thursday that“about 5000 people” had died among the civilian population of this Ukrainian city, which had been besieged for weeks by the Russian army and its separatist allies.

Read alsoWar in Ukraine: Marianna, the pregnant woman from Mariupol, manipulated by the Russian media?

“About 60 to 70% of the housing stock has been destroyed or partially destroyed”, it added, quoted by Russia’s TASS agency, Konstantin Ivashtchenko, appointed on Wednesday as head of the city by Denis Pushilin, leader of the Donetsk separatists. He also estimated that 250,000 people had left the city, but that at least as many, possibly 300,000, were left behind. These quotes are excerpts from an interview TASS announced Friday.

Konstantin Ivachtchenko also assures that in a school the “better preserved”some classes can be resumed as soon as “this month” despite the lack of electricity:We’re going to turn on the generator. We won’t be able to water either, that is, we won’t be able to feed the children, but we’ll have maybe 2-3 classes a day.” The Ukrainian authorities had made estimates “carefully” of 5,000 dead, while indicating that there are “tens of thousands of civilian casualties” and the city is destroyed “90%”. Pro-Russian separatists in eastern Ukraine also admitted on Thursday that they are still fighting thousands of Ukrainians in the besieged city and taking control of the city. “would take time”.

According to Eduard Basurin, representative of the separatist forces of Donetsk, the fighting is concentrated on the site of a large steel industrial zone of the Azovstal group and in the port. “How do you imagine the industrial zone? It is a city within the city, and there are several underground levels dating back to the Soviet period, it is not possible to bomb from above, you have to clean underground. It will take time”, he explained to the antenna of the Russian channel Pervyi Kanal. Ukrainian troops “have prepared, they know the terrain better than we do, it makes no sense to give a date or a timetable” to complete the capture of Mariupol, he added.

According to him, the Russian and separatist forces must find and block all access to the underground arteries and wait for the surrender of the Ukrainian troops. Earlier in the day, Edouard Bassourine had estimated the fighting in this area “3000 or 3500” Ukrainian troops, but also an unspecified number of Mariupol residents taking up arms. “So the (total) number could be much larger”, he said. Moreover, Edouard Bassourine indicated that there were still pockets of resistance in the city center.

The Russian army and its separatist allies have been besieging Mariupol for weeks, facing fierce Ukrainian resistance. The humanitarian situation there is catastrophic, according to both sides, and the city is largely in ruins. The capture of this port is strategic for Russia as it could make the connection between Crimea, annexed in 2014 and the region under separatist control and Russian territory. In particular, Moscow has deployed the formidable units of Chechen leader Ramzan Kadyrov there, without taking this port city so far.