Home » the United States, the United Kingdom and Australia start the race against Russia and China 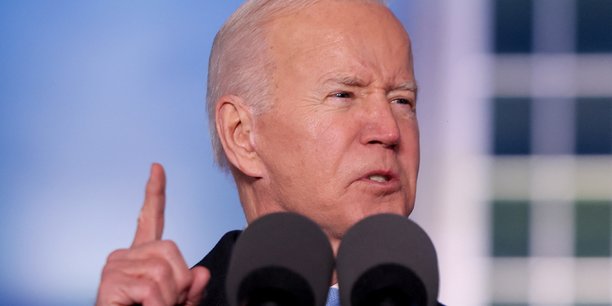 While Russia claimed to have fired two hypersonic missiles into Ukraine, China already tested this type of missile last year and North Korea also claims the United Kingdom, the United States (already testing) and Australia announced Tuesday. that they would jointly develop such weapons as part of their AUKUS security pact aimed at countering China’s growing influence in the region.

“We commit (…) today to a new trilateral cooperation on hypersonic, counter-hysonic and electronic warfare,” said US leaders Joe Biden, Britain’s Boris Johnson and Australia’s Scott Morrison in a statement. joint statement. also agreed to “extend the exchange of information and deepen cooperation on defense innovation”.

Second test for the United States

The announcement comes as the US military announced Tuesday that it had successfully tested a hypersonic missile for the second time. These missiles are faster, more maneuverable than standard missiles and therefore more difficult to intercept.

The US military’s scientific arm, the Darpa, specified that the rocket launched from an airplane had traveled more than 300 nautical miles (550 km) at five times the speed of sound (at least 6,100 km/h) and reached an altitude of about 20,000 meters. It was the second test of the hypersonic rocket HAWC (Hypersonic Air-Breathing Weapon Concept) with aerobic propulsion, ie it uses the oxygen present in the atmosphere for its combustion. The previous test, in September, was conducted with a different launch vehicle, Darpa said. According to CNN, the trial took place in mid-March and was kept secret until then to avoid escalation after Russia’s invasion of Ukraine.

“This trial of Lockheed Martin’s HAWC has demonstrated the success of a second design that allows our fighters to select the best weapons to dominate the battlefield,” said HAWC Program Director Andrew Knoedler.

The Pentagon is also developing a hypersonic glider called ARRW (pronounced Arrow), but the first full test failed in April 2020.

Hypersonic missiles are designed to fly at high speeds and low altitudes and change direction in flight rather than follow a linear, predictable trajectory, making their interception more difficult. China tested a hypersonic missile in August that orbited the Earth before descending to its target, which it missed by only a few miles. Four years after the unveiling, Russia claimed to have fired two of its new-generation missiles into Ukraine, which Vladimir Putin described as “invincible”. Russia has 7 such missiles.

The hypersonic Avangard missiles (“vanguard” in Russian) are capable of changing course and altitude at very high speeds, making them “virtually invincible” according to Vladimir Putin, who likens the scientific and military breakthrough of their development to the creation of Earth’s first artificial satellite,” the famous Sputnik. Tested successfully in December 2018, their speed then reached Mach 27 — or 27 times the speed of sound — hitting a target about 6,000 km away, according to the Russian Ministry of Defense and they were put into service in December 2019.

The hypersonic missiles Kinjal (“dagger” in Russian) used for the first time by the Russian army on Friday allowed the destruction of an underground weapons warehouse in western Ukraine, according to Moscow. This type of missiles, highly maneuverable, are supposed to challenge the anti-aircraft systems. During the tests, they achieved all their targets at a distance of 1,000 to 2,000 km. They equip the MiG-31 warplanes. Its use in Ukraine is a world first for hypersonic weapons, experts say.

– Sarmat, from the North Pole to the South Pole

The fifth-generation Sarmat heavy intercontinental ballistic missile could also evade missile defenses. Weighing in at more than 200 tons, it outperforms its predecessor — the 11,000km-range Voevoda rocket — and “has virtually no range limits,” according to Vladimir Putin, who designed it. as well as the South Pole”.

The technical characteristics of Peresvet combat laser systems (named after a 14th century warrior monk) are secret. They have been combat-ready since December 2019, according to the Ministry of Defense.

The Poseidon, an underwater drone developed for the Russian nuclear deterrent, will be able to travel more than a kilometer deep, traveling at speeds of 60 to 70 knots, while remaining invisible to detection systems, according to a source within the Russian military-industrial complex, quoted by the official TASS agency. Tests of the Poseidon system took place in the spring of 2020 to eventually equip the Belgorod nuclear submarine, a ship launched in 2019 but whose commissioning has been postponed until at least summer 2022, according to the Tass agency.

Again with “unlimited range”, still according to Vladimir Putin, and capable of overcoming almost all interceptor systems, the Burevestnik cruise missiles (a seabird whose Russian etymology is the word “storm”) nuclear propulsion are being developed by the Russian military. . Their technical characteristics are secret.

The first official launch of the Zircon hypersonic missile (named after a mineral used in jewelry) dates from October 2020. It flies at Mach 9 to reach maritime and land targets. In late December 2021, Vladimir Putin announced a first successful test firing of a zircon salvo. Other tests have taken place in the Russian Arctic since October 2020, most notably of the frigate Admiral Gorchkov and a submerged submarine.