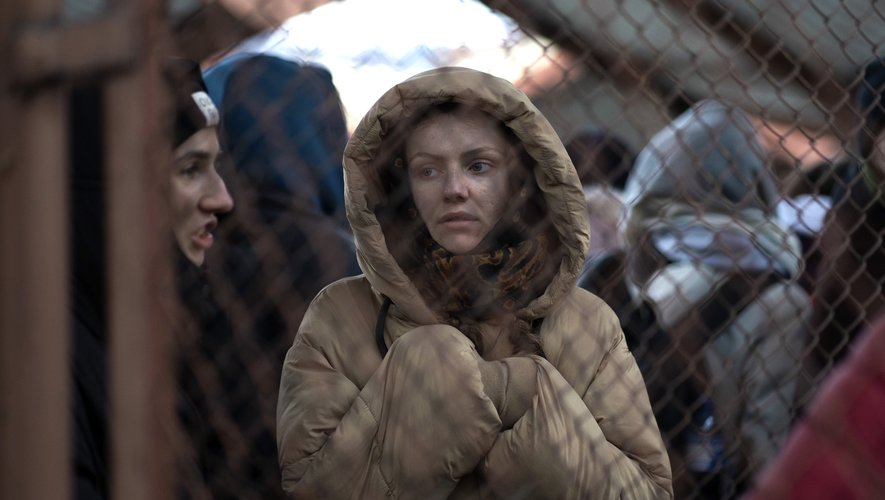 Kiev accuses Moscow of wanting a partition of Ukraine, Zelensky demands more weapons from the West, corridors asked to evacuate civilians from Mariupol…: update on the situation in Ukraine this Sunday, March 27.

The essentials to remember this Sunday March 27th

“Russia wants to divide Ukraine in two, as has happened with North Korea and South Korea,” Kirilo Budanov, the head of Ukraine’s military intelligence, said on Sunday, promising an “all-encompassing” war to avoid such a scenario. . Ukrainian President Volodimir Zelensky, for his part, urged the West to provide his country with tanks, planes and missiles to help him fend off Russian forces, which the Kiev government says are increasingly targeting the fuel and food depots†

Putin a “butcher”: US government tempers

While US President Joe Biden is… Russian counterpart Vladimir Putin of ‘butcher’Since the latter “couldn’t stay in power,” US officials have since worked to moderate these comments. US Secretary of State Antony Blinken said Washington had no regime change strategy in Moscow and that Joe Biden had simply meant that Vladimir Putin had no right to declare war on Ukraine or Russia, other countries.

Emmanuel Macron, for his part, said on Sunday that he would not use the same words as Joe Biden to refer to the Russian president. “We want to stop the war that Russia has started in Ukraine without going to war and without escalating it, that is the goal,” the French president said.

More than a month after the invasion of Ukraine, presented by Moscow as a “special operation”, Russia appears to have revised its ambitions and indicated on Friday that it wants to focus on a complete “liberation” of the eastern Ukraine region from Ukraine. the Donbass. , where pro-Russian separatists have been fighting Ukrainian forces for eight years.

In this part of Ukraine, a leader of the self-proclaimed Luhansk People’s Republic on Sunday said the region could soon hold a referendum to join Russia, such as in Crimea after the area was annexed by Moscow in 2014. voted overwhelmingly for a break with Ukraine, but this consultation was not recognized by much of the international community.

“Actually, it is an attempt to create North Korea and South Korea in UkraineKirilo Budanov, the head of Ukrainian military intelligence, said in a statement, referring to the division of Korea after World War II. However, Kirilo Budanov assured that the Ukrainian military would be able to repel the troops. ” an all-out war on the part of the Ukrainians will soon begin. Then the Russians have only one option: how to survive,” he said.

Ukraine also believed that Russia’s organization of a referendum in Luhansk would have no legal basis and would require a strong response from the international community. “All false referendums in the temporarily occupied territories are invalid and have no legal validity,” Oleg Nikolenko, a spokesman for Ukraine’s foreign ministry, told Reuters news agency. “Instead, Russia will face an even stronger response from the international community, further deepening its global isolation.”

On the military front, Russian high-precision cruise missiles have targeted military targets in Lviv, western Ukraine, the Russian Defense Ministry said on Sunday. On the diplomatic side, a Ukrainian negotiator said the two sides would join talks in Turkey this week, but the Ukrainian president warned an agreement with Moscow would only be possible if Russia withdraws its troops.

At least 1,119 civilians have been killed and 1,790 injured since the start of the conflict, the UN human rights agency said. Pope Francis, for his part, ruled that the threat of world conflict related to Russia’s invasion of Ukraine should convince that the time had come for humanity to abolish war before it abolishes humanity.

Ukraine and Russia agreed on Sunday to set up two “humanitarian corridors” to evacuate civilians from frontline areasUkrainian Deputy Prime Minister Irina Vereshchuk said to allow them to leave the besieged city of Mariupol. While Emmanuel Macron on Friday proposed an “exceptional humanitarian operation” related to Turkey and Greece in Mariupol, French Foreign Minister Jean-Yves Le Drian warned on Sunday that it would be “collective guilt” if nothing was done to help the civilians in the besieged city.