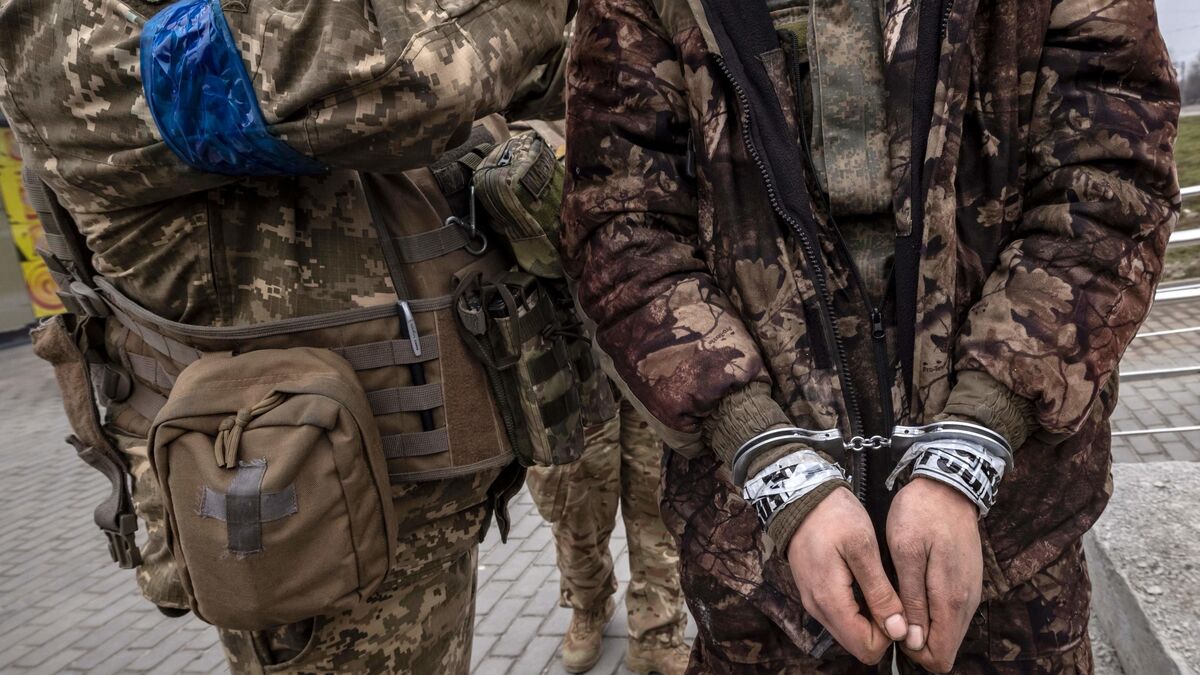 Shocking images. The NGO called Human Rights Watch Ukrainian authorities to investigate possible “war crimes” against Russian prisoners, after the broadcast of extracts showing Ukrainian soldiers shooting them in the legs. A video released on March 27 shows three men in fatigues, their hands tied behind their backs, thrown to the ground from a van by other gunmen, who shoot them in the legs.

While the authenticity of the images could not be independently established, AFP geotagged the video as being shot in the village of Mala Rogan, in the region of Kharkiv (northeast), city recaptured by Ukrainian troops earlier this week after offensive†

AFP journalists who were able to reach Mala Rogan on March 28 saw the bodies of two Russian soldiers, a bag over their heads, lying in one of the alleys of the village, largely destroyed by fighting, while at least two other bodies were thrown into a well.

“If confirmed, beating and shooting captured fighters in the legs would be a war crime,” HRW said in a statement released Thursday night.

“Ukraine must demonstrate its ability and willingness to prevent and sanction serious violations of international humanitarian law,” the international organization added.

The operation in Mala Rogan made it possible to push the Russian forces back several kilometers and clear the entire southeastern flank of Kharkov, especially a highway under Russian fire where several Ukrainian civilians died.

In total, AFP counted the bodies of more than a dozen Russian soldiers in Mala Rogan, where, according to the Ukrainian army, many corpses are scattered in the fields, in and around their positions, as well as randomly in the houses of the village. An unknown number were captured, including a young signalman, it was found.

Russian forces fired on Kharkiv from Mala Rogan, recaptured by Ukrainian forces in a pincer attack that surprised the Russians. Many of these soldiers became trapped in homes and resisted in basements during cleanup operations that lasted nearly three days.

According to a Ukrainian military source, a unit of local volunteers took part in the first day of the operation, sparking criticism among conventional units.

These acts must be “punished”

An adviser to the Ukrainian presidency, Oleksiï Arestovitch, had admitted on Telegram that the abuse of prisoners is a “war crime” and that such acts should be “punished”. “We will treat prisoners in accordance with the Geneva Convention, regardless of your personal emotional motives,” he told the army.

Alexander Bastrykin, the director of the Russian Commission of Inquiry, the body responsible for the main criminal investigations in the country, has ordered an investigation into the alleged abuses.

Russian soldiers have also been accused of abuse since the invasion of Ukraine began on February 24. In Mala Rogan, residents accused them of raping women held captive for days on the floor of a school.