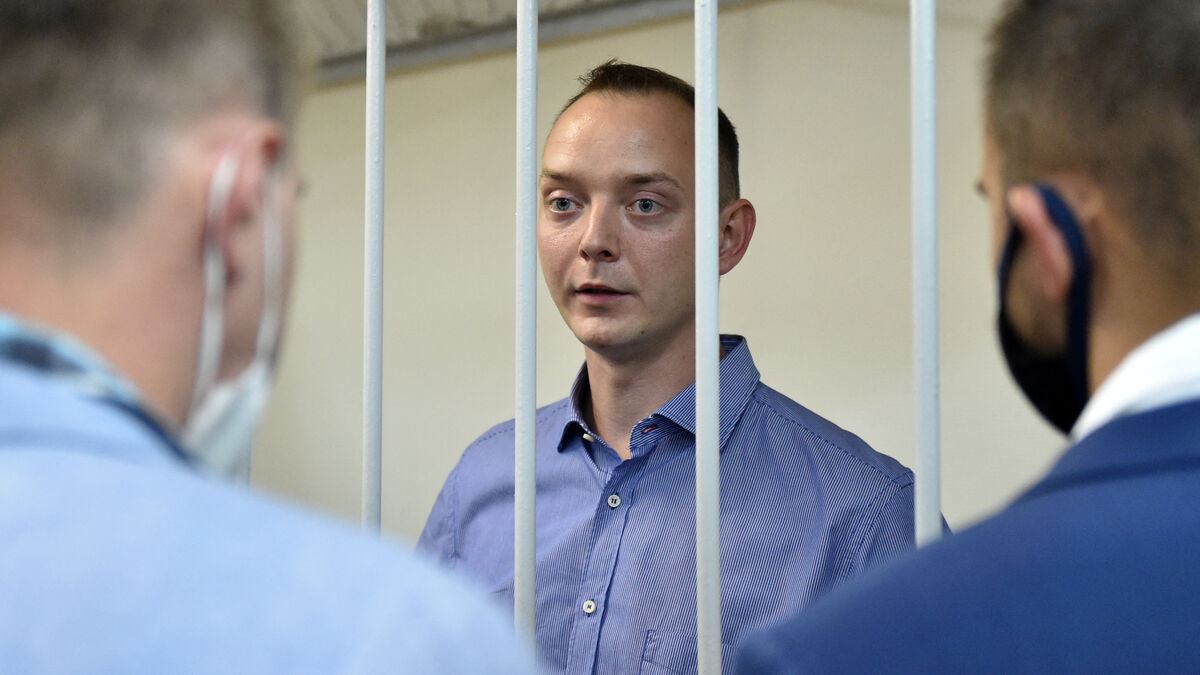 Ivan Safronov claims his innocence. This Russian investigative journalist, known for his work on military news, denounced the “extreme cynicism” of the Russian justice system in a letter published Monday, the first day of his trial for high treason. Ivan Safronov, incarcerated since July 2020risking up to 20 years in prison. Accused of “state treason” in favor of a foreign power, he appeared behind closed doors before a Moscow court.

The 31-year-old journalist, who is considered one of the best journalists in Russia in the military field, came under increasing pressure against the independent press in the summer of 2020 – that have been multiplied since the beginning of the Kremlin offensive in Ukraine. There is no doubt about his former colleagues: the case against him is revenge for his articles, some of which report failures or embarrassing incidents in the Russian military.

“Not a single word received under the seal of secrecy”

On Telegram, a lawyer specializing in the case, Ivan Pavlov, published a long letter from the journalist in the morning, dismissing all charges against him and claiming to be the victim of a “travesty” of justice. “I actually received information from open sources related to my field – military journalism,” writes Ivan Safronov. But “I produced journalistic content that did not contain a single word or number that was received under the seal of secrecy or illegal,” he continues.

During the investigation, the journalist confirms that he never had the right to use the internet to show the researchers the content of his articles. He also says that he usually only saw his lawyers once a month, and that they weren’t even allowed to take a sheet of paper with them to take notes.

“It is really extreme cynicism, if not a crime against justice, to charge a man with a crime punishable by up to 20 years in prison without giving him a chance to defend himself,” he laments. The suspect had worked for two influential Russian daily newspapers, Vedomosti and Kommersant. Pushed until Kommersant’s resignation in 2019, he became an advisor to the director of the Russian space agency Roscosmos, Dmitry Rogozin, in May 2020.

According to the Russian security services (FSB), Ivan Safronov is suspected of having “passed state secrets about Russia’s military and technical cooperation, defense and security” to “an intelligence agency of a NATO country”. For its part, the Kremlin assured that his arrest had “nothing to do with his journalistic activities”.