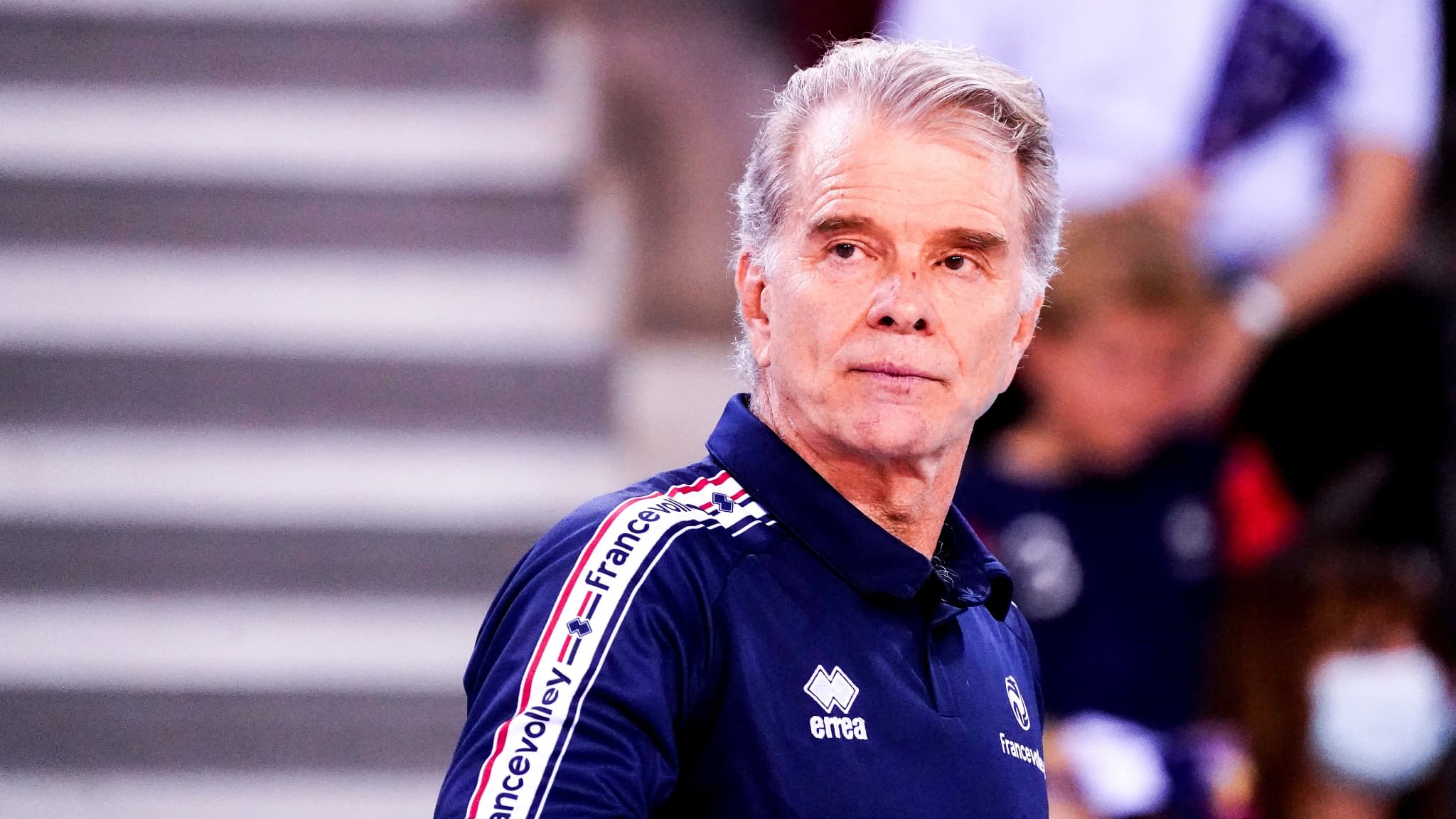 Coach of the French volleyball team after the Tokyo Olympics, Bernardinho left the Blues two weeks ago. In an interview with the squad on Tuesday, the Brazilian clarified the reason for his dismissal, justified by personal reasons.

Chosen to replace Laurent Tillie at the end of the Tokyo Olympics, where France won gold, Bernardinho did not remain in office for long. Two weeks ago, the Brazilian handed in his resignation for personal reasons. In an interview on the team this Tuesday, the person concerned reconsidered this choice.

“Since my divorce, the situation with my two daughters has been a bit difficult. The youngest (12 years) has suffered from the divorce. I felt that the imminent departure of my departure in early April made her nervous. “I saw her crying several times, and one day she collapsed, Bernardinho confided. Psychologically she was bad. We talked, but I realized I couldn’t leave her alone. She has her mother, but I don’t. couldn’t run away. We had to play in Canada, Japan, Thailand. I couldn’t go to the other side of the world and leave her here. I would have been selfish if I had privileged this professional project.”

Because this professional project, where he would take home the Olympic champions for the 2024 Olympics in Paris, was necessarily attractive in the wake of the generation of Earvin Ngapeth, Benjamin Toniutti, Jénia Grebennikov and Kévin Tillie. In the end, Italian Andrea Giani was chosen to replace Bernardinho.

Bernardinho has not spoken to Ngapeth since his departure

Bernardinho will therefore have only had one game with the French team, at the European Championships last September, where the Blues were eliminated last September. But the 62-year-old had grown attached to his group, though he hasn’t spoken to Earvin Ngapeth since he left. “He’s the only one I haven’t spoken to. Like all artists, he has such a big heart. He knows he makes mistakes sometimes, but he’s a special man, and we’re going to talk calmly. to thank him, to tell him what I think… When we are going to close the season (with Flamengo), I want to go to Modena and greet him, kiss him, Bernardinho indicated. My experience was short but with such an artist is something unique.”

First foreign coach at the head of the Blues for 26 years and the Russian Vladimir Kondra in 1995, Bernardinho arrived with the most beautiful record in the world, composed with the Auriverde men’s selection: twice winner of the Olympic Games, twice silver medalist, three times winner of the world championship, or eight-time winner of the World League. “Yet I have led great players like Giba, Serginho… But Earvin is really incredible. Now I would like him to take on the role of leader, with Benjamin Toniutti, a serious, hard-working man who thinks about the collective. “Earvin has a very important place in this team,” said the experienced Bernardinho. I would like him to realize this, to take on this role. He can have fun with his music, but first I want him to get a medal wins in Paris I’ll be all the way with them.’