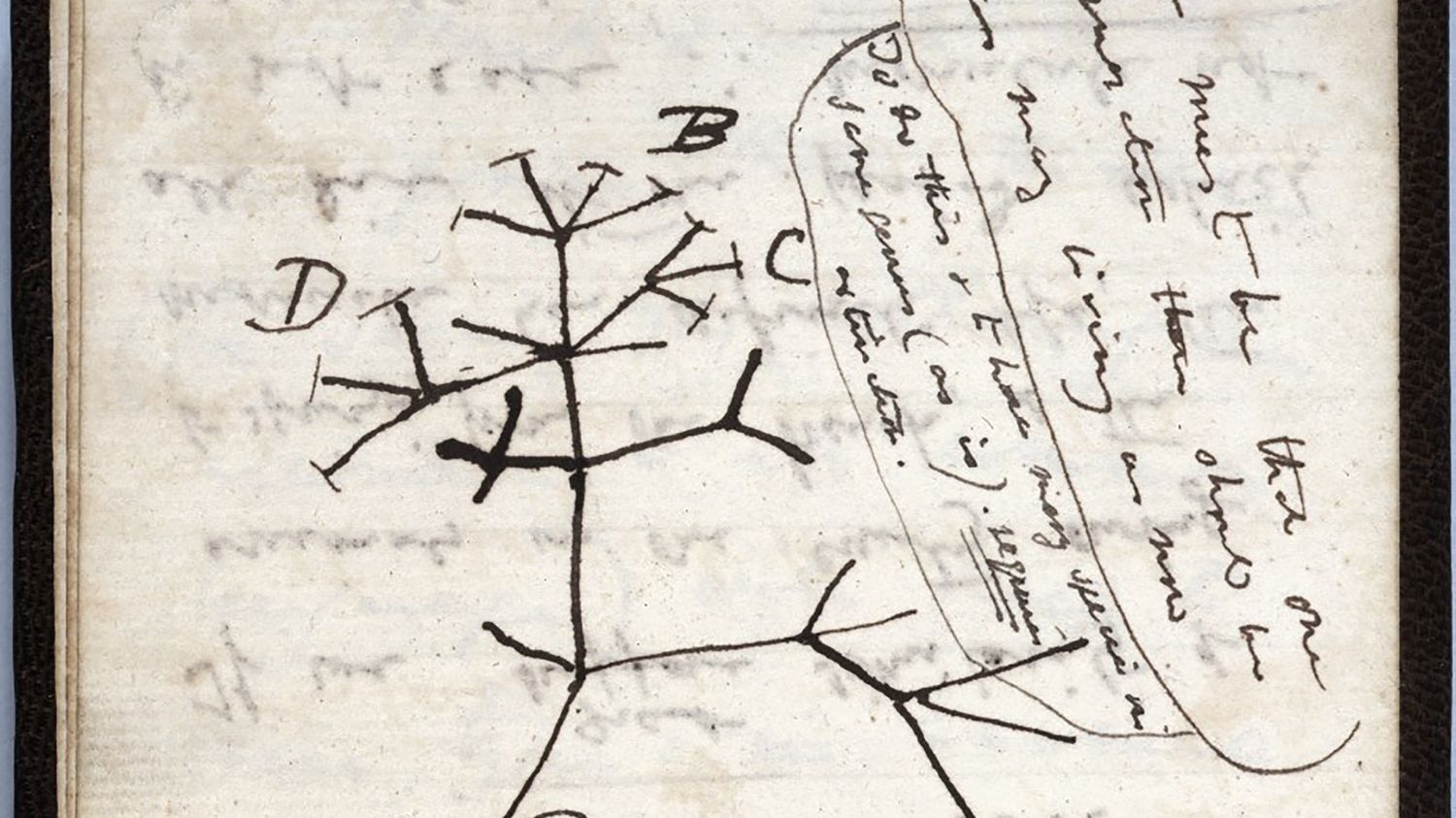 The work of Charles Darwin (1809-1882), the father of the theory of evolution, made it possible to understand that man was neither central nor at the top of life. Two precious nature books, believed to have been stolen, have mysteriously resurfaced in a Cambridge university library.

Two precious Charles Darwin notebooks had been missing from the British University of Cambridge for more than 20 years and were considered stolen. They mysteriously appeared recently in a gift bag left in the library with a greeting card.

The two notebooks, one of which is the sketch of“tree of life” became the symbol of the English naturalist’s theory of evolution, “returned undamaged to Cambridge University Library more than two decades after being found missing”the library said Tuesday, April 5.

The notebooks were delivered anonymously on March 9, 2022 in a pink bag containing an envelope in which the librarians wished “Happy Easter,” it says.

“My relief at the safe return of the notebooks is profound and almost impossible to express properly”delighted Jessica Gardner, the director of library services. “Like many others around the world, I was heartbroken to hear of their loss and the joy of their return is immense,” she added.

jessica Gardner had made a broad appeal in November 2020 to find the notebooks “probably stolen”, the value of which is estimated at several million British pounds. Local police were notified and the notebooks were added to Interpol’s database of stolen artworks.

The two notebooks had been taken from the room in September 2000 where the library’s most precious books are kept for photography. During a routine check in January 2001, it was found that the small box containing them, the size of a paperback, was not in place. For years, librarians believed that the notebooks were misplaced in the library, which houses 10 million books, maps, manuscripts and other items.

The two found notebooks will be presented to the public this summer as part of an exhibition in Cambridge dedicated to the scientist. The work of Charles Darwin (1809-1882), the father of the theory of evolution, made it possible to understand that man was neither central nor at the top of life.