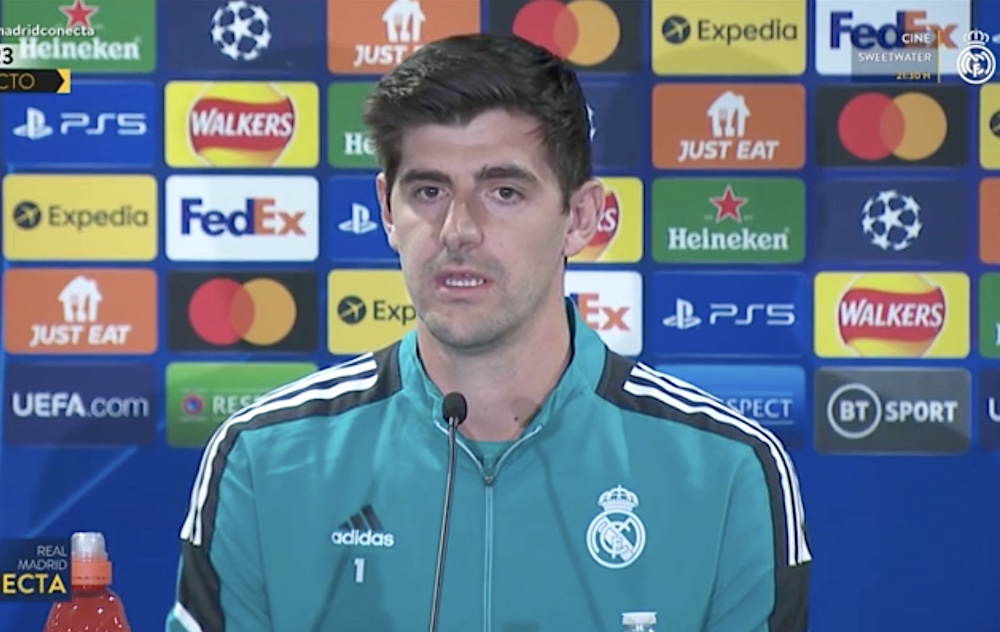 Goalkeeper Thibaut Courtois appeared at a press conference in London to talk about the Champions League match between Chelsea and Real Madrid (9pm Wednesday).

Revenge: “Last year’s game is different from this year’s because there were no fans. It’s a different game and a different season. We are very good and we can’t wait to play. We want to go out with the right intensity I played a good game.” against Celta and I will try to do the same tomorrow.”

His past at Chelsea: “I have good memories of this. Maybe the start was a little less, but I’m coming here with Real Madrid to win and reach the semi-finals. That’s what’s important.”

Reviews: “It’s always like this at Real Madrid. You have a winning streak of ten games, then draw, lose and… All we’ve done is win the Supercopa. I have every confidence in the team.”

His role as rescuer: “A team that wins trophies has to have a good defense and a good goalkeeper not to counter. That’s how modern football is. A clean sheet helps to win matches.”

The absence of Ancelotti: “We’re lucky the second is his son and he’s a lot like him. He’s been on video chats and we all know how that works. But the coaching staff is doing well and it’s not a big problem.”

Real doesn’t cash in much in LDC: “I am in one of the best moments of my career and I hope to help my team in these qualifiers. We saw it in Paris and then how we could come back to the Bernabeu. We want it to be decided at the Bernabeu, the idea is to qualify there.”

Sanctions in Vigo and critics: “We have a good season and the decisions of the referees always give rise to doubts. Football changes and it is never black or white and the referee has to decide. When they gave us penalties in Valencia, nobody said anything. It is football.”

Worried about what’s happening at Chelsea: “Yes, it’s a difficult time, but I think you can see that people who love Chelsea want to keep the same spirit. This club gave me the opportunity to grow for seven years, loaned to Atleti and playing here. I’m always happy to come back. I hope the new owners understand the club they are buying.”

Is he the best goalkeeper in the world: “Sometimes a Spaniard says yes, then an Englishman says no… It depends on taste. But I don’t need anyone to tell me I’m the best. I know I have to play well to help my team, say me to myself I’m one of the best, confidence is important for goalkeepers. Without not going for certain balls, those details help. For example, against Celta, I thought I didn’t manage to save Gallardo, but with my confidence, I told myself I had to go and I stopped him.”

Eden hazard status: “Hazard is a very useful player for us. I know he is doing well morally and the most important thing is that he recovers well so that he can start preparing well. He would have liked to be here because he played here for seven years. I’m sure he can bring a lot to Real Madrid. I still have faith in him.”

On the list of the best: “All I can do is train hard like when I was a kid and play well. I can’t change my mind, it depends on who votes. For the trophies I think it’s better for ex-players or goalkeepers to decide. There are many goalkeepers, Cech, Kahn, Casillas, Van del Saar… They can give their opinion. Journalists do not know what it is like to be in the cages. After that, the individual is good, but the main reward is the team”.

lukaku: “He’s a great striker, it’s strange to see him play so little, but he has tremendous quality and scores a lot of goals. It’s clear there are good strikers at Chelsea, if the team keeps winning, the coach gives the same .” My first year in Madrid wasn’t easy either, I’m sure it will pass.”

What tactical plan against Chelsea: “It is the coach who makes the choices. Otherwise there would be no need for a coach. He is the one who decides. Using a fourth midfielder depends on the idea of ​​the game. The coach has a plan and we trained yesterday and today, but I can’t say much.”

This Chelsea compared to last year: “It’s more or less the same team. They are the same players, although they had very good momentum last year and are struggling a bit more this year. We know what we can do against them.”

Is Benzema essential to win the Champions League: “Yes, of course, he is the best striker in the world. Since Cristiano left, he has scored a lot of goals. He is a leader on the pitch and we need him to win the title.”