Home » Who is Carlos Alcaraz, the new prodigy of Spanish tennis? 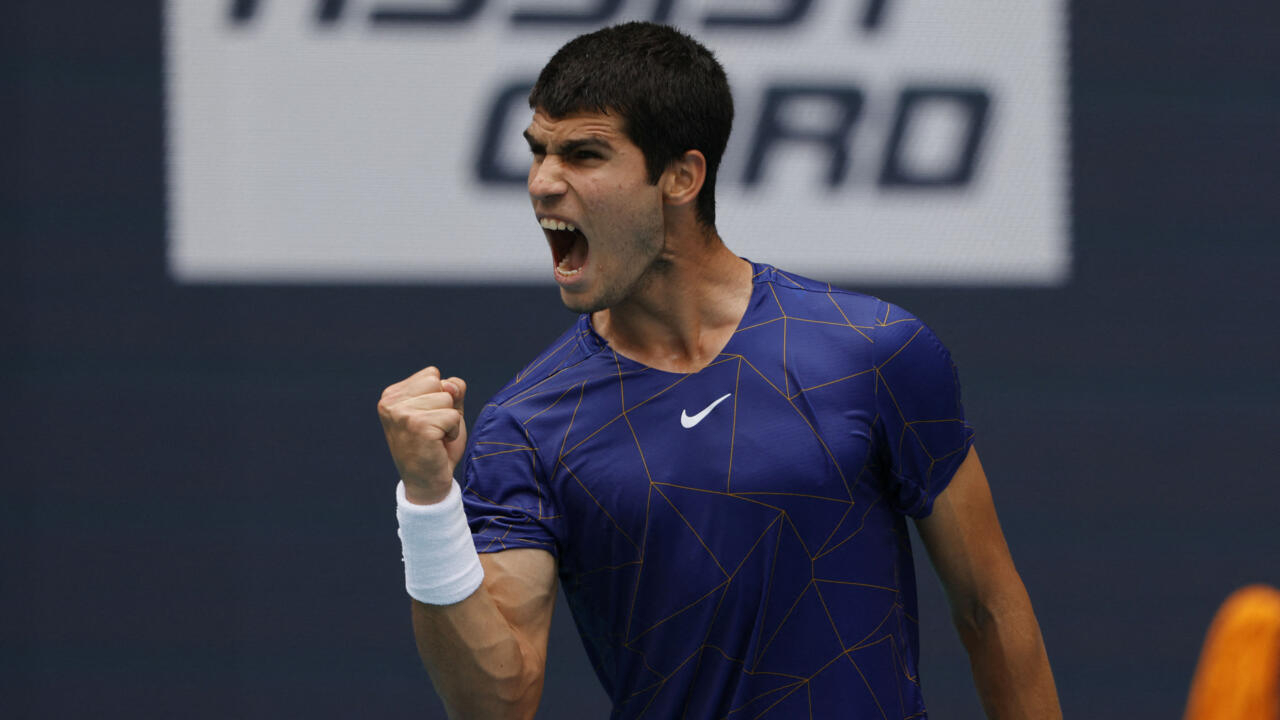 Carlos Alcaraz (16th in the world) became the youngest winner of the Miami Masters 1000 tournament on Sunday with 18 and defeated Norwegian Casper Ruud (8th) in the final 7-5, 6-4. This phenomenon is already being presented as the new Rafael Nadal.

At 18, Carlos Alcaraz is the new sensation world tennis. The Spaniard jumped five places in the ATP rankings on Monday, April 4 to take 11th place in the world, the day after his victory at the Masters 1000 in Miami, of which he is now the youngest winner.

While Rafael Nadal, winner of the last Australian Open, and in fact the only record holder for the number of Grand Slam titles (21), continues to be reborn at 35, Carlos Alcaraz, his designated successor, is already ready to take over. His eldest also mentioned him on social networks. “Congratulations ‘Carlitos’ on your historic victory. Definitely the first in a long series to come!” Rafael Nadal congratulated on Twitter.


By winning at the age of 18, the Spanish prodigy outperformed Novak Djokovic, who was 19 when he was crowned in Miami in 2007. He defeated, 7-5, 6-4, the Norwegian Casper Ruud, 8th world player who is also playing his first final of an event in this category.

“I felt at home from the first game. There are a lot of people here who speak Spanish. Without you, without the energy you gave me in difficult times, I don’t think I would have won this tournament,” he responded, the audience to address.

Winner of the third tournament of his career, the most prestigious, after the clay court in Rio de Janeiro in February and in Umag, Croatia last year, he makes his irresistible rise.

This native of El Palmar, a town near Murcia, in southeastern Spain, achieved early success. At the age of 15, he won his first match in a Challenger tournament in Alicante in April 2019. The following year, he revealed himself at the ATP 500 tournament in Rio de Janeiro, where he received an invitation. At age 16 and in 406th place in the world, he knocked out Albert Ramos-Viñolas, 41st, in the first round before losing to Federico Coria. He is then the youngest player to win a match on the ATP Tour since 2013 and the youngest to break a top 50 since 2003.

That same year, he became the fifth player to win three Challengers before the age of 18 (with Richard Gasquet, Félix Auger-Aliassime, Novak Djokovic and Juan Martín del Potro) and at the end of the season received the ATP Award for the revelation.

The young tennis player continues on his way. In 2021 he spent one round at the Australian Open, then reached the 3rd round at Roland Garros, before reaching the quarterfinals at the US Open, most notably knocking down world No. 3 Stéfanos Tsitsipás in the 3rd round. to fetch. last longer than 4 hours. He was then the youngest player to beat a top 3 member in the world since Michael Chang in 1989. Carlos Alcaraz had to retire in the quarter against Canadian Felix Auger-Aliassime due to a right adductor injury.

‘I can win a Grand Slam this year’

To take him to the top, he can count on former Spanish champion Juan Carlos Ferrero, who has been his coach for four years. Requested by the teamthe latter had long been convinced that his protégé would go far: “His potential was there, and my role was to make him evolve, play and keep a good rhythm. So no, his win doesn’t surprise me me completely but of course it all went very quickly. That’s not easy…”

The two men have a very strong relationship. Although Juan Carlos Ferrero was not in Miami at the start of the tournament due to the death of his father, his young champion remembered him throughout the competition and dedicated all his victories to the Ferrero family.

The best gift he could give to his coach Juan Carlos Ferrero, who lost his father a few days ago and purposely came to Miami for the final. https://t.co/TVeLlwJ7RY


This duo is now programmed to win as many titles as possible. Carlos Alcaraz does not hide that he is full of confidence. “I can win a Grand Slam this year. And I’m not afraid to say it. There are Nadal, Djokovic, Tsitsipas or Medvedev, who are the best in the world and Grand Slam favorites, but hey, I’m not not afraid to say I’m ready to win a Grand Slam”, he thus entrusted it to the newspaper Mundo Deportivo.