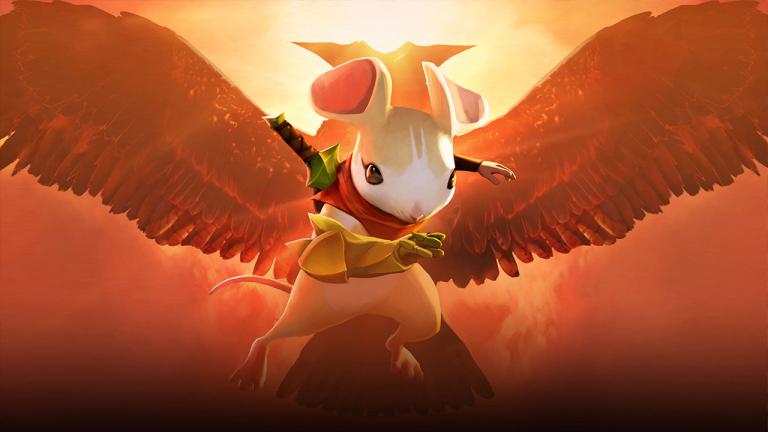 Once upon a time there was a reckless little mouse named Quill. Listening only to his determination, she once managed to free her uncle, Argus, from the yoke of Sarrfog. Yes, some stories end well and that of the young studio Polyarc is a good example of this. With the first Moss released on PSVR and PC in 2018, the Seattle-based band won over 80 awards and nominations and managed to place their rodent among the best titles to roam in VR. This sequel aims to hit harder while respecting the exploration/action/puzzle formula of its oldest. So, is everything smiling at the ball of fur again?

Loyal to his eldest

It’s been many months since we took the PSVR out of the box. Just the idea of ​​having to launch a tutorial to make the many connections and lock yourself in Sony’s big headphones with slightly outdated ergonomics wasn’t very exciting. A challenge that we took on humming anyway, as at the time of writing these lines we knew we were going to discover Quill’s new epic, exclusive to PSVR. Moss Book II is the direct sequel to Moss. The events begin a few minutes after Sarffog’s defeat and Uncle Argus’ rescue. Here, Quill is on a mission to retrieve five elemental relics to wipe out the warlike Arcans. Like the first episode, the player is in control of the Quill/Reader duo and must join forces to progress on the tables† The rodent moves using the controller’s left stick, while certain elements of the decor can be manipulated thanks to the powers of the “Reader”, a mystical creature that accompanies the mouse in its quest. Immersed in the wonderful world of Moss thanks to the PSVR, the player turns and tilts his head to better understand his surroundings. Indeed, it is not uncommon to discover a path hidden in the tall grass where it is recommended to bring Quill, or to dig up a rescue ledge hidden on the stone walls. It is often said that Moss is an exploration/action/puzzle game. It mainly tests the perceptive powers.

While the rodent can jump, swing and cling to ledges, it couldn’t get very far without the Reader’s magical powers. With the PSVR on their head and the controller in their hands, the user is the only one with the ability to interact with most elements of the environment. For example, he can move blocks to create paths, drop stalactites or even operate platforms. Book II required, Polyarc brought some extra powers to the entity to generate more actions between the player and the universe† For example, a simple push of the toad trigger can weave organic bridges between different platforms, or even grow ivy on walls. Later in the adventure, the hammer offers the ability to take blows when the player decides, revealing new gears in the game. All of these elements are meant to bring a little diversity to the puzzles the little mouse encounters: the further the player progresses, the more powers he gains, the more complex the confrontations and puzzles become†

That said, some situations already experienced in the first soft come back from time to time. For example, the duo must always find ways to place scarabs on switches, spin spiral staircases to reach certain places, and activate purple mechanisms to advance. While we wouldn’t have been against more really new elements, Moss Book II brings its share of new ideas in its bag, in particular thanks to the effects of the weapons which are the hammer and the Chakram. Enemies being balled up and then sent like pinball machines against his fellow creatures is also one of the simple pleasures Moss offers.

The PSVR on the head, stars in the eyes

When a game of Moss Book II launches, it (literally) jumps out because of the depth of field this episode gets. The sets are often gigantic, carefully composed, which reinforces the impression that Quill is decidedly too small to face the dangers that await her. Several times during the epic we lost long minutes admiring the surroundings for the pleasure of feeling immersed in the world. And what about the sublime music composed by Jason Graves? Again, they cover the action extremely well and almost bring us to tears during certain sequences. No delay is necessary, Polyarc has pulled out all the stops to deliver an interactive story like no other : the art direction is top notch, the graphics are beautiful, the animations are numerous, the bosses are impressive, what is told is beautiful. Perhaps we would have preferred a little more diversity in the levels visited. Those who made the first game will certainly have the impression that they see the same atmospheres a little too often during the different tours. Thanks to the studio’s good accessibility strategy, players who have not completed the first adventure will be able to easily understand how the universe works, without friction or frustration.

By choosing a third-person view where the user looks at the paintings, “laidIn the environment, the Polyarc software offers great visual comfort† People who are usually prone to motion sickness should be able to flip through Moss Book II with a smile on their face. Be careful though, if you decide to play seated, plan a generous empty space for you as sometimes it is necessary to move your path to the background to interact with objects. In general, the service deserved some adjustments† It’s not uncommon to miss a jump because the little mouse won’t cling to a ledge, while the inventory system in place makes it nearly impossible to switch weapons. Additionally, some powers aren’t the most practical in their performance, such as allowing Quill to perform a devastating dash, which is essential to reach certain areas. To pass, you will be prompted to charge the sword with square, then approach the Reader cursor, touch the sword by pressing one of the triggers and finally press square again to activate the move . One of the five times the dash ends up in the hole, because it is not possible to measure the strength of the momentum. Fortunately, the worries we mention don’t spoil an epic that manages to rely on its big brother’s strengths to deliver another wonderful adventure.† Even if the latter does not shine with unbridled originality now that the initial surprise effect has passed.

Once the adventure is over after eight hours of play, little Quill leaves a big mark on us. By integrating new weapons and new ways of interacting with both the landscape and the enemies, Moss Book II gains in depth. While some environments, puzzles, and opponents are redundant, Polyarc’s work is a joy. The element of surprise is definitely gone, but the design intelligence is still there. Long live Book III!