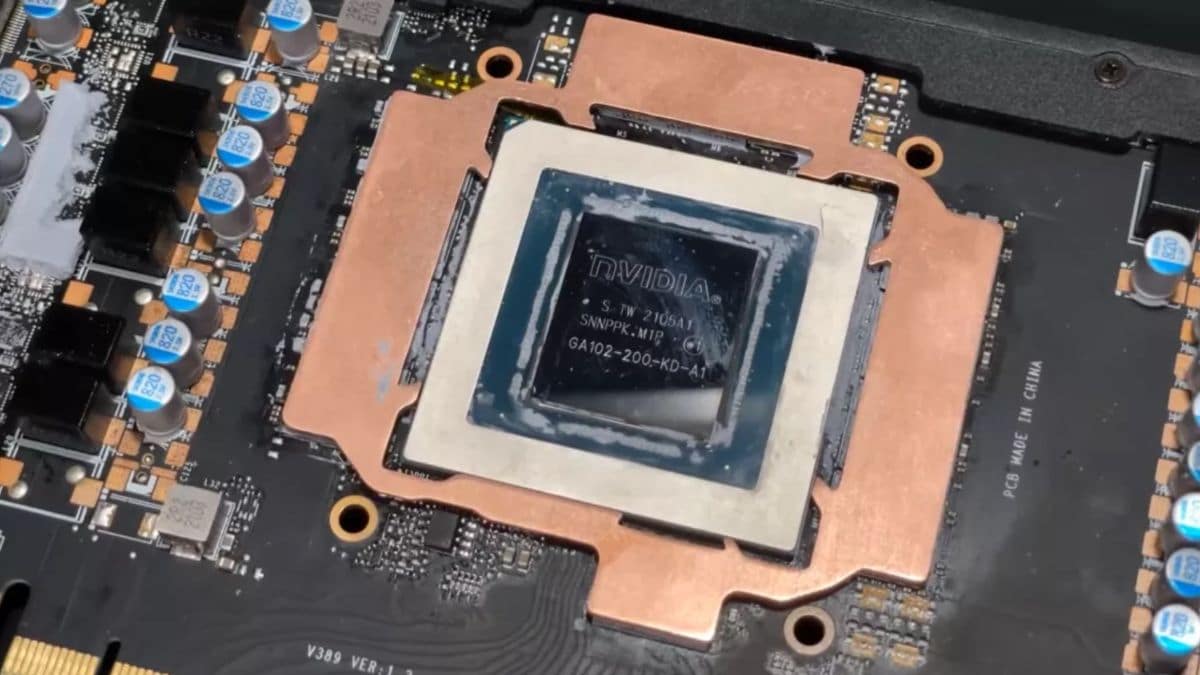 Some time ago we already told you about a modder who had fun applying for a job copper thermal pads to cool your RTX 3000 more efficiently† This manipulation would have made it possible to lower the memory temperatures by 46°C when used in mining. Well, it looks like it’s also possible to buy copper heatsinks for certain models of graphics cards, and it’s been possible for a while now.

Indeed, some specialty retailers offer copper plates for certain graphics cards. Thus, the company CoolMyGPU offers them not only for the Founders Edition, but also for custom maps from NVIDIA partner brands. The copper plates cost $57 to $65 excluding shipping and excluding thermal paste that must be applied extra. A much higher price than the simple copper thermal pads we saw the first time around. On the other hand, installation is facilitated.

Again, it is DandyWorks, already at the origin of the mod with the copper pads, that shows us this in a video that is at the end of this article. The procedure is quite simple and all you need to do is give the memory a good clean and apply thermal paste to make the magic work. But again, beware of short circuits, copper is a very conductive element. The copper plate should not touch any part, so you have to be very precise when installing. Moreover, such an operation will of course void the manufacturer’s warranty.

Although it is mainly the memory that increases in temperature less, it also affects the temperature of the GPU itself, but to a lesser extent.

Note that GDDR6(X) memory has a maximum junction temperature of 100°C and can easily reach 120°C in some scenarios, such as mining. To avoid damaging the memory chips, this is the step that should not be taken. On the one hand, the cards are designed not to exceed this limit (for example, by using thethermal limitation), but why not take care of it yourself by improving the cooling system if the temperatures remain too high for your taste? After all, the better the card is cooled, the longer it will last, at least in theory.