Home » Dreame T10 stick vacuum test: as simple as it is efficient 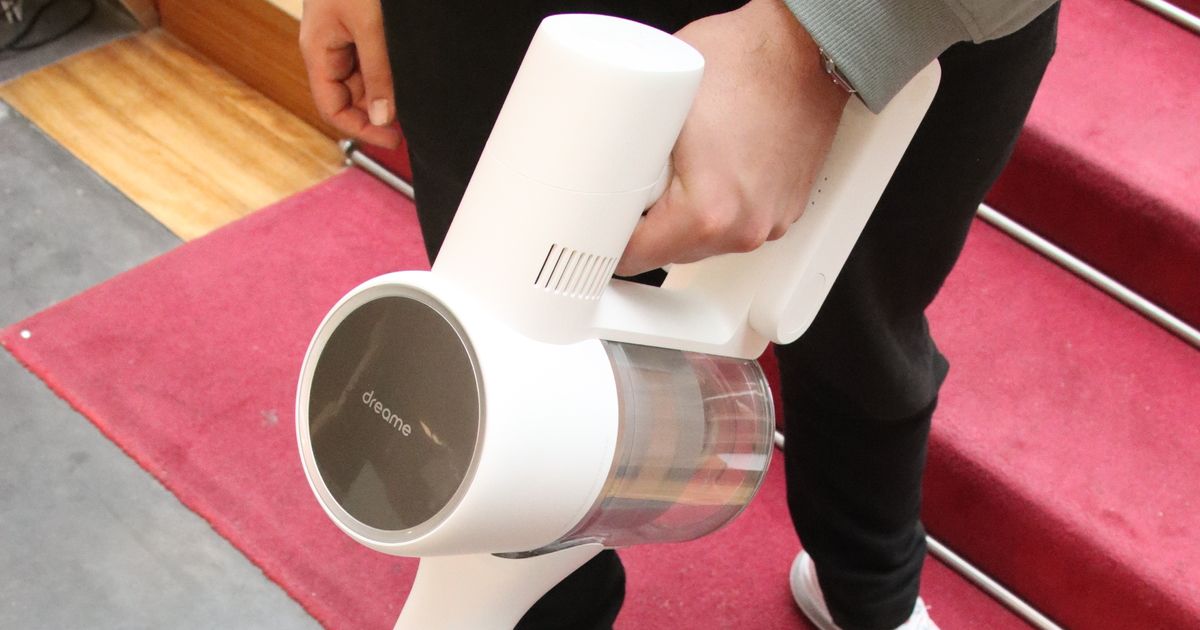 Even if it uses a stick architecture democratized by Dyson many years ago, the Dreame T10 is not what you might call a very original stick vacuum. On these devices, the heaviest part, including the motor, waste collector, and filter system, is near the user’s wrist. So we steer everything without too much muscle effort, even if the suction tube is stuck. This makes it possible to reach often hard-to-reach places, such as the corners of ceilings or the backs of furniture.

And to make it even easier, the Dreame T10 is relatively light. In manual vacuum mode, it weighs 1.65 kg. By attaching the tube and the suction head, it obviously gets heavier until it reaches 2.74 kg, but most of the weight rests on the floor and finally it does not weigh on the arm even if the cleaning session continues. Good point, the joints of the head are very flexible and even if it happens that it slips a little during the tightest turns, we pass the broom vacuum without incident.

Overall, the Dreame T10 also makes a very good impression and also seems quite well finished. The plastics, which are very pleasant to the touch, seem to be of good quality, even though this matte white can get dirty quickly. The various clips play their role of maintenance effectively, and the mechanical parts play smoothly.

Like the vast majority of stick vacuums, the Dreame T10 isn’t complicated to handle, even if it has a little subtlety in the form of a suction mode selector. Placed on the back of the engine block, the button decorated with a padlock allows to switch from a continuous aspiration to a fractional aspiration. In the first case, a push of the trigger will start the vacuum cleaner which will work until a second push – or until the batteries run out; we gain in comfort because it is not necessary to keep the wrist tight so that the machine does not stop. In the second case, when the trigger is released, the T10 stops vacuuming, which increases the autonomy of the battery, because it is no longer needed at the precise moment the user releases the lever, moves a piece of furniture or replaces trinkets for example a shelf. Each method has its advantages and disadvantages, and everyone can choose the one that suits them best, depending on the task at hand.

The rest of the controls therefore include the trigger and a three-level slider to choose the power level; It’s hard to make it simpler. A simple look at the Dreame T10 is enough to understand how it works. However, this sobriety does not only have advantages. Indeed, it is necessary to be satisfied with a simple trio of diodes on the battery (removable) to assess the remaining autonomy. A little more precision would have made it possible to plan your cleaning session effectively and not deal with too large a space with insufficient autonomy.

Good point, despite its limited price, the T10 is sold with many accessories. The box contains the essential long nozzle and flat brush, but also a flexible hose to replace the suction tube, and above all a mini electric brush intended for the maintenance of armchairs, sofas and sofas.

Dreame also supplies a wall-mounted base to store its stick vacuum. It is also used for charging thanks to the electrical connectors it is equipped with. Let’s make it clear to the less handymen among us that it is not necessarily necessary to assemble this base by leaving a drill, screw and dowel behind. The charger plugs directly into the main body of the T10 – which is not the case with all models; for example, we remember the LG CordZerototally devoid of a female socket.

Without making any sparks, the T10 fulfills its mission with efficiency. The V-layout of the brush’s hard bristles contributes to its good performance by limiting the rejection of waste at the rear.

On deep-pile carpets, for example, it vacuums 97% of the rice at normal power and 99% when switching on the turbo mode. The result is not perfect, but it is one of the best stick vacuums in our comparison on this surface.

On fine carpet and in 30 seconds the efficiency reaches 96% in normal mode and 98% in turbo mode. It takes a minute of vacuuming to clean up all the trash we’ve scattered.

Finally, on hard ground we harvest 100% of the rice in 30 seconds if we activate turbo mode, but “only” 97% in normal mode in the same period.

These results are very good, but other stick vacuums perform even better on fine carpets and hard floors by reaching 100% efficiency in 30 seconds in both normal and turbo modes.

Emptying the waste container is no problem. By pressing the button on the transparent wall, the hinged bottom opens and the waste falls into the bin. It is not necessary to disassemble the entire filter system to continue with the operation – as it was necessary with theElectrolux Hygienic Series 800 – and you also avoid getting your hands dirty with dust.

The T10’s multi-cyclonic filtration does its job perfectly; the dust is separated from the air before being diverted and trapped in the collector so that it does not come out. The proof, after we made him swallow 20 grams of cocoa powder, we weighed the foam filter and the HEPA filter on our precision scale after a few seconds of use. As a result, neither of them had arrived. This means that fine dust will not quickly saturate the filters – which would have reduced the suction power of the Dreame T10 and increased the frequency of filter maintenance.

And when it comes time to clean those filters, disassembling the bin containing the filter system (and the filter system itself, for that matter) is a breeze. It’s no more complicated to reassemble before putting it back in place after cleaning.

The same comment can be made for the rotating brush present in the suction head. It is held in place by a plastic part that simply needs to be turned to release the roller from its housing to remove any hair or long hair that has become entangled in it.