Home » OnePlus 10 Pro review: a good top of the range that doesn’t do enough 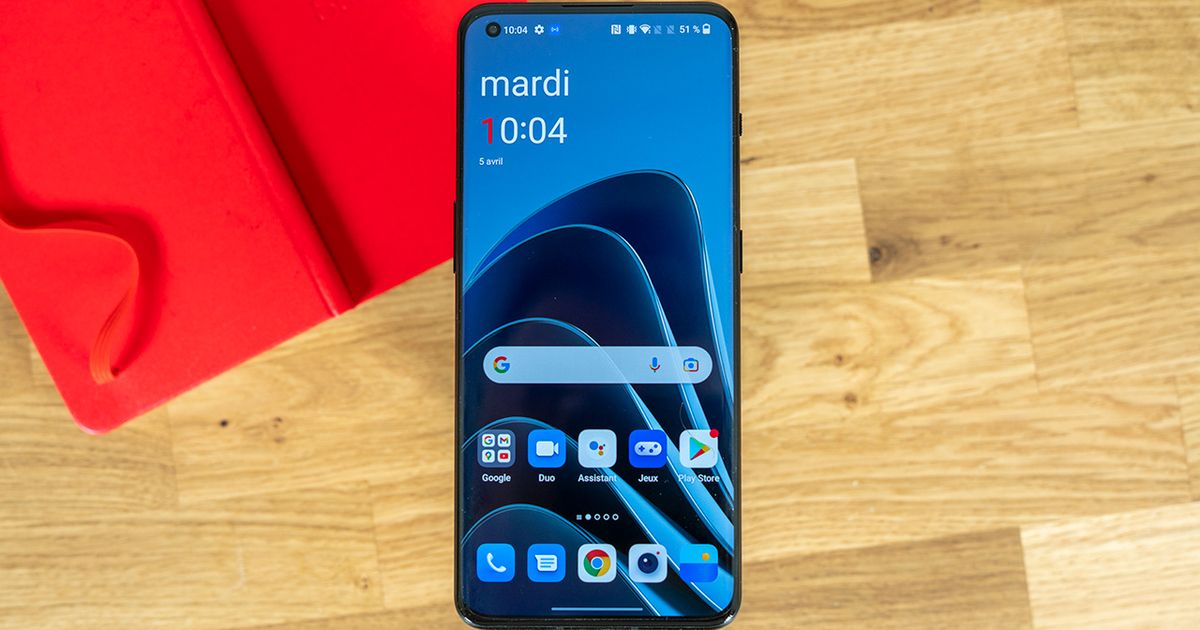 For its new flagship, OnePlus offers a display of three modules. The main one shows 48 megapixels: this is the famous IMX789 sensor that was already present on the OnePlus 9 Pro. In addition, there is a new 50 megapixel ultra-wide angle module, the Samsung Isocell JN1. Finally, to complete the picture, the 3.3x telephoto lens with 8 megapixel sensor has been renewed here. The 2-megapixel monochrome module that was present on the OnePlus 9 Pro disappeared this year. The partnership with the Swedish company Hasselblad, inaugurated last year, will be extended in 2022.

The promise of this OnePlus 10 Pro does not seem revolutionary. We can even say that it is very similar to what last year’s top model already offered. Let’s see if this is confirmed in the picture…

During the day, the OnePlus offers a much more contrasting image, even too much, a more flattering colorimetry and a better controlled lighting than on its direct competitor, the Xiaomi 12 Pro. The overall tone of the image is nevertheless quite flat. It loses that warm side created by the OnePlus 9 Pro last year.

At night, the trend is reversed. The photo of the 10 Pro is very edited, with a fairly strong flattening, despite a more than correct exposure. The Xiaomi manages to give its image more sharpness, which can be seen in particular at the end of the card.

In full definition, the OnePlus 10 pro doesn’t offer as much contrast during the day. The captured photo is much smoother and the colorimetry is no longer the same. At night there is no change from the standard 12-megapixel mode.

The new ultra-wide-angle sensor of this OnePlus 10 Pro is no more satisfying than last year’s and that’s a shame. As with the wide-angle lens, the colorimetry is quite neutral, but the contrast is too weak and the lack of sharpness rather obvious; the image has unfortunately been smoothed out.

In low light, the finding is relatively identical. The lighting is much better than the competition, but the software processing is too present here. This causes a lack of sharpness due to the strong flattening. Again, the colorimetry is pretty cold.

As with the wide angle, the ultra wide angle of the OnePlus 10 Pro allows you to shoot in full definition (50 megapixels). Unfortunately, this adds nothing more to the standard mode (in 12.5 megapixels).

The observations from the two previous modules remain valid on this optical zoom. The magnification is certainly greater than that of the Xiaomi, but the level of detail is not so important. The OnePlus 10 Pro lacks contrast and the colorimetry isn’t as flattering as its opponent… or even the previous model.

At night, the shot is completely crushed. The software processing is way too strong, completely smoothing out our photo scene.

At the front, the new OnePlus flagship features a 32 megapixel module that delivers a more than satisfactory performance. Color management is excellent. Hasselblad’s software processing seems to be much less involved than with the main sensors on the back. The brightness is well controlled and the level of detail is good, despite visible equalization when, for example, zooming in on a face.

Portrait mode is also very good. Up front, the result is one of the best we’ve seen on Android. The clipping is excellent, the smartphone manages to capture the whole of a subject, without bumping into what is usually missing (hair, beard, ears, glasses… just to name a few). The bokeh is very nice and doesn’t look overly forced. We also get very good results with the main module. In short, the portrait mode of this OnePlus 10 Pro approaches excellence.

In video, the smartphone can film in 4K at 120 fps or in 8K at 24 fps (versus 30 fps on the OnePlus 9 Pro). The wide-angle module and the telephoto lens both feature Optical Stabilization (OIS), which makes the vibrations almost disappear.