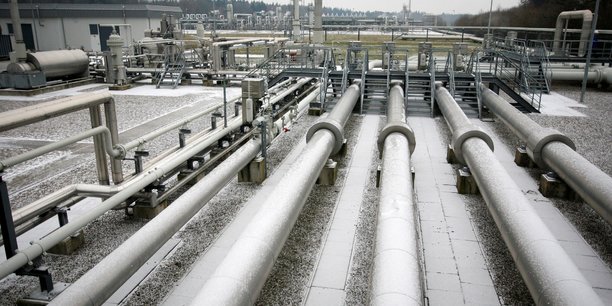 While the European Union struggles to get rid of Russian gas, which represents 40% of its imports, the Baltic countries (Latvia, Estonia and Lithuania) have stopped importing natural gas from Russia. A big challenge. According to Eurostat, in 2020 Russia accounted for 93% of Estonian natural gas imports, 100% of Latvian imports and 41.8% of Lithuanian imports.

“Years ago, my country made decisions that make it easy for us to cut energy ties with the aggressor today,” Uldis Bariss, CEO of the Latvian storage company, told Latvian Radio on Saturday.

The Baltic States are now supplied with gas from gas reserves stored underground in Latvia. “If we can do it, the rest of Europe can too!” added Uldis Bariss.

On Twitter, Lithuanian President Gitanas Nauseda also called on the rest of the European Union to follow the example of the Baltic countries: “No more Russian gas in Lithuania from this month,” he said.

Russian gas: why Europe is trapped

Unlike the United States, which is less dependent on Russian gas, the EU has not imposed an embargo on Russian hydrocarbons. But pressure is mounting after Thursday’s announcement by Moscow to force buyers from “unfriendly” countries to pay Russian gas in rubles from accounts in Russia, as well as the willingness of Brussels and the UK to impose new sanctions on Russia after the massacres of civilians in Boutcha .

German Chancellor Olaf Scholz said Western allies will agree on new sanctions in the coming days. lRussian President Vladimir “Putin and his supporters must suffer the consequences” of their actions, he said in a statement to the press at the chancellery.

“And we will continue to supply Ukraine with weapons so that the country can defend itself.

German Defense Minister Christine Lambrecht said on Sunday that the European Union should talk about a ban on the import of Russian gas.

Berlin had so far rejected calls for a total embargo on imports of gas, oil and coal from Russia, because its economy, like that of other European countries, was too dependent on this energy source.

But on Sunday, Christine Lambrecht said EU member states should now discuss such a ban, according to a message from her ministry on Twitter.

The EU has been working on new sanctions for some time, but on Saturday Economy Commissioner Paolo Gentiloni said new measures will not affect the energy sector.

Payment for Russian gas in rubles? In retaliation, Brussels is studying new sanctions against Russia