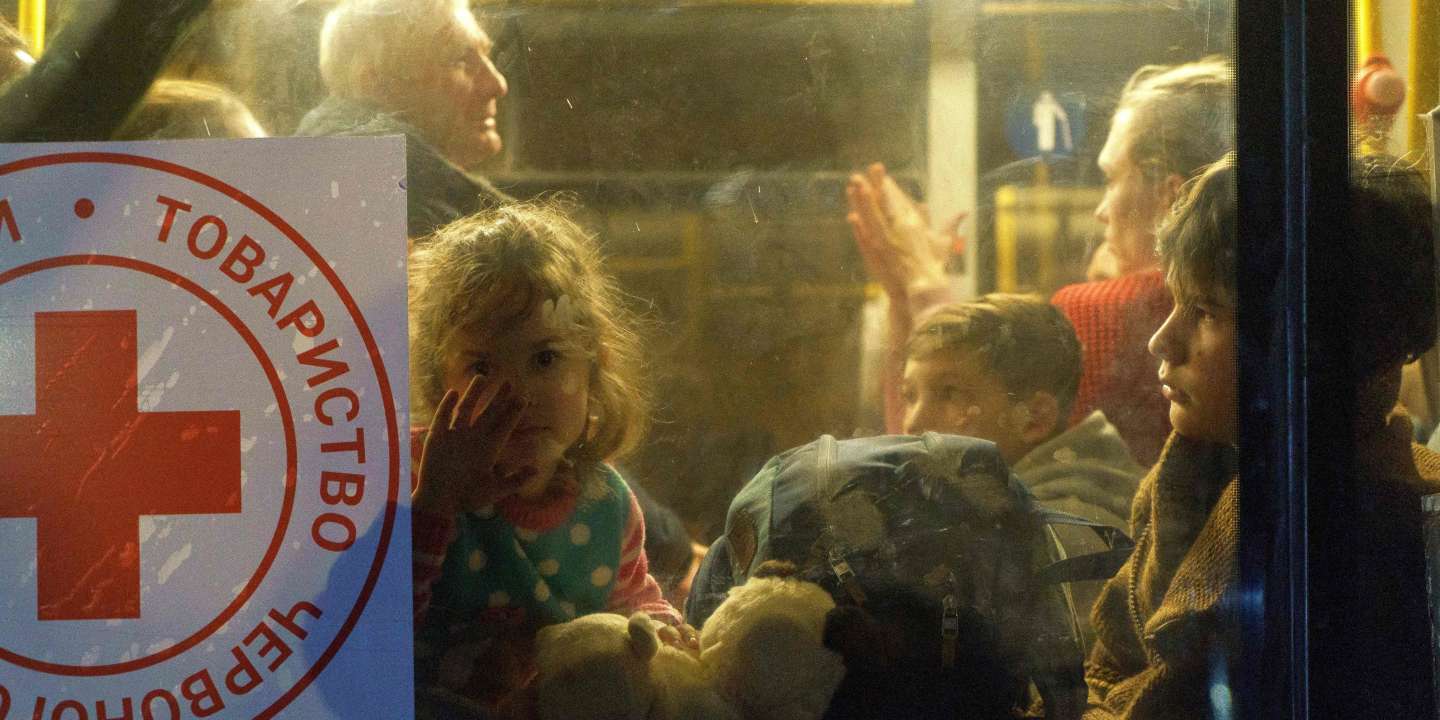 Nadiejda has just got out of a car in front of the reception center set up at the southern entrance to the city of Zaporizhzhya to accommodate the arrival of refugees. Mariupol, Ukrainian city on the shores of the Sea of ​​Azov, tortured by the war since the Russian attack. She speaks to the medical staff. No anger in her voice, just a survival instinct that makes her raise her voice more than she wants to. Speak loudly to try in vain to ward off a fear that has taken root in her. As if the terror hadn’t stopped when it left Mariupol and that the rain of shells that had not stopped falling on his city for a month had not stopped. Part of his forehead covered with a bloody bandage that needs to be changed.

Read the decoding: Why Mariupol is a Priority Target for Russia

While staying with my husband, her daughter and her son-in-law in her house in the Primorsky district, near the port, still in Ukrainian hands, she tried to get out on foot and by bicycle. “We had to give up because of the bombing. We went to the basement less and less. But on Friday, a shell hit the roof. There I was injured in the skull and in the hand. †

Fortunately, the car, which was not hit, was able to flee to Mangoush on Saturday 2 April. His forehead had a new bandage, his flow of words slowed suddenly. Nadiejda then plunges her infinitely sad eyes into those of her interlocutor: “I felt good in this country, in my life, in my work, in my home, and that’s when it all started. †

“The fear is palpable”

This Saturday, in this center that is always full, the veil of the horrors that lived in Mariupol can be read in the eyes of all those who have just come out of this hell of fire, without water, electricity, gas or telephone. Children, young people, adults, mothers, old people, hardened men, no one seems to escape it. As if an inexorable distance is frozen in a stare that at the same time clearly sees other images of nameless violence scrolling past. We see the same reality every time. These inhabitants of Mariupol are no longer hostages of a ruined city, but their minds will be forever scarred by this experience between life and death.

“Nearly 2,000 people arrived by bus last night and this morning, and nearly four hundred passenger cars are still stuck on the road at checkpoints 50 kilometers from here”, explains Vadislaw Moroko, who manages the flow of displaced persons from Mariupol and the surrounding area for the regional military administration. The convoys, which arrived in Zaporijia on Saturday, had to pass 12 Russian roadblocks, increasing the vexatious searches. But for once, Vadislaw sent his buses to Berdyansk for a reason. Mariupol residents had been able to go out and reach this city.

You have 69.92% of this article left to read. The following is for subscribers only.