Home » “Butcher”, “dictator” … Why Joe Biden stepped up his speech against Vladimir Putin? 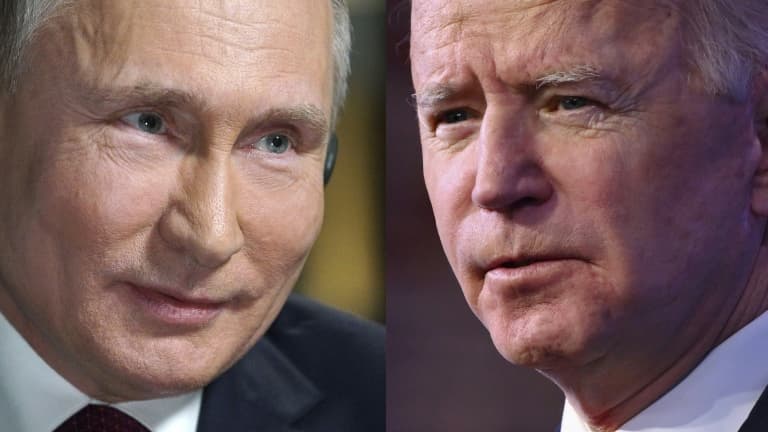 The president of the United States has made particularly violent remarks against his Russian counterpart, while Europeans favor a more diplomatic approach to Russia after the invasion of Ukraine.

Words noted to say the least. Joe Biden attacked Vladimir Putin head-on and repeatedly on Saturday, calling him a “butcher” and a “dictator” during a meeting with Ukrainian refugees and then a speech in Warsaw. The US president also said his Russian counterpart “must not remain in power” before the White House nuances his comments.

An unprecedented change of tone since the beginning of the Russian invasion of Ukraine. First, because the 46th President of the United States is the only one, for military, economic and political reasons, who can afford to express himself in this way.

“The only one who can attack Putin”

These attacks could be phrased “because he can and he is the only one in power,” said Anthony Bellanger, international political adviser for BFMTV.

“I remind you that the difference between the military budget of the United States and that of Russia is one in ten,” the adviser said initially.

For example, the tenant of the White House responds to provocations from Russia and restores a balance of power.

Anthony Bellanger also sees an economic argument that allows for these comments, indicating that “the United States does not” a priori no serious business relationship with Russia and can do without any of their products”.

Finally, he believes that “Joe Biden wants to get back to the center of the game”. For this, the head of state explains “that the war will last, so it is not the time for negotiations, (…) it is time to raise the stakes” and to respond “with the words” to the “real and physical violence by Putin’s Vladimir,” said the adviser.

“The path of diplomacy” for Europeans

On the other hand, for countries like France or Germany, members like the United States of NATO, such an exit would prove more risky.

“Europeans have Vladimir Putin as a neighbor,” Anthony Bellanger recalled. Consequently, “we choose the path of diplomacy”, he analyzes.

Although the European Union has taken a drastic series of measures to hit the heart of the Russian economy, many of its member states remain dependent on Russia’s energy supply.

The President of the United States on Saturday spoke in a particularly harsh tone towards Vladimir Putin and strongly condemned the invasion of Ukraine.

“This man cannot stay in power out of love for God,” he pleaded before the White House shut down, saying Joe Biden had not called for “regime change” in Russia.

Words that Russia did not appreciate. The Kremlin spokesman on Saturday called on the United States president to remain “thoughtful” and called his attacks on Vladimir Putin “personal insults”.