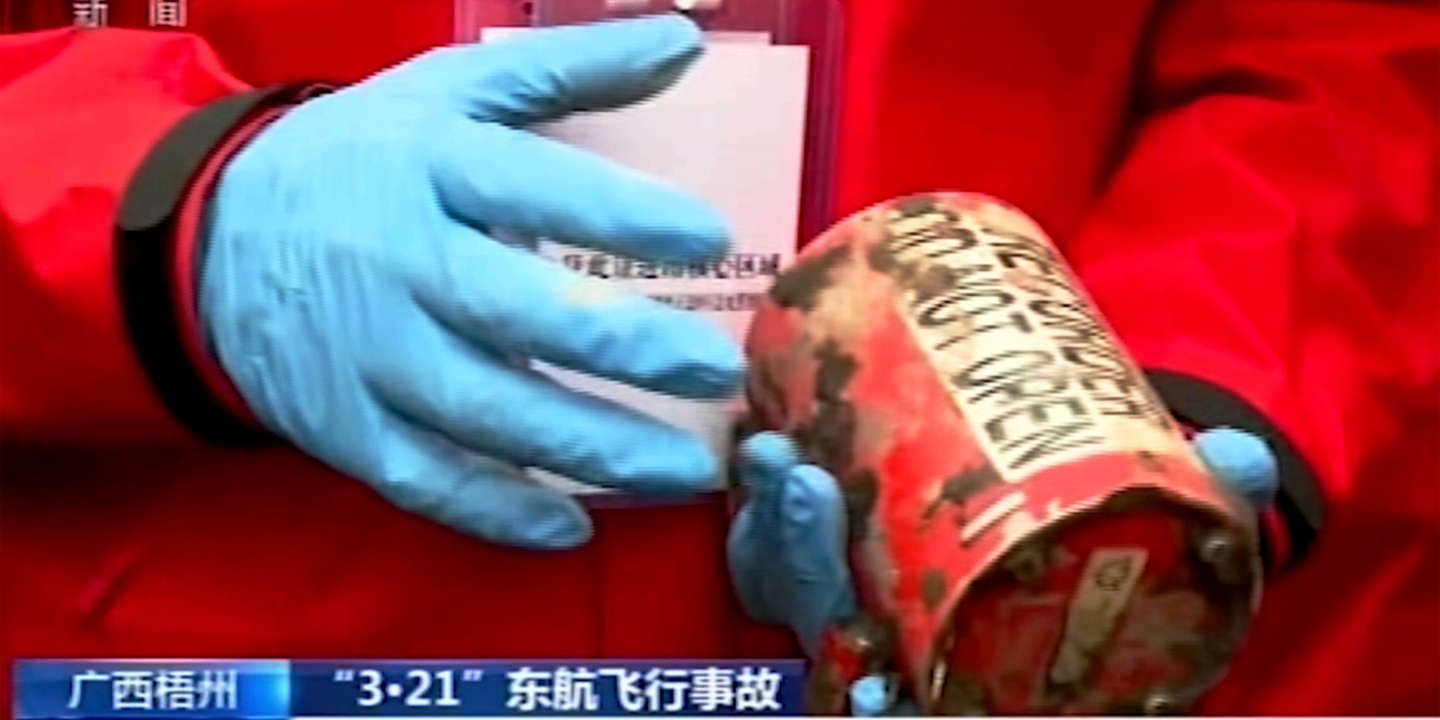 The second recorder containing data from the flight that crashed in China was recovered on Sunday, March 27 and could help solve the mystery of: the dizzying fall of the plane in a few minutes†

This recorder contains flight data such as speed, altitude and heading.

The causes of the disaster killing all 123 passengers and nine crew members, are not yet known. All those on board had Chinese nationality.

Also read: Article reserved for our subscribers Crash in China: ‘Boeing risks a difficult investigation and further deterioration of its image’

A first flight recorder, which contains conversations in the cockpit, was found on Wednesday and sent to Beijing to be decrypted. Its analysis should take several more days.

On Sunday, public television broadcast CCTV footage of rescuers salvaging the second orange-colored cylinder under a bit of dirt, which was found five feet deep at the roots of a tree.

With the two black boxes from the plane now found, investigators should have the first elements of a response to the causes of the accident within days or weeks.

After confirming the identities of the vast majority of the victims through DNA testing, the Chinese Civil Aviation Administration (CAAC) announced on Saturday night that all people on board the plane were dead.

This is the worst plane crash since 1994 in China, where air safety is rated very good by experts.

Hundreds of rescuers and investigators, some dressed in all-white protective suits, continued their search at the scene of the tragedy on Sunday.

On this sloping and earthy hill, surrounded by dense vegetation, aided by orange or yellow excavators, they have recovered debris from the aircraft, human remains and any element that could be used for the investigation.

According to the specialized site FlightRadar24the plane lost nearly 21,250 feet (6,477 meters) in just one minute.

After a short climb, it dove again, according to the plotter 4,625 feet (1,410 meters), to 3,225 feet (983 meters) off the ground. There are no data for the next flight. According to several experts, this data is relatively unusual.

There are currently no suspicions about the captain and his two co-pilots, who have accumulated 6,709, 31,769 and 556 flight hours respectively, China Eastern said.

Based on a preliminary investigation, the service data of these pilots were: ” very well “ and their family situations were: “harmonic”the airline said.