Home » DOES IT ALL UNDERSTAND – Why is France expelling 35 Russian diplomats? 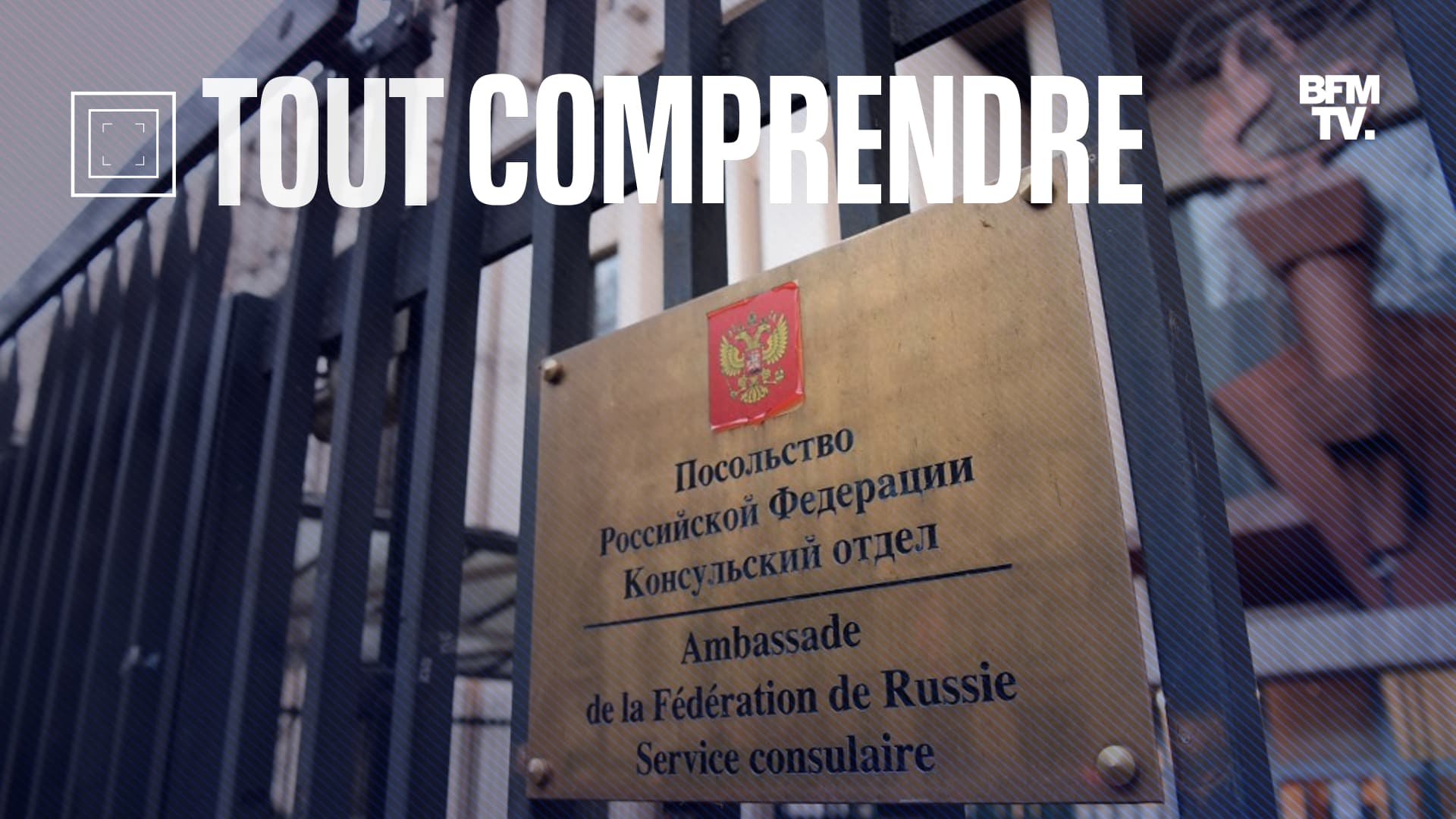 This approach, coordinated with other European countries, is aimed at members of the Russian diplomatic staff suspected of espionage activities.

On Monday, the French Foreign Ministry announced the expulsion of “many Russian personnel with diplomatic status assigned to France”. As the Russian invasion of Ukraine continues for more than a month after its launch by Moscow, and as Western chancelleries unanimously condemned the abuses in Boutcha this weekend, the Quai d’Orsay justifies this move with activities “contrary to our security interests” . by the persons concerned.

According to information from BFMTV, 35 members of the Russian embassy in France will have to leave France. This is the most significant expulsion of Russian diplomats since the Farewell Affair, which in 1983 had made it possible, thanks to Soviet double agent Vladimir Vetrov, to designate 40 members of the Soviet embassy in Paris as spies.

However, the French initiative does not stand alone. Before Paris, many European countries carried out similar evictions. On March 23, Poland expelled 45 “Russian spies posing as diplomats”. This Monday, according to AFP information, Germany also designated 40 members of the Russian embassy in Berlin as “persona non grata”.

• On what grounds are these 35 diplomats being deported?

In his communicated, the Quai d’Orsay remains vague about the reasons justifying the expulsion of the 35 Russian diplomats. The list of those affected has not been released.

“We remain very diplomatic in the press release to explain that these 35 diplomats were ‘contrary to security interests’. Which means they are spies, very simple. There are different ways to do espionage. We can eavesdrop, illegal things but also misinformation,” explains Patrick Sauce, international political columnist for BFMTV.

The statements of the German Foreign Minister support this claim. Annalena Baerbock said the diplomats who were evicted from the Russian embassy in Berlin on Monday “posed a threat to those who seek protection from us”, i.e. the Ukrainian refugees.

Since the beginning of the Russian offensive in Ukraine, the Twitter account of the Russian embassy in France publishes multiple false or inaccurate statements about the conflict in Ukraine. Recently, the embassy distinguished itself by publishing cartoons of Europe licking the buttocks of Uncle Sam, labeled “unacceptable” by Emmanuel Macron.

Espionage charges that don’t surprise Sylvie Bermann, diplomacy adviser for BFMTV and French ambassador to Russia from 2017 to 2019.

“We generally expel spies from the country, because it is the great tradition of the KGB. Russian embassies have a lot more staff than our embassies. Many of them are in the GRU (the Russian military intelligence service, editors note), or in any other service,” she stated on BFMTV.

• Why were these diplomats suspected of espionage not expelled earlier?

This waltz of evictions comes after a weekend marked by the exposure of abuses against civilians in Boutcha. Joe Biden, like Emmanuel Macron, has indicated that President Vladimir Putin must answer to international justice for these accusations.

Nevertheless, the expulsion of the 35 Russian diplomats stationed in Paris is not a direct response to the atrocities committed in this commune on the outskirts of Kiev. This announcement “was really the last step, but you should know that this list has been prepared for several days,” underlines Patrick Sauce.

“It is one of the most difficult. This is also the case for the embassies of the United States and Germany. We know that there are a certain number of people who are members of foreign services, or are so porous that they participate in intelligence missions,” says Floran Vadillo, president of the think tank L’Hétairie. “The game is more or less to keep an eye on the facts of these agents.”

He nevertheless said he was “very surprised at the very late nature” of the evictions by certain European countries.

• What legal text is this approach based on?

Legally speaking, diplomatic staff present in Paris enjoy internationally recognized legal immunity. In addition to their diplomatic passport, they have a special residence permit of three years, which can be extended for another two years.

Nevertheless, the State Protocol and Diplomatic Events Directorate indicates that “in the event of a serious or repeated failure, the protocol will have to take various measures, from a simple warning to the declaration ‘persona non grata'”.

It is therefore on the basis of “serious and repeated failure” that the 35 Russian diplomats are being expelled from the country.

• How will the departure of diplomats from French territory take place?

As revealed by BFMTV, Russian Ambassador to France Alexei Meshkov will be summoned this Tuesday by the Quai d’Orsay to be briefed by a member of the ministry of the list of expellees.

On BFMTV, former ambassador Sylvie Bermann returned her call from the Russian Foreign Ministry, while stationed in Moscow, to inform her of the resignation of four French diplomats. Giving an inside look at this codified diplomatic procedure.

“I was summoned by the Director-General for European Affairs, who told me: ‘Here such and such a person in such a position has activities that are not in accordance with his diplomatic status. (…) You have eight days to pack your things bags. I called them in the car to warn them, because there are bank accounts to be closed, children are going to school…” she stated.

A “non grata” diplomat has a week to leave France. He retains his diplomatic status, but it is impossible for him to apply for asylum on French territory. Russia must recall the person concerned to its territory and ensure that his departure is effective. If the latter does not happen, France can expel the diplomat like any other individual.

• Is this a step isolated from France?

As the European Union announces new sanctions against Moscow this week, the expulsion of the 35 Russian diplomats is part of a coordinated approach at European level. On Monday, the day of the French announcement, Berlin also announced that it would expel a large number of diplomats from the country.

• What response can you expect from Moscow?

Until now, when expelling its diplomats, Russia applied the “mirror” theory. For example, if Berlin announced the expulsion of 15 Russian diplomats, Moscow expelled 15 German diplomats.

The latest statements on Dmitry Medvedev’s Telegram, former president of the Russian Federation, are not the most reassuring. He said: “If this continues, it will be appropriate, as I wrote on February 26, to slam the door of Western embassies. It will be cheaper for everyone. And then we will finally look at each other the others, without further ado, via the viewfinder”.