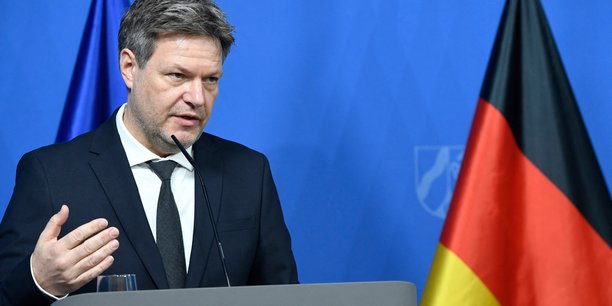 The new German coalition (SPD, Greens and Liberals), which came to power only a few months ago, still has a lot of work to do. For in the meantime, the advent of the war in Ukraine has weakened at best, shattered at worst some of the policies that have been conducted across the Rhine for decades. Also in terms of energy, while the country’s immense reliance on Russian hydrocarbons, necessary to run its economy, seemed to everyone’s eye.

Conscious of ” urgency to get rid of it, however, the cabinet does not intend to make a major turnaround. But intends to accelerate the strategy of “Energiewende” that has been started in the territory for almost twenty years, which consists in investing abundantly in renewable energy by phasing out nuclear energy, then in the end fossil fuels. On Wednesday, the executive thus publicly confirmed its ambitious target, already presented at the end of last year, to reach 80% renewable energy sources in the German electricity mix by 2030 – up from 65% earlier. That’s nearly doubling the share of these low-carbon energy sources in less than a decade, as that figure rose to 42% by 2021.

† This is the biggest energy policy change in decades “, welcomed the Minister of Economy and Climate, Robert Habeck (Greens) during a press conference in Berlin.

The public interest of renewable energy sources as enshrined in law

In concrete terms, the management wants to give an impulse to the installation of wind turbines and photovoltaic panels in order to ” energy independence “of Germany. First, these will be considered in law as being ” of public interest » and serve « public safety “since” renewable energy has now become a matter of national security † emphasizes the 500-page plan divided into six laws.

Climate: how Berlin wants to get rid of fossil fuels for good

In terms of production, orders of magnitude remain broadly the same as those presented by Robert Habeck in January, as the onshore wind turbines in the long run will always have to occupy 2% of the area of the country, compared to less than 1% currently available for this purpose. And this, by easing certain installation rules, stifled by too much” bureaucracy So 10 GW could be added per year, according to the text, ” so that by 2030 a total of about 115 GW of wind energy should be installed in Germany », at 56.1 GW Today.

Concerning thesolar energyshe will ” mandatory for new commercial constructions”, and becomes † the rule for new private constructions Specifically, the expansion rates will be increased to a level of 22 GW per year, 4 times more than the current average, so that a total of about 215 GW of solar capacity can be installed in Germany by 2030 (compared to 54 GW in 2021). in general, the whole law on renewables will be revised so that renewables can be developed” with the necessary dynamism †

However, not everything has been won. Because in addition to local resistance, an internal discussion is shaking the German environmental party about the impact of a massive development of these infrastructures on the environment.

† There are trade-offs between how fast for the climate and how slow to protect biodiversity […] The apparatus of the party of the Greens is divided into two main lines, the ‘fundamentalists’ and the ‘pragmatists’. “, specified to the gallery in January Thomas Pellerin-Carlin, Director of the Energy Center of the Jacques Delors Institute.

There is a particular problem with the creation of huge wind farms, which for some require extensive studies to prevent excessive deaths of birds and bats, which can be hit by the blades. Robert Habeck, aware of the divisions on the subject, had acknowledged at the beginning of the year that these new installations could lead to dissension and called for ” cooperation of the greatest number †

Above all, this plan raises the question of the real place that fossil fuels will occupy in the future mix. For although Chancellor Olaf Scholz (SPD) reiterated yesterday his opposition to delaying nuclear phasing out to reduce dependence on Russian resources, renewables may not be enough to stabilize the electricity system, at least not in the short and medium term. . Indeed, unlike the atom and hydrocarbons, these low-carbon energy sources are intermittent on the day-to-day scale and remain uncontrollable (an energy is called manageable if it allows electricity to be supplied with a low carbon content without variation linked to meteorological or geographic conditions). circumstances). Result: According to the German Federal Network Agency, depending on the months, days and hours, the electricity that comes out can currently cover between 10% and 100% of the area’s immediate energy needs.

So even if the country has massively invested in renewable energies – much more than France -, which is reflected in their spectacular progress in the electricity mix (from 7% in 2000 to 42% in 2021), the share of coal still flirts with 25 % today. %, against an average of 13% in the European Union.

Coal can benefit from war

And the current international crisis could exacerbate this phenomenon. While Germany wants to get rid of Russian gas to produce its electrons, Chancellor Olaf Scholz confirmed in late February that Berlin wanted to build a coal reserve, which is needed alongside renewable energy sources. And that the authorities could thus decide to increase the extraction of lignite on the territory, after all the most polluting fossil fuel of all.

Especially since a possible European embargo on coal, oil and Russian gas could further increase this risk – even if Germany threatens to block the process, as the government still claims it is impossible to pass on gas.” at this time Because if the supply of hydrocarbons were stopped to force Vladimir Putin to give in, the states most dependent on it might be tempted to make up for the gas losses by buying more thermal coal, for which the world market is much more flexible in producing the electricity they need.

Still, for now, Germany is maintaining its goal of getting out of the black rock at all costs.” if possible by 2030. A commitment to build modern gas-fired power stations to meet growing electricity and energy needs at competitive prices in the coming years ‘ the director recently explained. However, these thermal power plants, if they pollute less than coal, still emit much more greenhouse gases than nuclear reactors.

In order to supply these, the country therefore wants to develop LNG terminals, these port infrastructures that can receive gas in liquid form, for example from the United States. Formerly, in a distant horizon and whose contours remain vague, to be able to rely on biomethane from the fermentation of waste, or even on hydrogen produced by electrolysis of water, thanks to the tree renewable energysources.

Ukraine: why the European embargo on Russian coal won’t be enough to make Putin bend