Home » Invasion of acid-spitting pests in the United States: towards a solution to eradicate them 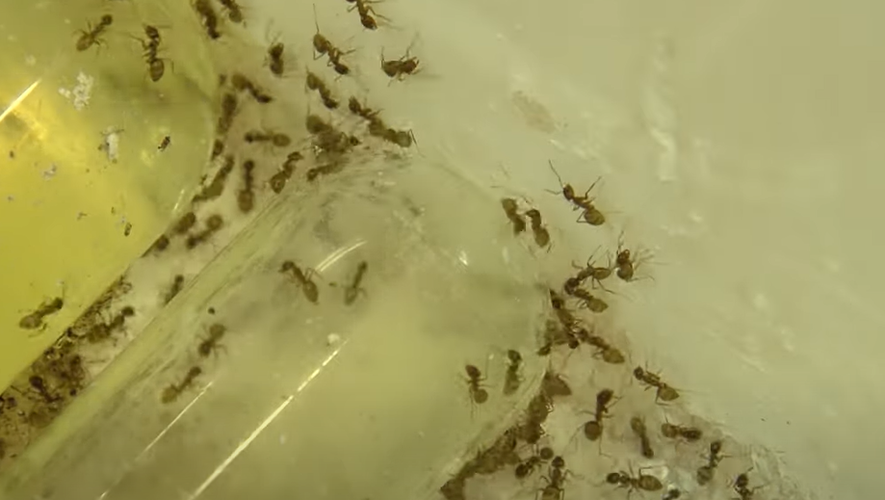 These insects, native to South America, are also spreading to the United States where they cause massive damage.

A real plague often strikes Texas, Mississippi, Florida and Louisiana: the invasion of tawny mad ants – whose scientific name is Nylanderia fulvac – endangers the ecosystem of the place where they spread.

Uncontrollable and interfering everywhere, barely a few millimeters in size, they manage to expel local insects – they can make species disappear whole, such as spiders or centipedes – but also small animals – such as chickens, rabbits and they would have even attacked cows -, in their spit on it and blind them for example as reported the independent†

They also attack electrical appliances by causing a short circuit and can thus crawl into the houses.

For years the remedy to prevent this invasive species remain unsuccessful, but a scientific publication could restore hope to get rid of these invaders who destroy everything in their path.

An unknown fungus as a solution

For twenty years, scientists have been trying to find a solution to the problem. But now a team of researchers seems to have mushroom† The results of their work have been published in the journal Proceedings of the National Academy of Sciences on March 28.

They managed to isolate a fungus that could attack these pests. This fungal pathogen called Myrmecomorba nylanderiae causes the death of the ant in question without attacking the other species.

Researchers from the University of Texas in the United States worked on the subject for nearly eight years.

The fungus in question emerged when they studied the ants taken for work. Some had big bellies. Inside were spores that destroy infected ants.

The origin of this fungus is unknown, but scientists believe that it comes from the place of origin of the species of this ant and that it carried it with it while migrating.

They then tested the pathogen in real life at Estero Llano Grande Park in Weslaco, Texas. Indeed, wild ants had invaded the park and destroyed the other species.

One of the authors of the publication, Edward G. LeBrun, explains that in this place, “it was apocalyptic, rivers of ants were going up and down from every tree. So that’s where we started the experimental process, because there was nothing to do. losses .”

They therefore deposited certain specimens infected with the fungal pathogen — the famous fungus — near the mad ants’ breeding grounds. At the same time, they attracted other ant populations that had been wiped out by the mad ants.

And the results were compelling: In a matter of months, the invasive ants saw their population decline until they were practically gone and the other species regained their rights.

Clarifying that “that doesn’t mean mad ants will disappear,” LeBrun said in a statement: UTNews the day of publication of the study.

“I think it has a lot of potential for protecting sensitive habitats with endangered species or areas of high conservation value.”