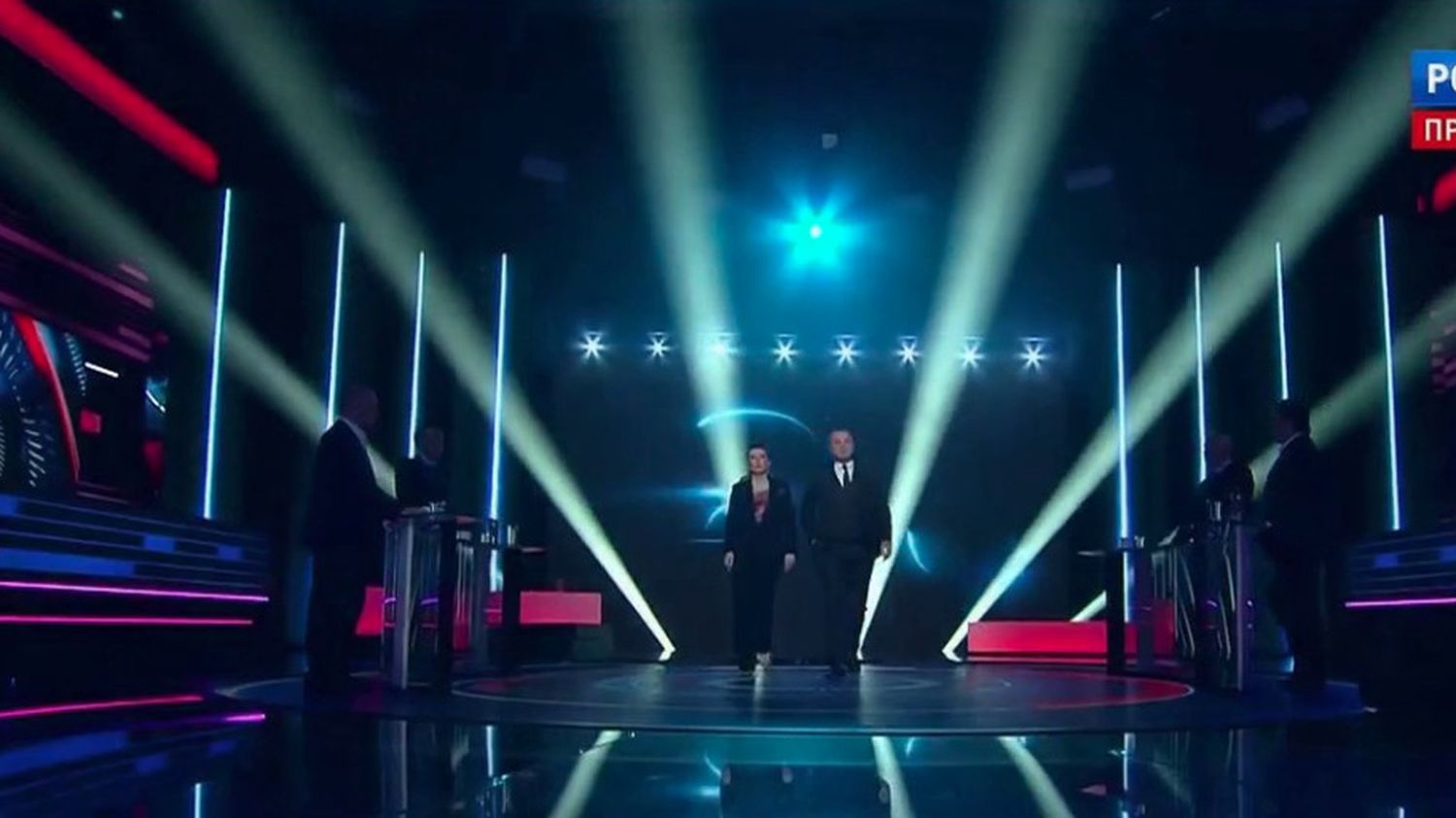 It is an upside-down mirror, a revised history written every day, with experts deciphering the image of a Russian army coming to rescue the population that waited. The presence, Saturday, March 26, of Joe Biden in Poland has only accentuated the anti-Western discourse. Decryption of one of the most popular talk shows in Russia.

It is one of the most important talk shows in Russia, the name: “60 minutes”. With a neat decor, the very popular program is broadcast twice a day on state television. BEE the head of the show, a couple. The presenter is on the list of personalities under sanction. The two animators are known for having close ties to Vladimir Putin. In the sights of the guests that evening the visit of the American president to Poland. “Look when he eats that slice of pizza, it really is a symbol of the decadence of the West”we hear.

Then the show shows Joe Biden’s reaction to a Russian reporter: “We have to show our intentions about sanctions. The most important thing for us is to stay united”† “Do you understand what he’s saying?”, we respond to the set of the Russian program. Smile between the guests. Then comes the highlight of the show “60 Minutes”, the point on the forehead. A soldier presents only the positions bombed by the Ukrainians. A map of the advance of Russian troops in Ukraine regularly punctuates the show. The political scientist who comments takes almost word for word Vladimir Putin’s arguments to justify “the special operation”†