Home » War in Ukraine: The Mysterious Objectives of the Kremlin 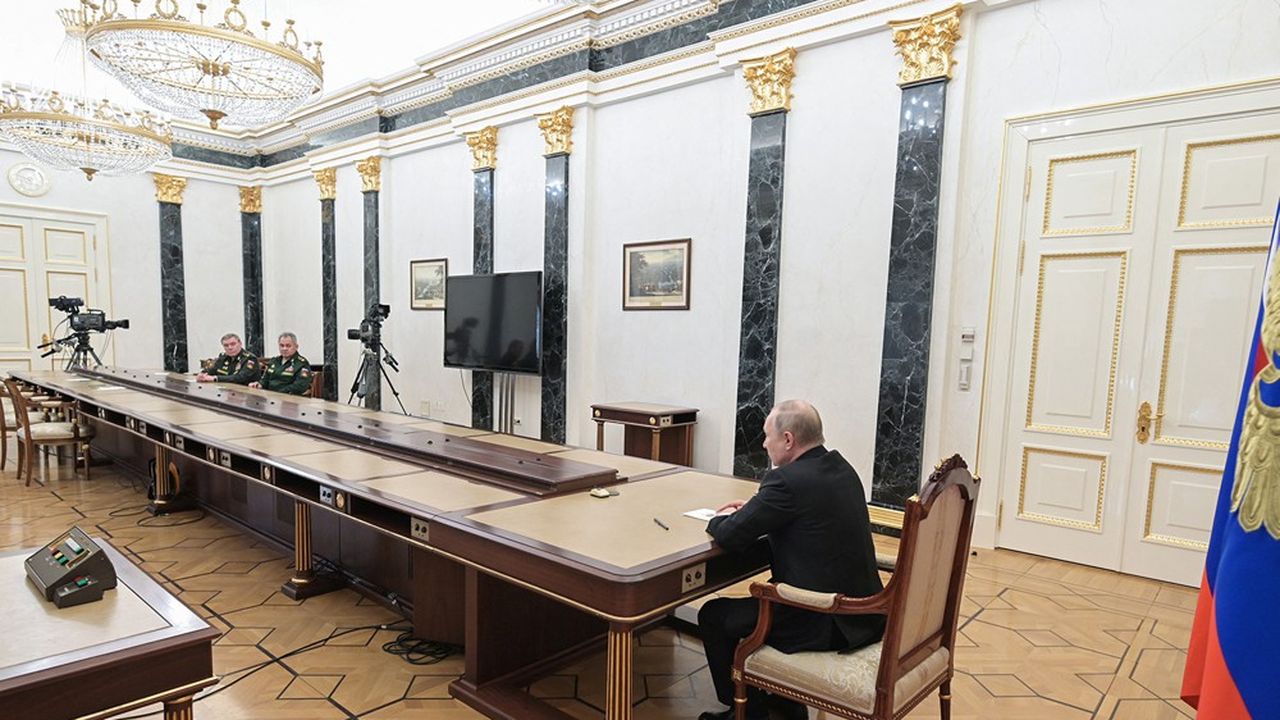 The Kremlin’s opacity is well known, but is made even thicker by the fog that comes with every conflict. What are Moscow’s military and political goals now? And are disagreements starting to arise among Russian leaders given the setbacks on the ground?

The only virtual certainty is that Vladimir Putin would like to declare victory, whatever it may be, on May 9, the anniversary of the Soviet victory over Nazi Germany. As he claims to be working for the “denazification” of Ukraine, according to a European diplomat in Moscow, he will need “results after more than two months of operations”.

The Donbass and nothing but the Donbass

The fact remains that the Russian Ministry of Defense assumed a complete tactical turnaround on March 23 with only the conquest of the Donbass as its new goal. A region of about 50,000 km2 of which Moscow has owned 40% for eight years. There is no longer any talk of conquering Kiev, or even the south, where the army has not advanced since the swift capture of Kherson. “The purpose of Vladimir Putin’s operation and plan is not known to anyone, said Andrei Kolesnikov, a political scientist at Carnegie, but we have a feeling that strategy and tactics are changing quickly. †

These reversals lead some to envision discord in the Kremlin. The White House spoke on Thursday about the house arrest of certain advisers to Vladimir Putin, without further details. Defense Minister Sergei Shoigu, loyal to the president for 20 years, was not seen in public for two weeks.

Even if the minister returned to television on March 29, political scientist Mikhail Vinogradov finds it “strange” that it is “usual to declare that the target of the operation is the Donbass and that the conscripts will not be sent to the front”.

What Andreï Kolesnikov wipes out: “Everything is going well with Shoigu. The elites are by no means divided, and neither are the masses. On the contrary, the operation is being hysterically supported,” according to a poll 83% support, even if the sincerity of the respondents is far from guaranteed. “The elites have nowhere to go if they jump aboard, they will sink or swim with Putin. †

“The fact is that Putin decides alone and no one can challenge him anymore. Not out of fear, but because they understand that they must show themselves as true patriots and support the decision of the leader,” recalled a Russian source well-versed in the decision-making processes surrounding Vladimir Putin. “Around him, people may be against the conflict, but they don’t say it…”.

This is confirmed by the editor-in-chief of the radio station Ekhos in Moscow, recently closed under pressure from the authorities, Alexei Venediktov: “No one can contradict Putin. And despite the rumors that please Westerners, today there are no flaws in the system. Neither the president nor his family can admit that this offensive was a mistake. †

However, some observers point to communication problems between the Kremlin and its delegation during talks with the Ukrainians in Istanbul on Tuesday. The head of the delegation, Vladimir Medinsky, welcomed the “substantial” progress with the Ukrainians, while Kremlin spokesman Dmitry Peskov saw “nothing new”…