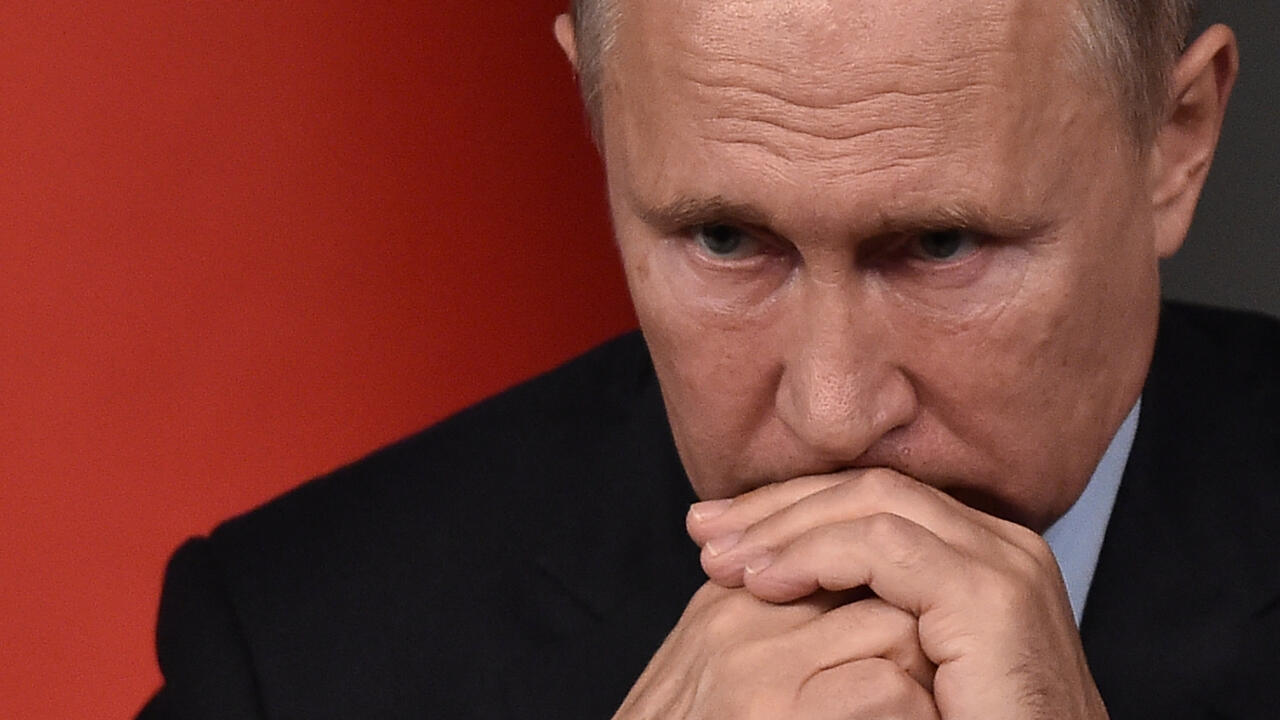 The United States on Wednesday announced a new round of economic and financial sanctions, which it describes as “devastating” against Russia, most notably against the Russian president’s two daughters, Maria Vorontsova and Katerina Tikhonova, whose assets have now been frozen. in the country. An unprecedented sanction in the immediate vicinity of Vladimir Putin.

The United States wanted to hit hard. Washington has taken a step by punishing the family of the Kremlin master for the first time. The White House announced a new set of sanctions against Russia on Wednesday, April 6, targeting the country’s banks and elites, as well as the Russian president’s entourage. Vladimir Poutineby imposing sanctions on the latter’s daughters, because of the “atrocities in Ukraine” after the Russian invasion† Their assets have been frozen and they no longer have access to the US financial system.

Maria Vorontsova and Katerina Tikhonova, in their thirties, came from Vladimir Putin’s marriage to Lyudmila Putina, from whom the Russian president announced that he was divorcing in 2013.

>> To read also: “War in Ukraine: Alicher Ousmanov or the limits of the hunt for Russian oligarchs”

The eldest, Maria Vorontosa, is being sanctioned for her role in Nomenko, a major healthcare investment project company that provides “significant sources of revenue” to the Russian government, according to the document.

His sister, Katerina Tikhonova, runs a support fund for young Russian scientists, set up by companies whose leaders are “members of the circle of oligarchs close to Putin,” according to the same source.

From Russian oligarchs to Putin’s daughters

The two daughters of Russian President Vladimir Putin have always stayed away from the public sphere and little is known about them.

The U.S. Treasury Department identified the two women as Katerina Tikhonova, “a technical director who…supports Russia’s defense industry,” and Maria Vorontsova, who leads a state-funded genetics research program in Russia and “personally is controlled by Putin”.

According to a senior US official, Washington is convinced that “Putin’s assets are being hidden by members of his family”.

>> To see: “Eldorado of the Russians, Montenegro is worried about its future”

The official biography of the Russian president on the Kremlin’s website claims that his daughter Maria was born in 1985 before the family moved to Dresden, East Germany, where Vladimir Putin was sent as a KGB agent.

His second daughter, Katerina, was born in this city the following year. The only photo of the two women shows them as little girls with ribbons in their blond braids.

Through a few rare comments over the years, Vladimir Putin reveals that his daughters received their higher education in Russia, speak several European languages ​​and live in Russia.

But the general public knows little about them apart from this brief information, as the Kremlin has kept Vladimir Putin’s family life firmly out of the public sphere.

According to some Russian media, Maria Vorontsova is an endocrinologist who works at a major medical research firm focusing on cancer treatments and has ties to the Russian state.

Russian media have also identified Katarina Tikhonova as a mathematician who heads a scientific and technological foundation affiliated with Russia’s main state university.

She is also a professional acrobatic rock’n’roll dancer and has participated in prestigious international competitions, according to the same media.

Videos from these tournaments show her dressed in sparkly costumes, in particular leaning on her partner’s hands before being catapulted into the air for an acrobatic return.

At a press conference in 2019, Vladimir Putin declined to directly answer a question about his daughters’ growing influence in business and their ties to the state.

The Russian president also did not recognize that Maria Vorontsova and Katarina Tikhonova were his daughters, simply calling them “women”.

Several years earlier, at another press conference, Vladimir Putin had nevertheless claimed to be “proud of them”.

“They continue to study and work,” he said, before adding that they were “not involved in any business activities” or “politics”.

In 2020, the Russian president said in an interview that due to “security concerns” he would not share information about his family, while still specifying that he had grandchildren, without giving their numbers.

“I have grandchildren, I am happy. They are very good, so nice. I enjoy spending time with them,” Vladimir Putin said at the time.