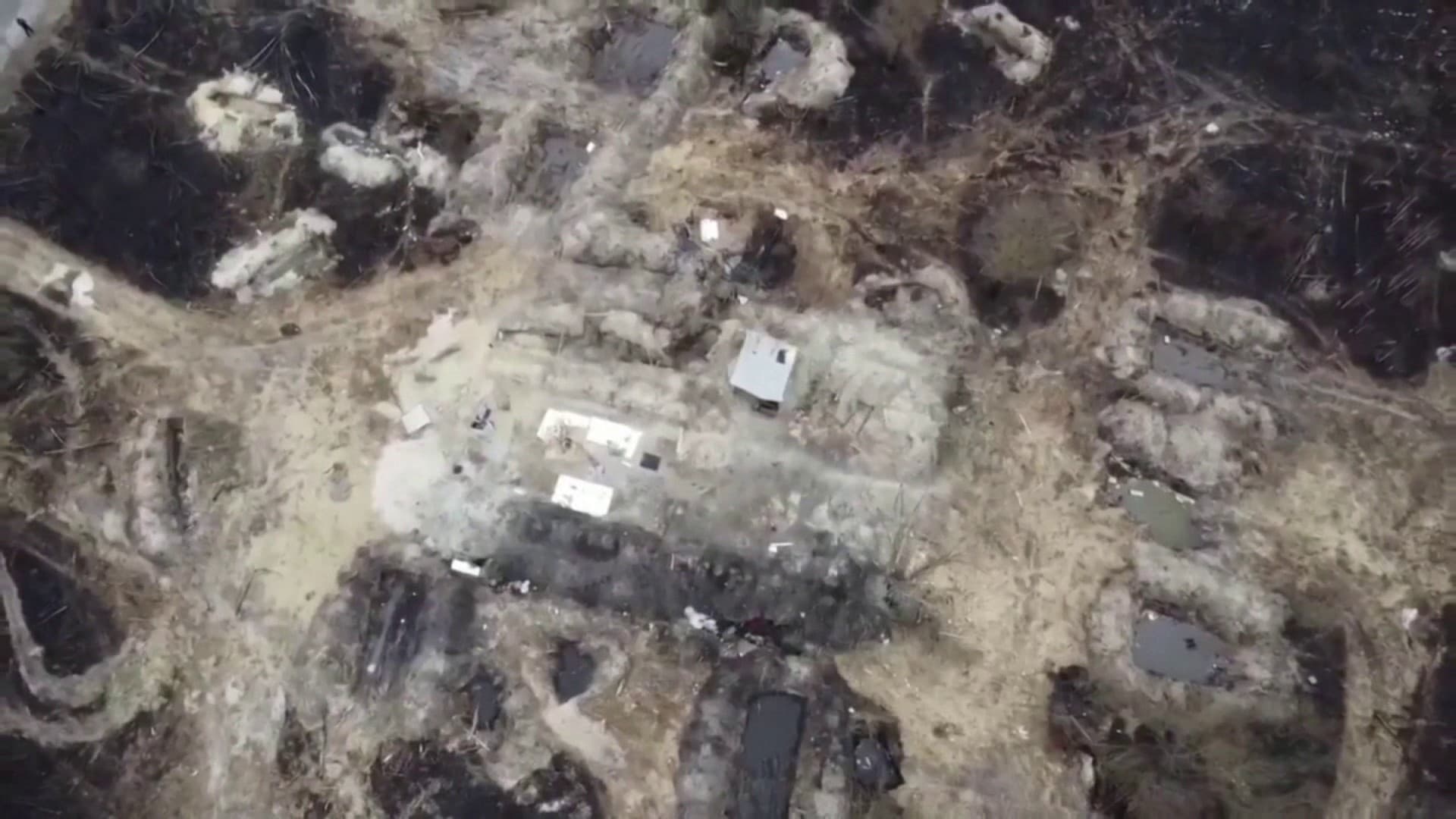 The Red Forest, located in the immediate vicinity of the Chernobyl nuclear power plant, has one of the highest infection rates in the world. This is where debris ended up when the nuclear reactor exploded in 1986.

It gets its name from the color trees take on when exposed to radiation. The Red Forest is located in the immediate vicinity of the former Chernobyl nuclear power plant, theater of the worst nuclear accident in history in 1986. It is one of the most radioactive areas in the world. This did not stop the Russians from digging trenches there as part of the invasion of Ukraine, as confirmed on video Wednesday in support of the Ukrainian General Staff.

On February 24, the first day of the Russian invasion of Ukraine, Vladimir Putin’s forces took control of the former nuclear power plant, now surrounded by an exclusion zone with a radius of 30 km. Five weeks later, the same Russian troops announced that they would be leaving the factory. The local media then pointed to the radiation to which the soldiers allegedly had been exposed, without being aware of the accident that had taken place there, to justify their hasty departure. In the process, the International Atomic Energy Agency had announced it was opening an investigation to confirm or deny these allegations.

On BFMTV on April 1, Petro Kotin, the president of Ukraine’s state-owned nuclear power company, indicated that many Russian soldiers had started building “fortifications in this forest where the radioactivity is so high”.

“The Russians moved into the forest, the most irradiated area during the disaster. Here the pieces of fuel had fallen after the explosion. There are also cemeteries of highly radioactive nuclear waste (. ..) Even if they were only in this forest for 24 hours, it’s enough to be sick,” said Petro Kotin.

Until now, the media had few details about these “fortifications” dug by the Russians. But this Wednesday, the Ukrainian General Staff unveiled on its Facebook account a video recording in this Red Forest, where we clearly see the traces of a military occupation of the site. The video, which appears to have been filmed by a drone, then tilts its lens to reveal the immediate vicinity of the plant, characterized by the imposing metal sarcophagus that covered reactor number 4.

Evidence of fortifications being dug in the Red Forest indicates that Russian soldiers were exposed to significant levels of radiation. As reported Reuters news agencythe Red Forest is considered so polluted that even workers working in Chernobyl are not allowed to venture there, even if they have special permissions.

An employee of the old factory told the news agency that convoys of Russian vehicles had also contributed to the increase in radioactivity.

“A large convoy of military vehicles used a road just behind the factory, and this road leads in front of the Red Forest. The convoy threw up a significant amount of dust. Many detectors detected elevated levels of radioactivity,” he said.

A March 2016 report published by the Nuclear Safety Radiation Protection Institute (IRSN) illustrates the danger of the site. “In Chernobyl, the forest covering 53% of the exclusion zone with an area of ​​2600 km2 created after the accident has suffered irreparable damage. In the first weeks after the accident, 90% of the pines died, leaving the ‘red forest’ originated in an area of ​​6 km2 and in an area of ​​38 km2 (…) 40-75% of the trees have turned brown and 95% have been affected in their growth. During the cleaning work, dead trees were cut down and buried over an area of 4 km2”, indicates the mail†

The Ukrainian state agency responsible for the Chernobyl exclusion zone, in turn, has shared on Facebook many photos of the site emptied of the Russian residents. There are numerous destructions of installations and files.