Home » will Serbia also be in the Rafale? 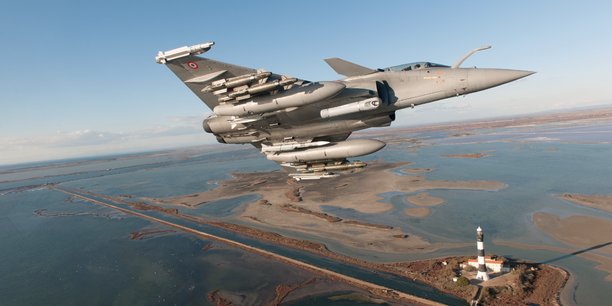 There is no doubt that Dassault Aviation mainly followed the Serbian presidential elections, which took place on Sunday. And in particular the re-election of Aleksandar Vucic. Why so much attention from the aircraft manufacturer? Because the possible sale of 12 new Rafale in Serbia in 2022 is at stake, according to concordant sources. And the re-election of the Serbian president should facilitate this operation. Initially, the talks focused on just six aircraft, later eventually on 12. Dassault Aviation is said to have made its offer at the beginning of March. The purchase of new combat aircraft would allow Belgrade to modernize its fleet, consisting of MiG-21 and MiG-29, as well as 30 old Yugoslav fighters Soko J-22 Orao and Soko G-4 Super Galeb.

Contrary to other current prospects, Dassault Aviation believes in Serbia even if a contract is far from being signed and signed. Mainly because it seems unlikely that the Serbs will buy American planes, remains of the F-16 shot down in 1995 can be seen in the aviation museum near the airport during the operation. “Refuse flight”† However, the war in Ukraine could have reshuffled the cards, as Serbia was the only European country to refuse sanctions against Russia.

This albeit modest order, however, would allow Dassault Aviation to gain a foothold in Serbia and then be in a strong position on another tranche of Serbian Air Force acquisitions. For the aircraft manufacturer, there are no small orders, only orders. Finally, after Indonesia, Dassault Aviation wishes to sell the Rafale in a new country after filling up the user countries of the Mirage 2000 (Egypt, Qatar, India, UAE and Greece), with the exception of Taiwan, of course, but also Peru.

After Greece (12 new planes and 12 used) and Croatia (12 used), Serbia would be the third European country to choose the Rafale after the failures in Switzerland and Finland in 2021. The export of the Rafale to Europe is in line with France’s desire to strengthen European partnerships and strengthen European preference in terms of arms purchases. Like the sale of the three FDI frigates in Greece this year, the Rafale contracts will allow to perpetuate in 2021 and 2022 the trends already observed in previous years regarding the significant share of French arms exports to Europe.

A humble customer of French manufacturers

Serbia has so far been a modest customer of the French arms industry. Over the period 2011-2020, arms exports to Serbia amounted to 205.2 million euros, with many lows such as those in 2012 and 2014 (0.7 million) and a peak in 2019 (€115.8 million). In particular, that year, the European missile manufacturer MBDA received a contract from Belgrade for the sale of Mistral 3 short-range anti-aircraft systems.